“The Zulu come out strongly to reject mandatory vaccines,” reads a tweet posted on 26 September 2021.

It includes a TikTok video of people in traditional Zulu dress marching down a street and chanting. Text over the clip reads: “The Zulu come out to strongly reject mandatory vax,” with an emoji of the South African flag.

The Zulu come out strongly to reject mandatory vaccines.

The Zulu are the largest ethnic group in South Africa and isiZulu the most widely spoken language. 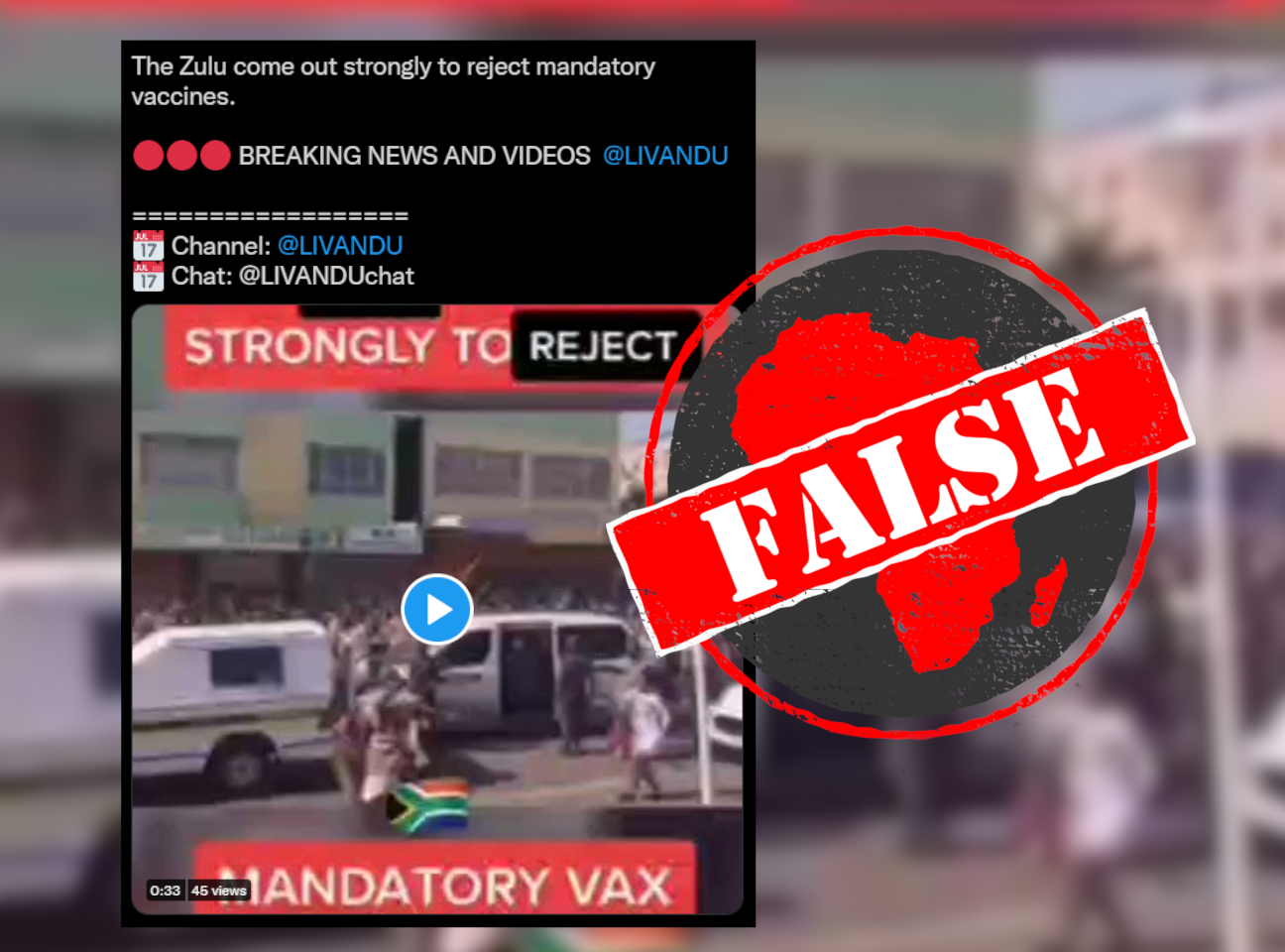 The video first appeared on TikTok with the caption: “Battle Cry! Our medicine is not made in a lab! Plants heal us!”

But while the video is real, it doesn’t show a protest against mandatory vaccination.

The original video was posted on Twitter by Siphamandla Gorge, a journalist for South African news outlet eNCA, on 24 September.

Here its caption reads: “#heritageday2021 More Amabutho nezintombi arrive KwaDukuza to commemorate uMkhosi weLembe. AmaZulu King, MisuZulu KaZwelithini is set to address this year's commemoration.” There is no text over the original video.

In KwaZulu-Natal province the holiday is celebrated as Shaka’s Day, as 24 September is believed to be close to the time that Zulu king Shaka Zulu died. Shaka Zulu was a conqueror credited for bringing the Zulu kingdom together.

Vaccines not mandatory in South Africa

South Africa’s government has not made vaccination mandatory. Some businesses have opted to insist that employees are vaccinated against the disease.