Are 30,000 children really 'trafficked' in South Africa every year? The claim exaggerates the problem

Media outlets
This article is more than 9 years old

Human trafficking is rife in South Africa, if recent press reports are to be believed, and children are at particularly high risk of being traded and prostituted.

As many as “30,000 kids trafficked in SA” read a headline in The Times in October 2013. A similar article appeared in the Pretoria News, suggesting that “at least 30,000 children" are trafficked and prostituted annually in South Africa and "50 per cent of them are under the age of 14”.  The paper attributed the claim to Roxanne Rawlins of Freedom Climb, “a project that works with trafficked people around the globe”.

The claims are not new.

In the run-up to the 2010 Soccer World Cup, campaigners and non-governmental organisations predicted an upsurge in human trafficking and prostitution in South Africa. In January 2010, for instance, a Time Magazine article reported that “aid groups estimate that some 38,000 children are trapped in the sex trade” in South Africa. An earlier IOL News article estimated the number to be higher: “It is believed that 40,000 women and children were trafficked during the World Cup in Germany in 2006, and it is estimated that close to 100,000 could be affected next year [in South Africa].”

The figures are certainly alarming and appear regularly online, and in newspaper, radio and television reports. They are seldom interrogated by the reporters who quote them. But are they really accurate? Is there research to back them up?

What is human trafficking? 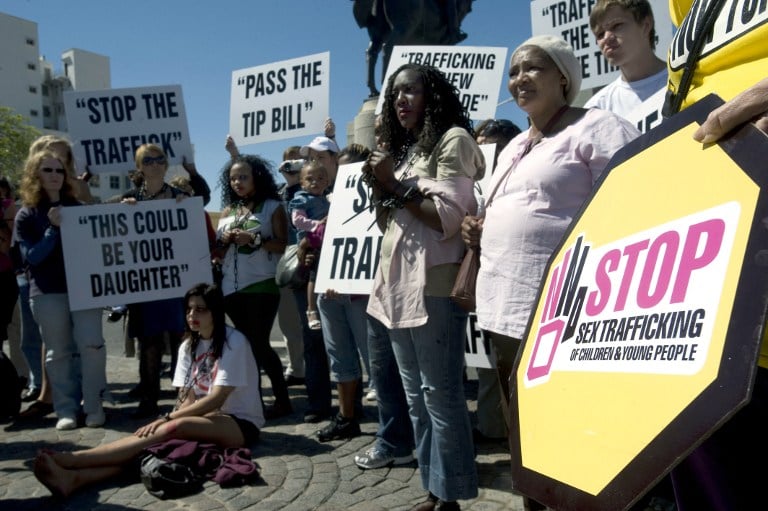 In July 2013, South African president Jacob Zuma signed the Prevention and Combating of Trafficking in Persons Bill into law. The bill lists three requirements that have to be met for human trafficking to have occurred:

A clear understanding of these requirements is important as it excludes certain activities such as voluntary sex work and illegal migration.

Where do the estimates originate? 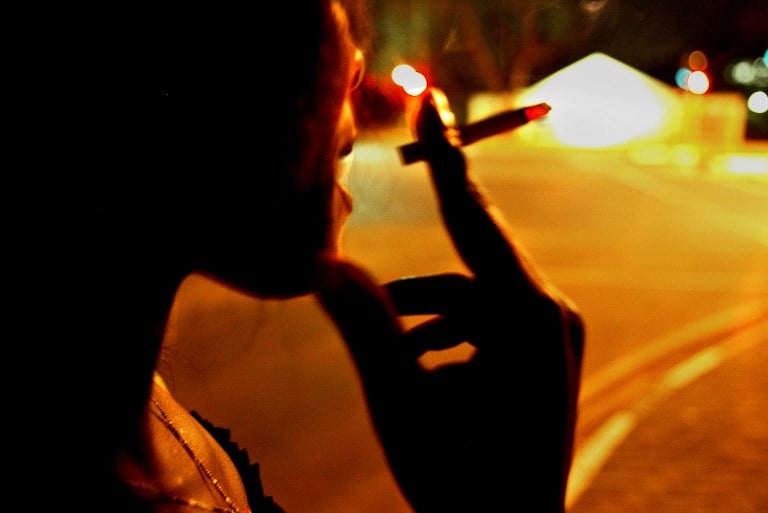 Africa Check asked Rawlins and Stafford about the sourcing of their estimates.

Rawlins told Africa Check via email that the figure of 30,000 originated from an International Organisation for Migration Report on "internal trafficking" in South Africa which was published in 2008, a “US AIDS” research report (she may have meant USAID) and a study by the National Centre for Justice and Rule of Law, based at the University of Mississippi school of law in the United States.

Rawlins said she had been misquoted in the Pretoria News article and said she had told the newspaper that there are 30,000 children “currently” being prostituted in South Africa, not annually as they reported.

However, the International Organisation for Migration’s 2008 report “No Experience Necessary”: The Internal Trafficking of Persons in South Africa does not estimate that there are 30,000 children currently being trafficked for the purpose of prostitution in South Africa. Nor does it claim that 50% are under the age of 14.

Africa Check was unable to locate the other two documents that Rawlins cited. We emailed her requesting links to them but did not receive a response.

When Africa Check asked Stafford for the source of her claim that 45,000 children are being prostituted in South Africa she said that she used research from children’s right organisation Molo Songololo, the NGO Missing Children SA, a 2004 News24 article and a study by Thozama Lutya from the University of Pretoria’s department of social work and criminology.

A 2000 report from Molo Songololo, a child rights organisation established in 1979, claimed that “social workers and officers of the [police’s] Child Protection Unit (CPU) estimate that there are 28,000 child prostitutes in South Africa.” The report references a June 2000 Reader’s Digest article. Africa Check was unable to locate the article.

The study by Lutya refers to an IOL News article and states that “according to Bolowana’s (2004) research, about 40,000 South  African female teenagers were already working as prostitutes by 2004”. The article is no longer available online.

Africa Check contacted Angela Bolowana, the author of the article, who confirmed that her article had used non-governmental organisation estimates, not quantitative research.

Current Missing Children SA records do not support Stafford's claims either. In 2012 the organisation reported that it had dealt with 304 missing children and 256 cases of missing adults. Only 2% of these cases were as a result of human trafficking.

Are these estimates accurate? 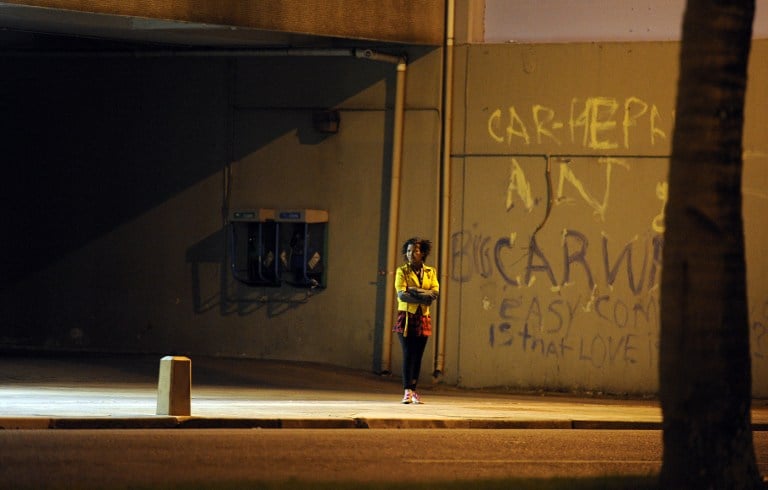 Estimates compiled by Molo Songololo and the International Organisation for Migration have been questioned by a senior researcher at South Africa’s Institute for Security Studies’, Chandre Gould.

In her book, Selling Sex in Cape Town, she states that Molo Songololo “drew very broad conclusions about the causal factors of trafficking and the nature of trafficking practices, based largely on anecdotal evidence” and frequently conflated child prostitution with trafficking.

Gould suggests that the intention of Molo Songololo and the International Organisation for Migration’s reports was to “raise awareness about the need for law enforcement and policy intervention rather than to provide a clear understanding of the scale of the problem”.

“The numbers of trafficking victims presented in the reports were not based on rigorous quantitative research, but on estimates which are almost certainly inflated based largely on anecdotal evidence.”

What do the statistics tell us? 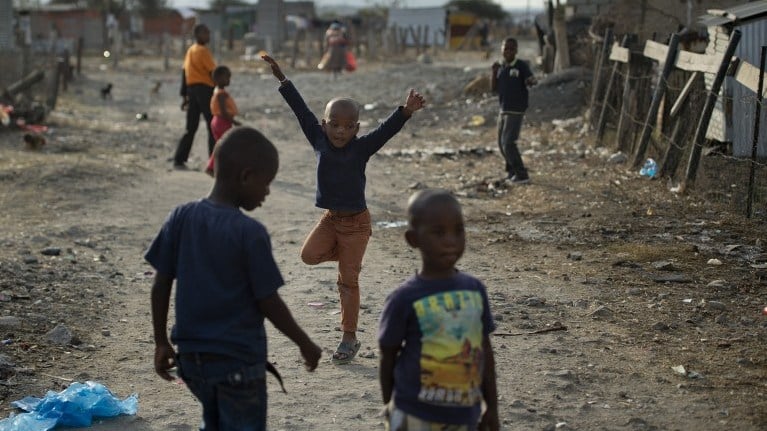 There has been very little research into the prevalence or patterns of human trafficking in South Africa. In part this is because it is extremely difficult, if not impossible, to obtain any accurate information about the real extent of criminal activities that go undetected. Most available quantitative research relies on the arrest and conviction of human traffickers.

The United Nations Office on Drugs and Crime’s 2012 Global Report on Trafficking in Persons states that between 2010 and March 2011, South Africa’s National Prosecuting Authority reported that 235 adults and 13 children were victims of human trafficking. Of those victims, 132 were trafficked for the purposes of sexual exploitation and 106 for use as forced labour. In ten cases the purpose of the trafficking was listed as “unknown”.

Neither report suggests a figure close to the claims that between 30,000 and 45,000 children are currently or annually being trafficking for sexual exploitation in South Africa.

The claims are also not supported by the available quantitative research.

During the late 1990’s, it was estimated that 500 of Cape Town’s 2,000 sex workers were children. However, Gould’s research revealed very few children working as prostitutes in Cape Town. Over a 16 month research period, only five children were encountered working as sex workers. None of the children were victims of human trafficking. “None were being forced by an adult to [sell sex], but they were rather forced by circumstances, including dysfunctional families and poverty,” she wrote.

The conflation of sex work and human trafficking 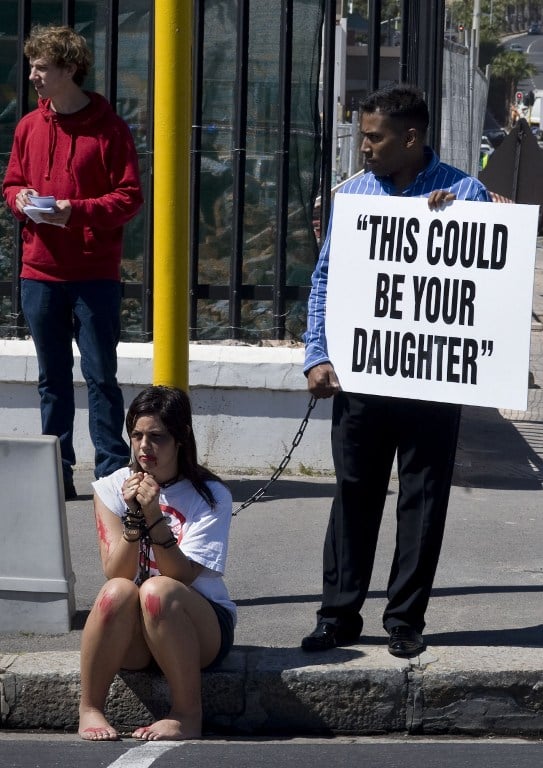 The sex work industry and human trafficking are often presented as linked and interdependent.  In August 2013, South Africa’s deputy minister for home affairs, Fatima Chohan, argued against the legalisation of sex work saying: “Here again the onslaught in the name of human rights takes the form of calls for the legalisation of prostitution as if this is a benign practice which holds all promise for the attainment of the total emancipation of women. Nothing in these debates record the indignity, degradation and disgrace suffered by women and children who are trafficked in the so-called ‘trade’.”

This may be true but the reality is that there is little tangible evidence available that human trafficking within South Africa plays a large part in the sex trade.

In a 2010 brief for the African Centre for Migration and Society, researchers Marlise Richter and Tamlyn Monson highlighted the importance of not conflating sex work and human trafficking: “The difference between sex work and trafficking for the purpose of sexual exploitation is that sex work reflects an individual’s decision to engage in a sexual transaction, while exploitation through trafficking occurs against the will of the victim.”

Gould also found little evidence of trafficking in the sex industry in Cape Town. Only 8 of the 164 women she canvassed said that they had at one time been a victim of human trafficking-like practices. “This finding is likely to cause controversy,” she writes. “An enormous amount of donor money is available specifically for projects that counter trafficking, so organisations working in this area potentially stand to lose funding if trafficking is not in fact as prevalent as assumed.” 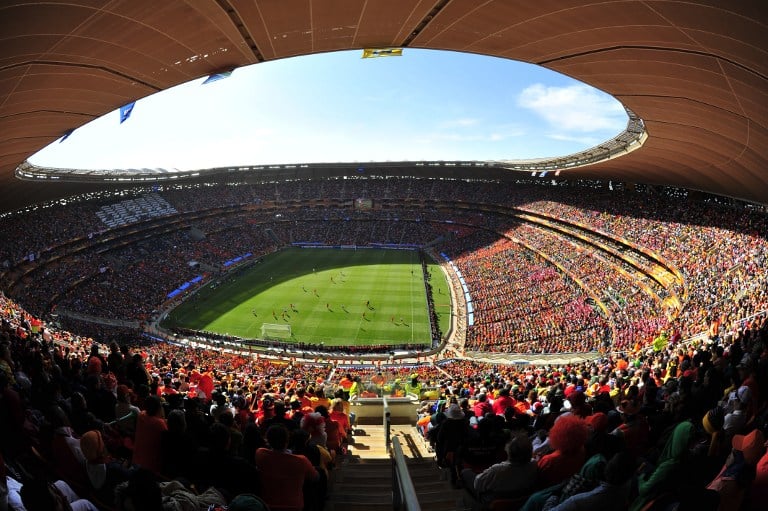 Reported estimates of the number of women and children that were expected to be trafficked during the 2010 Soccer World Cup in South Africa ranged from 38,000 to 100,000.

However, Richter and Monson state that “stakeholders are increasingly becoming aware that there is no evidence that large sporting events increase trafficking for prostitution”.

Gould, in an article entitled Moral Panic, Human Trafficking and the 2010 Soccer World Cup, notes that “in a written answer to a question in parliament by the Democratic Alliance, the South African Minister of Police reported there was no noticeable increase during this period compared to the normal number of incidents reported or investigated by the SAPS”.

Similar results were found following the 2006 Soccer World Cup in Germany. Research conducted by the Council of the European Union found only five cases of human trafficking for the purposes of sexual exploitation that were assumed to have a direct link to the sporting event. “There were also no reports of any significant increase in the number of illegal stays in connection with the practice of prostitution,” it concluded.

Conclusion - The claims are exaggerated and unsubstantiated

The estimated number of human trafficking victims reported recently are exaggerated, and sensational. As researcher Chandre Gould points out: “Such overestimations, while successful in capturing public attention and generating moral outrage, do not provide a sound basis for policy-making and resource allocation”.

Similarly, claims regarding the trafficking of children for prostitution and the increase of human trafficking during sporting events are not supported by research.

While research focussing solely on convictions undoubtedly underestimates the frequency of human trafficking, it is based on rigorous quantitative analysis – not anecdotal evidence.

South Africa’s new anti-trafficking legislation requires annual reports to Parliament on the implementation of the Act and the number of cases of human trafficking. Hopefully this will result in more reliable statistics.

There is need for real, reliable data to enable the implementation of government policies and the proper allocation of resources to combat genuine cases of human trafficking. NGO’s that cry wolf to secure donor funding and newspapers that publish sensational reports without interrogating the figures hurt efforts to combat a real problem.