Are electricity tariffs in Nigeria really the lowest in Africa?

When the Nigerian newspaper Vanguard ran a report in June 2014 headlined, “Power supply: Nigeria electricity tariff, lowest in Africa,” an Africa Check reader asked us to look into the claim.

The snappy headline diverged slightly from the content of the story which stated that, despite recent hikes, Nigeria still has “one of the lowest electricity tariffs in Africa”. The story quoted an analyst claiming that: “countries like Liberia, Burkina Faso, Senegal, Mali, among others, have higher electricity tariffs than Nigeria”.

What data was the claim based on?

The analyst quoted in the Vanguard’s article, Oludare Oduale, told Africa Check that his claims were based on a 2005 comparative chart from a website called the Encyclopedia of Nations. That comparison showed that out of 22 African countries, Nigeria had the third lowest electricity tariff on the continent.

However, this data – if it is accurate -  is almost a decade out of date. A more recent study, published by The World Bank in 2011, compared tariffs in 27 sub-Saharan African countries between 2004 and 2008. It found a huge range in the residential prices applied across the continent, but does show Nigeria to be among the lowest for residential, commercial and industrial tariffs. 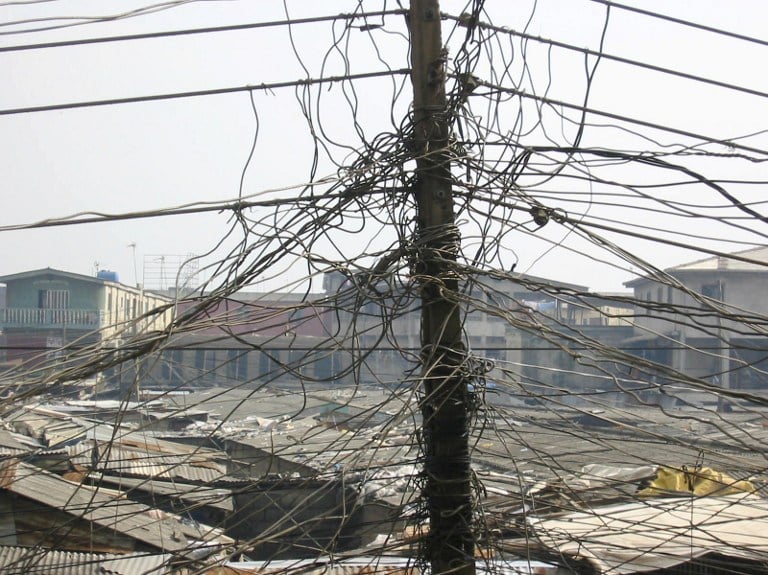 And, according to Etzinger, having the “lowest electricity tariff in Africa” may not be something to brag about.

“Countries which charge more for electricity usually have proper billing management, well-maintained infrastructure and are able to provide a reliable service,” he explained.

“You can’t compare the experience of the average South African home with the average Nigerian home. They are completely different.”

The 2011 study published by the World Bank, revealed that for average residential consumption levels of 100 kilowatt hours per month Nigeria’s tariff was 3.4 US cents/kWh and South Africa’s tariff was 3.6 US cents/kWh. However, a ranking based on tariffs provides no insight into the energy sector, the quantity of power being produced or its quality.

If you use South Africa and Nigeria as examples, there are also stark differences in the ability of the two countries to meet their electricity demands. On 7 July 2014, Nigeria’s Presidential Task Force on Power estimated that electricity demand in Nigeria stood at 12,800 MW, while the country was only able to produce 3,400 MW. The task force was set up in June 2010 by President Goodluck Jonathan to drive reform of the country’s power sector.

Although the countries’ tariffs are similar, Nigeria’s population is nearly three times that of South Africa but it is only able to produce a tenth of its electricity supply and is unable to meet demand.

Tariffs are too low to cover costs

Nigeria’s tariffs have historically been too low to cover the basic operating costs of producing the country’s electricity.

Nigeria’s Presidential Task Force on Power noted that ‘the revenues generated by very low electricity tariffs could not even cover the cost of producing and supplying power”.

In 2009, Prasad Tallapragada, a senior energy specialist and team leader in the World Bank’s Nigeria Energy Programme, noted that Nigeria had one of the lowest electricity tariffs in the world. The tariff of about 4.3 US cents/KWh had remained constant since 2002.

But the low tariff, together with an absence of proper metering and low collection rates, meant that basic operating costs were not met. As a result, according to Tallapragada, there was a yearly revenue gap that was historically filled by government transfers.

When the lights go out 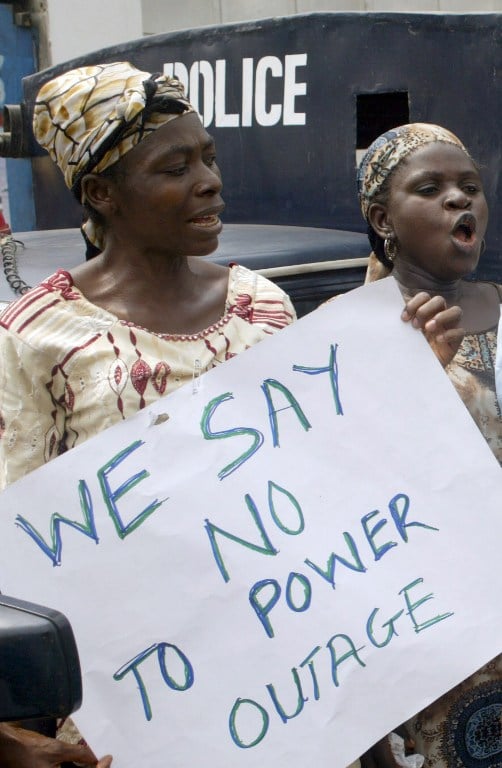 Lack of generating capacity, blackouts and voltage variations have resulted in many residential and commercial customers in Nigeria resorting to producing their own power with private generators.

Individuals lucky enough to be on the grid are also used to being plunged into darkness. The Power Holding Company of Nigeria (PHCN) has earned itself the moniker “Please Have Candles Nearby”.

Many houses also use generators, though it is hard to judge how much those cost individuals to run. “The cost on an individual basis fluctuates based on the size of the generator, loading at any given time, fuel source (petrol is subsidised in Nigeria, diesel is not), age and mechanical state of the generator,” says Erik Fernstrom, lead energy specialist for Africa at the World Bank. “We therefore usually use a range of 30-50 US cents / kWh for smaller units as a broad estimate."

Conclusion: Nigerian power may be cheap, but is also very unreliable

Access to electricity in Nigeria remains low and the country is unable to produce enough electricity to meet demand.

The low tariffs may actually be hampering the upgrading of the system. Historically, electricity tariffs have been so low that they are not sufficient to cover the operating costs of producing the electricity.

And the low tariffs are little comfort to individuals and business who regularly have to fork out extra money to keep their private generators running when the lights go out.

With analysts saying there is little respite on the horizon for Nigerians, we take a closer look at the challenge of rising consumer prices.