Are most estimates of what strikes cost the SA economy accurate? Probably not. Take them with a big pinch of salt

The South African spring is also sometimes called “strike season”. And, as in other years, estimates of the cost of recent and on-going strikes to the country’s economy have been widely reported.

Are the estimates accurate? What are they based on? Should those who report them explain? We were asked by a reader to investigate.

Estimates that vary by tens of millions of rand 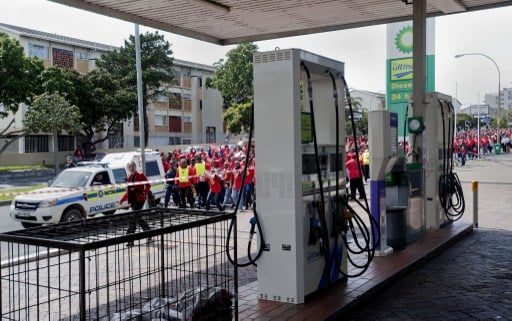 In the last month, eNews Channel Africa (eNCA) and Business Day newspaper both quoted estimates that the strike then hitting the South African automotive industry was costing the country’s economy R700 million a day.

Neither eNCA nor Business Day offered a source for this figure, saying simply it was “estimated” to cost the economy that sum and not where the estimate came from.

Over at fin24.com the estimate was lower, putting the cost of the strike down to R620 million a day, or, if the National Association of Automobile Manufacturers of South Africa (NAAMSA) also quoted in the report, was to be believed, R600 million a day. (No explanation was given for the difference between the two numbers or how they were calculated).

Confusing? Things were just as bad for anyone who tried to work out the cost to the economy of recent strike action in the gold mining industry.

At the start of this month, Reuters reported the estimated cost of lost output from the strike action at more than $35 million a day. This chimed with a report on fin24.com which quoted Harmony Gold Chief Executive Graham Briggs saying the strike would cost the economy R349 million a day – or more or less the $35 million quoted by Reuters.

The Financial Times, the business bible, also reported that the strikes “could lead to daily revenue losses of about R349m ($33.8m)” while the broader cost of the action would amount to an estimated “R597m a day”. Unlike Reuters, the FT did provide a source: the gold companies. But once again, it was unclear how the numbers were arrived at. As Steven Friedman, Director of the Centre for the Study of Democracy, told Africa Check: “The problem is that journalists never ask how these figures are calculated.”

Though most reports did not mention any source for the estimates for the loss, the $35 million figure, it turns out, can be traced not to an independent source but to the website Gold Wage Negotiations. The website states that it is a “news portal [providing] information on behalf of the gold producers represented by the Chamber of Mines in the 2013 wage negotiations”. The gold producers include Sibanye Gold, Harmony, AngloGold Ashanti, Rand Uranium, Gold Fields, Evander and Village Main Reef.

This fact – that the source for the number is not independent but an organisation set up to represent the views of the producers – does not of course mean it is inaccurate. However it is clearly something that should make journalists at least question how the figure was arrived at. And it is obviously something that should be mentioned every time the figure is given.

So is the figure credible all the same?

Striking hard – Ask how the number is calculated

According to the Gold Wage Negotiations website, the $35 million-a-day figure quoted most widely in the media is the estimated daily forfeited revenue and just part of “the potential impact of a strike in the gold industry on the South African economy”.

The total cost to the industry of a strike in the sector, the website estimates, is R597,642,310 per day - the figure mentioned by the FT as the broader cost to the economy.

So are these numbers accurate? How are they calculated?

However, asked by Africa Check to explain precisely how the numbers were calculated, Charmane Russell, speaking on behalf of the Gold Wage Negotiations website, admitted that the figures are simply estimates based on 2012 data and did not provide any detailed working out or explanation of the calculations. “The actual cost per company can only be calculated at a later stage, and will vary from company to company,” Russell said.

Striking out – What about the wider effects? 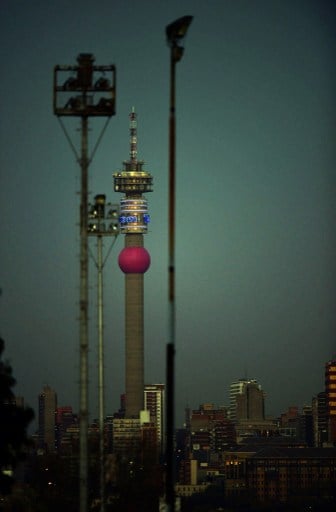 The lack of clarity does not, of course, mean the estimates are necessarily wrong, nor that they are always over-estimates either. The companies' calculations do not, for example, take into account the wider, knock-on effect that strikes that hit essential services such as transport or electricity can have on the broader economy.

And Labour relations expert Andrew Levy told Africa Check that there may be other, indirect costs to the economy too. "A serious implication is that investors may sell their shares or investors intended to invest in South Africa and then don’t,” he told Africa Check. And if these elements are not properly factored in, the overall costs to the economy may be seriously underestimated.

This point was also made by the National Treasury earlier this year in the 2013 Budget Review: “Significant strike activity, ratings downgrades and perceived policy uncertainty have contributed to reduced confidence and deterred or postponed private investment decisions,” it said.

So are the estimates accurate?

So are the numbers to be believed? Reg Rumney, Director of the Centre for Economics Journalism in Africa, told Africa Check that readers should be wary of estimated loss figures. “It’s a guesstimate,” he said. “It is by no means a simple calculation. You can do a simple calculation but then it is just a thumb suck.”

Levy agreed, telling Africa Check that, even for a labour market expert, it is impossible to accurately calculate the cost of strikes. “Strikes do impose a serious cost. But it’s absolutely impossible and an exercise in futility to attempt to calculate it,” he said. “There are numerous losses to take into account - both direct and indirect. The media publish the estimates because they will interest the public but they are not accurate.”

Even Russell agreed. The numbers quoted are simply estimates “used to illustrate the industry’s concerns. These are not absolute metrics relating to any one company or any particular day,” she said. 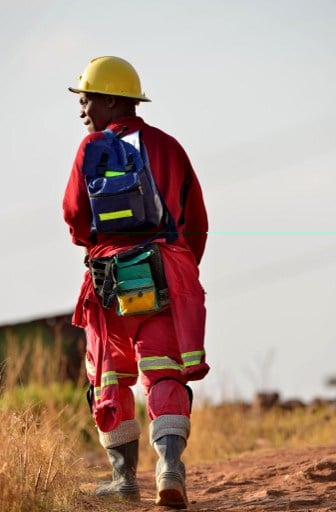 Market analyst Sasha Naryshkine told Africa Check that, when people see estimates, the first thing they should do if trying to work out how accurate they are is ask what the sector’s inventory levels look like.

If companies maintain sufficient stockpiles they can often prevent processing or production from coming to a standstill in the event of a strike, Naryshkine said.

“In the gold sector the stockpiles will probably be very small but it will keep them going for a while,” the analyst suggested, and Levy agreed. Gold producers start deliberately stockpiling when they anticipate strikes, he said. Before the latest strike, “gold producers were holding stockpiles that could have lasted eight weeks. The platinum sector’s buffer is about four weeks.”

Russell admitted that the Chamber of Mines’ estimates of daily losses did not take the fact of existing stockpiles into consideration. “No,” she said, adding that “whether or not [the losses] can be made up will be dependent on individual operations and possible working-in arrangements.” This suggests that the Gold Wage Negotiations’ estimates of the cost of strikes to the sector may be on the high side.

To take another example, a BMW spokesperson told just-auto.com last week that during the automotive sector strike they have been able to continue limited production due to their stockpiles. "We don't stop completely. The problem for us is we are a just-in-time facility, so a lot of components we can't stockpile,” he said. Although their stockpiles allowed them to build between 80 and 90 cars a day, due to the strike they were losing production of an extra 250 cars.

Considering the impact of strike action on workers and the wider community is also important, said Naryshkine. “It is the communities that are hardest hit because there is zero economic activity while they strike,” he said.

The Chamber of Mines estimates that during a strike in the gold sector R100,205,304 worth of wages and salaries is lost per day. However, Russell admitted that this was a rudimentary calculation achieved by taking the “total wages and salaries paid across the sector in 2012, divided by average number of days worked in 2012 (220 days)”.

And, using print media reports, an admittedly imperfect methodology, the South African Institute of Race Relations estimated that 181 fatalities occurred in strike violence between January 1999 and October 2012. A further 313 people were injured and over 3,058 arrests made during the period. “Although the figures may not be exhaustive they indicate how strike action in South Africa is often characterised by violence,” said Boitumelo Sethlatswe, a researcher at the Institute, in a press release. Due to violence during strike action, the cost to families can be much higher than a few days’ wages.

Levy also warned that strikes may influence employers decisions about investing in mechanisation. “Employers making decisions about capital/labour ratios will start to favour capital over labour,” he said. This could lead to retrenchments.

Of course, there can be benefits too. Lesiba Seshoka, spokesman for the National Union of Mineworkers, told Africa Check that successful strike action - action that is short-lived and resulting in better conditions - can drastically improve the lives of the employees and their families.

“The workers may lose their pay for the days they are on strike but they gain in the long term,” he said. “If workers are able to negotiate an additional 4% increase one year, than future increases will be based on a larger amount.”

Strikes, of course, come at a cost to some, or all, involved – a cost that is felt in financial, social and other terms. Some, if concluded quickly, may bring benefit to the striking workers and benefit the broader economy by raising the spending power of the lower paid. In other cases – perhaps most cases – they come at a cost to all sides and to the wider economy.

However, even for experts, attempting to put firm numbers on the costs is close to impossible. There are too many factors – both direct and indirect, social and economic – that need to be taken into account to calculate the cost of strikes accurately.

As the labour market expert Andrew Levy told Africa Check, this does not stop the media printing and broadcasting these numbers. But, too often, we  do this without questioning the claims, seeking another source or revealing that our one source is anything but independent.

As with any claim, when reporting strikes, journalists should check the source, interrogate the data, seek independent corroboration, point out to the reader or listener if the source we do have is not independent. And with estimates of the economic cost of strikes, advice that readers or listeners take all such claims with a  big pinch of salt would be good too.