Does cancer kill more people in Africa than malaria, tuberculosis, or TB, and HIV/Aids combined?

This was the claim made during a recent episode of Unreported World on Channel 4 in the United Kingdom.

A Channel 4 viewer got in touch with Africa Check and asked us to look into the claim.

What is the bigger cause of death in Africa?

“Tonight on Unreported World: malaria, TB and AIDS are the diseases we usually associate with Africa but more people die from cancer than all of those put together,” claimed reporter Krishnan Guru-Murthy.

Is this really the case? We checked to see what the numbers show.

The World Health Organisation (WHO) compiles data on the number of deaths and their causes in the WHO Africa region. This region includes all African countries excluding Morocco, Tunisia, Libya, Egypt, Sudan, Eritrea and Somalia.

The WHO’s most recent data is for 2011 and reveals that about 300,000 people died from cancers in the Africa region that year. This includes 13 different kinds of cancer including cervical cancer, pancreatic cancer, skin cancers and stomach cancer.

This is a significant figure but much lower than the number of people who died from HIV/Aids, malaria and tuberculosis combined.

And it's not just HIV/AIDS, malaria and TB

And it is not just HIV/AIDS, malaria and TB that cause more deaths in Africa than cancer. Cancer deaths are in fact overshadowed by many other causes. 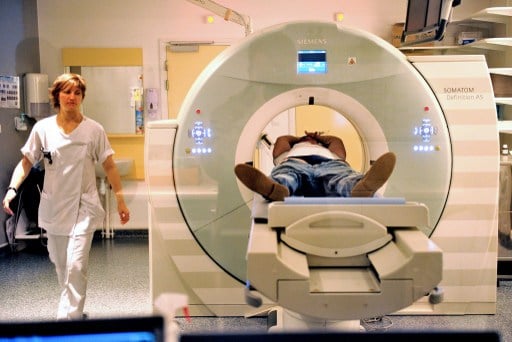 We contacted Channel 4 and asked them to provide the source of this claim. Series editor, Suzanne Lavery, replied to our query and said the claim came from the Global Cancer Society.

As she acknowledged the US-based Global Cancer Society's claim in fact relates to the entire developing world, and Channel 4 had mistakenly applied it to Africa.

Part of the reason that cancer is increasing in developed and developing countries is linked to lifestyle but part is also linked to rising average life expectancies. Crudely put, the longer people live, the more likely they are, on average, to get cancer.

Cancer is a significant health problem on the continent, but the best available figures show that HIV/AIDS and other diseases still cause far more deaths than cancer at present.

The mistake made by a serious channel such as Channel 4 is hard to understand. If people sometimes complain that Africa is seen as "a country" it would appear as if it was mistaken here for the whole developing world.

However, the programme makers are to be commended for recognising and correcting the mistake.

“We are going to take the episode down and correct it,” Lavery told Africa Check. “Thank you in fact for pointing this out."

‘Fraudulent and misleading’: why pricey herbal mix touted as a remedy for HIV falls flat

There is still no cure for the HIV. Expensive treatments advertised on social media that claim otherwise should be ignored.