Ghana’s health minister Dr Kweku Agyemang-Menash recently claimed that the country has established all the necessary precautions to handle potential cases of Ebola at its borders.

“With the measures put in place, any passenger with Ebola symptoms would be picked on arrival. And all other entry points in the country had been equipped to isolate any suspected case,” the Daily Graphic quoted him saying.

His claims came several months after the public affairs director of the Ghana Immigration Service, Francis Palmdeti, stated on Joy FM that only 4 of the country’s 42 approved entry points were equipped to handle Ebola victims entering from affected West African countries.

“Quite a number…do not even have a facility at the border to care of these matters” he said in July, specifying that little had been done by the government to provide the logistics or protective gear needed to handle suspected cases of the virus.

So who is right? Is Ghana prepared to contain a potential case of Ebola at its frontiers? Africa Check visited border crossings to investigate, and found that the Health Ministry’s claims of readiness at all entry points were untrue.

The health minister’s statement was just one in a string of claims made by the leadership since the concerns of the Immigration Service were made public in July.

On July 31st, the Health Ministry outlined measures including “screening all passengers”. Then in August, the Ghana Health Service claimed that rapid response units had been established at the country’s entry points. Dr Badu Sarkodie, the head of disease surveillance, was quoted as saying that: “facilities had been provided…. at the various points of entry into the country to handle persons diagnosed with the disease.”

Visits to border posts show that the government claims are false

The border post at Tinjase in Ghana does not have an Ebola screening centre. Photo: Edem Srem" />

Africa Check recently visited five sector commands (groups of entry points) of the Immigration Service in Ghana’s eastern Volta region, which borders Togo, to ascertain their readiness to deal with a suspected case of Ebola. Namely, those were: Aflao, Akanu, Nyive, Leklebi and Menusu.

Findings revealed the Afloa border post, a very busy transit point, had only one screening centre and border residents are usually left unscreened. Under the Akanu command exist the Kpoglo and Ave-Havi entry points. Of these, only Kpoglo has a single ultra-violet thermometer. The port health facility at Nyive main command has been closed since 2012 and the Honuta point (a land border under the Nyiye command) had a facility but it was unattended at the time of Africa Check’s visit. Not a single port health facility exists at any of the Leklebi border points, and people cross the border without screenings. The fifth command, Menusu has a port health structure yet no attendant and the Tinjase border control (part of the Menusu command) did not have any port health facility.

The findings at these specific points of entry prove that the claims of readiness made by the Ministry of Health and the Ghana Health Service are wrong.

That was corroborated by the Parliamentary Select Committee on Defence and Interior, which presented a report on November 13th. “At all the sites visited, it was obvious that the level of preparedness and availability of the requisite logistics put the frontline security personnel at serious risk, should any infected person arrive at a border,” said the committee’s chairman Fritz Baffour.

During his radio interview, the Immigration Service’s Mr Palmdeti specified that the only entry points equipped to handle a case of Ebola were the land borders of Paga, Elubo, Aflao, and Kototka International Airport. Africa Check visits established that they are indeed using screening centres and ultra-violet thermometers. Kotoka Airport also has a computerised infrared system. Therefore the Immigration Service is correct on this count also.

Ghana is eager to confront and contain a potential outbreak of Ebola virus, but Africa Check’s research and the findings of the Parliamentary Select Committee confirm that facilities at the borders are inadequate and at some places non-existent.

Africa Check cannot independently confirm the readiness of each one of the 38 border crossings which Immigration inferred was unprepared. However, independent verification reveals that claims by the health officials over readiness at all points are untrue. The Immigration Service was correct on this count, and also in stating that the four major entry points of Paga, Elubo, Aflao, and Kototka International Airport are better prepared. 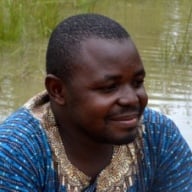