Claim that SA soldiers were on training mission is misleading

South African president Jacob Zuma has stuck to his guns, claiming that the country’s military deployment in the Central African Republic (CAR) which ended in tragedy last week was intended to “assist in the training of the CAR army”.

Speaking at a memorial service for the thirteen South African National Defence Force (SANDF) soldiers killed in an ambush last month as rebel soldiers swept into the CAR capital, Bangui, Zuma said they had died for “a worthy cause” and rejected “any insinuation that these soldiers were sent to the CAR for any reason other than in the pursuit of the national interest and the interests of the African continent”.

Again and again, in his speech, Zuma spoke of “training” and “trainers” deployed as part of Operation Vimbezela - the codename for the SANDF deployment in the CAR.

A mission to ‘assist in the training of the CAR army’ 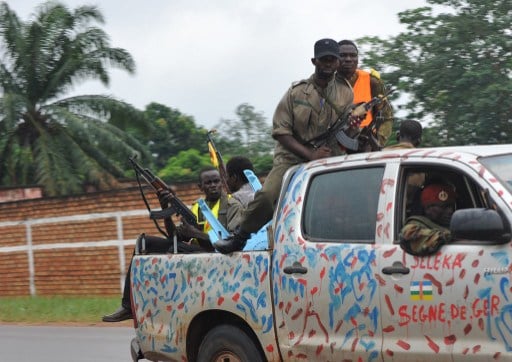 “In February 2007, South Africa signed the Defence Cooperation Memorandum of Understanding with the CAR (Operation Vimbezela)... The aim of this Operation was for South Africa to assist in the training of the CAR army," Zuma said.

“The military training included the Protection Force, VIP Protection, training of group leaders, specialists and infantry, refurbishment of bases and barracks and the provision of equipment.

“When the security situation in the CAR deteriorated in the late 2012 (sic), our government made an assessment that resulted in the deployment of 200 additional troops in the CAR as a protection force for the trainers and the military assets that were already in that country.

“These additional soldiers were not trainers. They were not deployed to train but as a protection force for the trainers.”

No mention of operation to protect CAR president

What the president did not mention was a parallel SANDF military operation in the CAR, dubbed “Morero”, which was conducted in conjunction with Operation Vimbezela.

This operation was in place long before late 2012 and had nothing to do with training. Rather, it involved a unit of South African special forces soldiers serving as bodyguards for the CAR’s then president, François Bozizé, ousted in last month's coup.

The existence of “Op Morero” was revealed in March 2011. 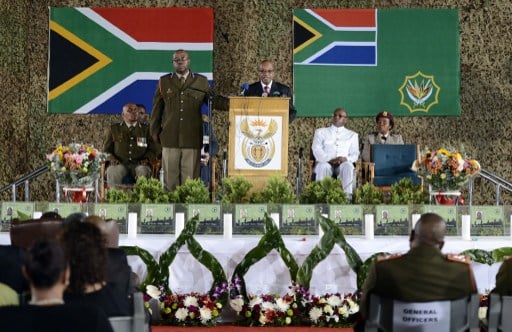 “SANDF deployment in the CAR is divided into two mainly OP MORERO – a unit of the SANDF Special Forces  that was deployed in CAR to provide VIP protection to President Bozize and Operation Vimbesela (sic) – the SANDF’s mission involved in the refurbishment of the military bases and the training of the military personnel on that country.”

In his memorial speech, Zuma made no mention of the bodyguards or the role of South African special forces in protecting Bozize, a former high-ranking military officer who himself seized power in a military coup in 2003.

And, he suggested that “VIP protection” was part of the military training offered by the SANDF under the auspices of Operation Vimbezela, rather than a parallel operation to protect the central African country’s president.

Conclusion – The assignment was not only training

President Zuma’s clear attempt on Tuesday to suggest that the South African soldiers were in the CAR for training purposes only is misleading at best.

While those who served in Operation Vimbezela were primarily in a training role, the stated aim of Operation Morero was the protection of the now ousted CAR president.

The president’s careful use of words demonstrates once again that often, it is not what politicians say, but what they don’t say, that is telling.