Last month, while speaking to secondary school pupils as part of a national Stop Rape Campaign, Nel made a similar claim of success in prosecuting sex crimes. During “the last financial year, the sexual offences units secured over 363 life sentences, with a conviction rate of 73 per cent for crimes against women above 18 years of age and 70 per cent for crimes against children under 18 years of age,” he said.

According to the NPA, conviction rates for so-called “trio crimes” - car hijackings, business robberies and house robberies - stand at 84.8%.

In cases of rhino poaching, trafficking of rhino horn and illegal hunting, the NPA has laid claim to an 83% conviction rate. 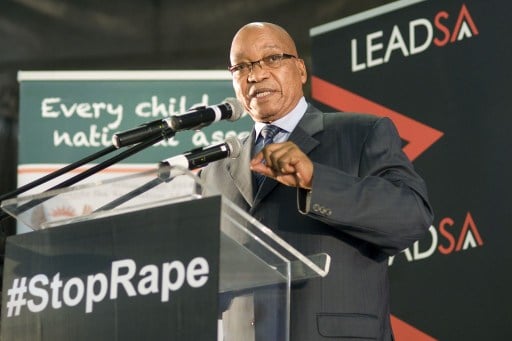 At first glance, the numbers look like a remarkable achievement, but how accurate are they as a benchmark of performance?

Late last year, Nel used the figures to reject accusations that the NPA is “rudderless and in crisis”.

“[T]he NPA has achieved conviction rates of 84.6% in high courts, 73.3% in regional courts and 90.8% in district courts. This is not the performance of an organisation in crisis,” he said.


It depends on how you define the rate

Convictions are counted at the date sentencing or “not guilty” verdict, irrespective of when a plea was first entered. Therefore a case instituted in 2011, but concluded in 2013 would form part of the 2013 conviction rate.

Figures released in February this year by the Gauteng  province's Member of the Executive Council for Community Safety, Faith Mazibuko,  showed that 23,086 rapes were reported to police in the province between 2010/2011 and the third quarter of 2012/2013. Of that number, only 55.59% were referred to the NPA for prosecution.  The NPA, in turn, sent 8220 cases back to the police for further investigation. At least 8870 cases were thrown out of court due to incomplete investigations and only 1910 cases (about 8.2% of the total number reported in that period) resulted in successful convictions.

In the case of cybercrime, Nel's claim of a 97.6% conviction rate was based on successful prosecutions in 123 cases.


But in a monograph published last year by the Institute for Security Studies, crime and justice researcher Jean Redpath noted that conviction rates as a measure of performance are “almost meaningless”.

She argued that the NPA’s focus on high conviction rates as a barometer of success has encouraged a “tendency to decline to prosecute”.

Prosecutors have a wide discretion to decide which cases have “reasonable prospects of success”.

Redpath used the example of a year in which the NPA received 517,000 case dockets from police. Just over 74,000, or about 14% of those cases, were ultimately prosecuted. The NPA declined to prosecute in more than 300,000 cases (60%) and referred a further 130,000 to police for further investigation.

Similarly, a US study on convictions versus conviction rates has found that “a prosecutor’s high conviction rate may not be a sign that he is tough on crime and doing a good job”.

“Instead, he might just be taking easy cases and letting too many criminals go without prosecuting them...”

“Any system which pays attention to conviction rates, as opposed to the number of convictions, is liable to abuse.”


Understandably, the NPA only prosecutes cases it thinks it has a reasonable chance of winning. But, for this reason, the version of a conviction rate that it uses is, clearly, an unreliable test of both its success or lack of it, and that of the wider criminal justice system in South Africa.

Instead, the only accurate and sensible measure of performance of the criminal justice system would be a comparison of the number of successful convictions and the number of crimes reported to police on an annual basis. And there, the numbers are not so good.
Edited by Peter Cunliffe-Jones