Is the DA's Western Cape Story a 'good story to tell'? We examine the claims

Helen Zille, the leader of South Africa’s opposition Democratic Alliance, says her party has the “best story to tell” ahead of the 2014 general elections.

Beginning of March 2014, the DA launched a campaign that drew heavily on its performance in the Western Cape, the only one of South Africa’s nine provinces that is not held by the governing African National Congress.

The DA maintains that the “Western Cape Story” highlights the “great strides made in the province since 2009” and “really is a good story to tell”, one that could become “South Africa’s story” if the party comes to power.

In a video released on 7 March 2014, the DA set out many of the claims that are key to the "Western Cape Story". Africa Check investigated them.

This report forms part of a series of fact-checks of leading political parties and politicians to be published by Africa Check in the run-up to the elections on 7 May.

“In the ANC’s last year in government, not one department received a clean audit. In the DA’s first year, seven departments received clean audits.”

In 2008/09 - the last year the ANC governed the Western Cape - the Auditor-General reported that not a single provincial government department had received a clean audit.

In 2009/10 - the first year the Western Cape was run by the DA - the Auditor-General reported that seven departments had received clean audits.

“The country’s top three government departments since 2011 have all been in the Western Cape."

"Under the ANC, not one department featured in the top three.”

“The Western Cape was ranked as the best run province in South Africa in 2013."

The DA referred Africa Check to an assessment produced by the Department of Performance Monitoring and Evaluation in the Presidency which evaluated “the quality of management practices across a comprehensive range of management areas, from supply chain management to strategic planning”.

The assessment found that the Western Cape government scored highest out of all the provinces for strategic management, governance and accountability, human resources management and financial management.

"The [Western Cape] was also the only province with no irregular or unauthorised spending.”

The claim that the Western Cape was the only province in South Africa with “no irregular or unauthorised spending” in 2013 cannot be assessed as the Auditor-General’s 2013/14 audit has yet to be finalised.

Africa Check asked the DA what evidence it had to support the claim. To date the party has not responded. We will update this report if they do.

“The Western Cape now has the highest access to water, flush toilets and electricity in the country.” 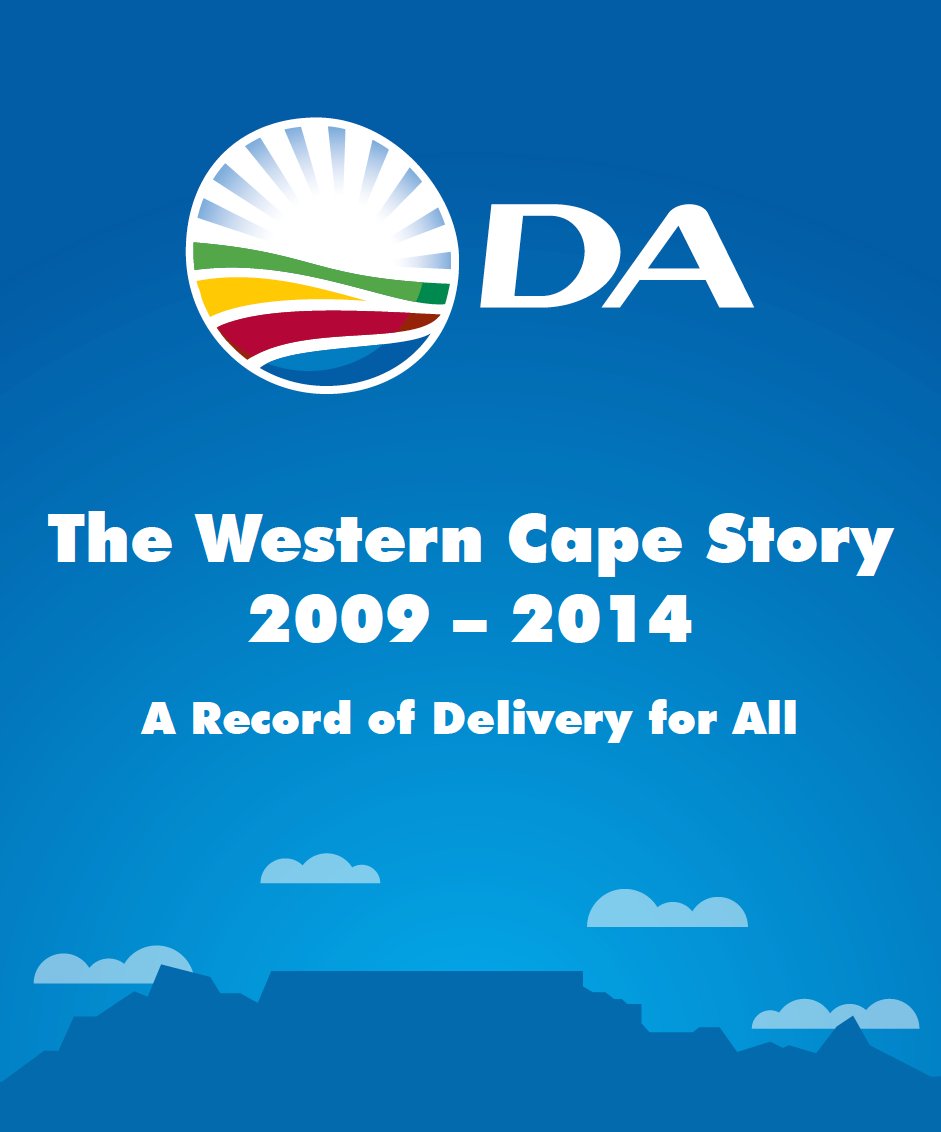 According to the census, 93.4% of Western Cape households used electricity for lighting, compared to 91.1% in the Free State and 87.4% in Gauteng.

However, the claim does not acknowledge the already high level of delivery that the DA inherited when it wrested control of the province from the ANC in 2009.

This claim could not be independently verified. According to the Western Cape Department of Health’s 2008/09 annual report,  27,198 of 36,380 posts were filled, with 9,193 vacancies. Funding had not been provided for 8,549 of the vacancies and the annual report stated that their inclusion incorrectly "inflated the vacancy rate".

The 2012/13 annual report stated that out of 31,733 posts, 30,345 were occupied and 1,388 were vacant. However, only vacancies for posts that had been funded were listed. The Western Cape Department of Health told Africa Check that there were no unfunded vacancies that year.

Cameron Arendse, Zille’s spokesman in her capacity as party leader, told Africa Check that the claim that nursing vacancies stood at 34% in 2009 was sourced from the South African Institute of Race Relations' 2012 South Africa Survey. However, the survey attributes this vacancy rate to 2010, not 2009. The figure also exclude nursing assistants and student nurses.

The Western Cape Department of Health’s 2013/14 annual report – which could potentially verify the accuracy of the claim that the vacancy rate has dropped to 1% - has yet to be released.

The DA referred us to two other supporting documents. Both are speeches, not primary sources. The first was a February 2014 address by the Western Cape provincial minister of finance, economic development and tourism, Alan Winde, in which he claimed that the vacancy rate of permanent nurses had been brought down to less than 1%.

The second was an October 2013 speech made by the Western Cape’s minister of health, Theuns Botha. It stated that the vacancy rate had decreased to 5%. Neither claim could be independently verified.

According to the department’s latest annual report, vacancy rates stood at 3.68% for professional nurses, 2.95% for enrolled nurses and 2.47% for enrolling nursing auxiliaries.

The DA’s reasoning for citing speeches by its political leaders as primary sources was explained as follows by David Christianson, the party’s senior research consultant: “When DA [provincial ministers],  or the premier of the Western Cape, make factual claims, we (the party) believe them, in the absence of evidence to the contrary… As a result, in a party political state such as this, factual statements by DA MECs are given as sources." 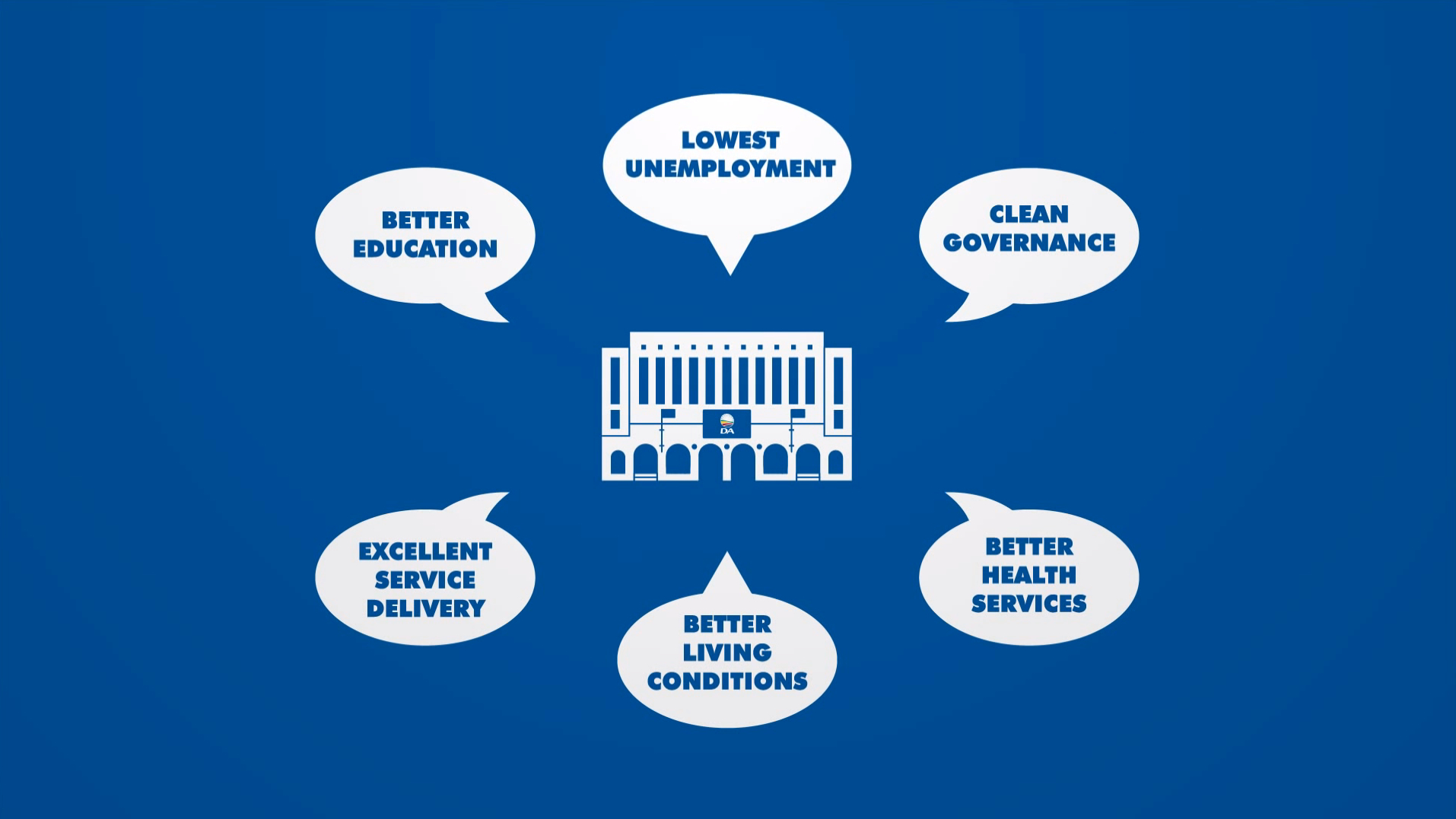 Questioned about the sourcing of the claim, the DA referred us to an article published by the South African Government News Agency in February last year which stated that the Western Cape had “increased anti-retroviral treatment provision from 14,370 to 132,279”. The article did not provide a source for the data.

The 2012/13 annual report supports the DA’s claim that treatment has increased to 132,000 patients. The annual report states that 134,212 patients were on anti-retroviral therapy in that year.

"[The DA] has brought down the rate of mother to child HIV transmission to just 1.8%, the lowest in the country.”

“In its first term in office, the DA built three brand new hospitals in Khayelitsha, Mitchells Plain and George and currently has 75 health care projects valued at R4.5 billion underway.”

The claim is slightly exaggerated. The Khayelitsha Hospital opened in April 2012 and the Mitchells Plain Hospital opened in November 2013. However, a new hospital wasn’t built in George. A new emergency unit was added to an existing hospital in July 2012.

The Western Cape’s 2014-2017 Medium Term Budget Policy Statement states that over the next three years approximately R3 billion will be invested in health infrastructure.

The last Quarterly Labour Force Survey of 2014 indicates that South Africa’s broad unemployment rate stood at 34% in the fourth quarter, compared to 22.1% in the Western Cape. Broad unemployment stood at 43.3% in the Eastern Cape and 42.2% in the Free State.

Stats SA’s latest Quarterly Labour Force Survey shows that the number of people in South Africa who are unemployed increased by 121,000 between the end of 2012 and the end of 2013.

Note: South Africa’s official employment data has not been without controversy and economists and the country’s Reserve Bank have reportedly expressed scepticism about Stats SA's numbers.

"Under-performing schools are schools where the matric pass rate is less than 60%. Under the ANC this went from 36 schools in 2006 to 85 in 2009. In just four years the DA brought the number of underperforming schools down to 23."

"Since 2009 there has been a 25% increase in the number of candidates from poorer schools to pass the National Senior Certificate exams. In Khayelitsha alone, the number of passes has gone up by almost 1,000 since 2009." 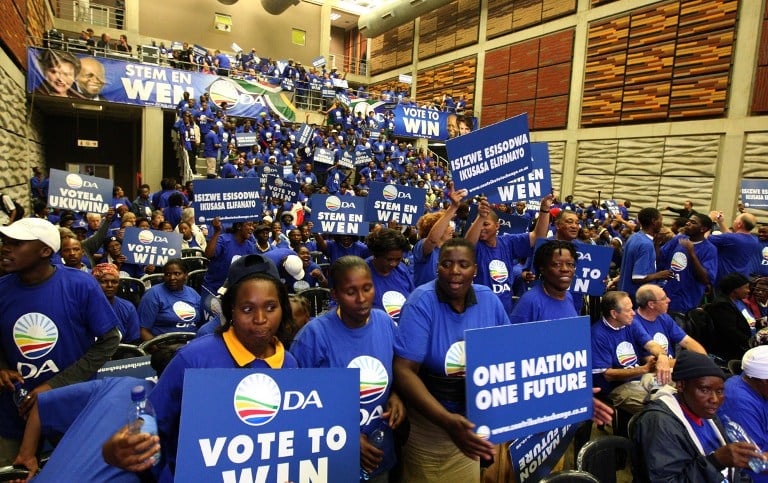 The Western Cape Department of Education told Africa Check that the claim refers to quintiles one, two and three schools. The quintile system gives a ranking to schools according to poverty levels. “Quintile one” schools are considered the most poor while “quintile five” schools are the least poor.

Data compiled by the national Department of Basic Education shows that 9,131 pupils passed in 2012, not 9,797 as claimed by the DA.

However, Dr Rufus Poliah, chief director of national examinations and assessments in the Department of Basic Education, told Africa Check that the figures reported by the Western Cape Department of Education would be more accurate than the national department's data. “It is their schools and they work more closely with them,” he said.

The number of pupils in quintile one to three schools in the Western Cape that passed the National Senior Certificate exams in 2009 could not be verified. The national department does not have updated quintile information prior to 2012.

Department of Basic Education data confirms that the DA’s claim is correct. The physical science pass rate improved from 53% in 2009 to 72.6% in 2013 and the mathematics pass rate increased from 65% to 73.3%.

Where does the Democratic Alliance get its facts? By Ray Joseph