It is a claim that has been widely circulated since Andile Mngxitama, a Member of Parliament and “commissar for land and agrarian revolution” with the Economic Freedom Fighters (EFF), raised the issue in an open letter to business tycoon Richard Branson in May 2014.

In Mngxitama’s letter – written after the Virgin founder purchased a 40-hectare farm near Franschhoek in the Western Cape province – Branson’s acquisition was described as “stolen land”. 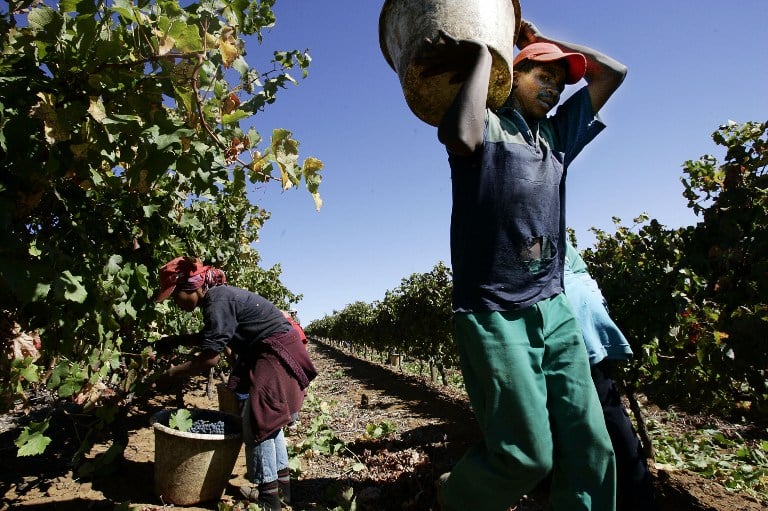 “The dominant idiom since 1652 is that of the settler, who imposed it upon the native majority through force of arms,” Mngxitama wrote. “The result of this conquest is that, about 350 years later, the native majority is landless and only about 40,000 white families own up to 80% of our land.”

In a subsequent television debate with Cornelius Janse van Rensburg from the Afrikaans “business rights watchdog” AfriSake, the EFF’s spokeswoman in Gauteng, Mandisa Mashego, was adamant that “80% of this country’s land is deemed as agricultural land and 80% of that land is owned by 40,000 white families”. Glaring, Janse van Rensburg responded: “It’s nonsense, it’s not so.”

Can the claim be dismissed as nonsense, or is there some truth to it?

Mngxitama was emphatic when we spoke to him: “40,000 white families own 80% of the land. Deal with that.” He said his claim was supported by a recent state land audit, data collected by Statistics South Africa (Stats SA) and research conducted by the Institute for Poverty, Land and Agrarian Studies (PLAAS) at the University of the Western-Cape.

Mashego did not respond to questions.

So what does the data tell us?

But that includes land owned by individuals, companies and trusts and all urban real estate as well as agricultural and mining land in South Africa.

Therefore, according to Mmuso Riba, the Chief Surveyor-General, “there is no basis” for the claim that whites own 80% of South Africa. 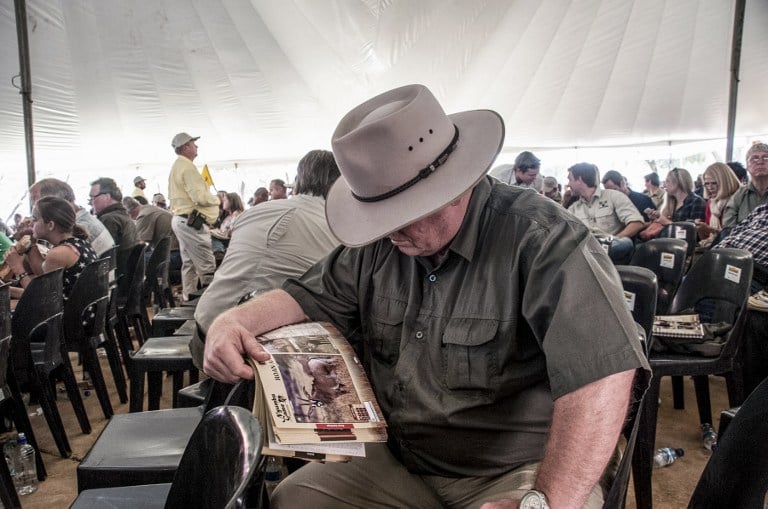 One possible source for Mashego’s claim is a dataset on land utilisation that is still used by the Department of Agriculture, Forestry and Fisheries (DAFF) despite the fact that it is more than two decades old. The data was compiled by the Development Bank of Southern Africa in 1991. (According to the department’s spokesman, Makenosi Maro, updated data will only be released towards the end of 2016.)

The 1991 dataset shows that 100,665,792 hectares – or 82.3% of South Africa’s surface area – consisted of farmland. Of this, 81.9% (or 86,186,026 hectares) was considered commercial agricultural land. The rest – situated in what were formerly “black homelands” established under the auspices of the apartheid state – remains classified as “developing agriculture”.

Prof. Cherryl Walker, professor of sociology at the University of Stellenbosch and author of Landmarked: Land Claims and Land Restitution in South Africa, prepared a fact sheet on land distribution for PLAAS last year.

According to Walker: “Land ownership is still deeply skewed along racial lines, but these figures [by the EFF] do not illuminate the current land dispensation.”

One farmer, one farming unit?

Should the EFF’s Mngxitama and Mashego be referring to 80% of farmland – and not 80% of South Africa’s landmass – it is possible that the most recent census of commercial agriculture is the primary source of their claims. It was carried out seven years ago by Stats SA.

The census found that there were slightly fewer than 40,000 farming units, defined as “one or more separate farms in the same provinces that are farmed as a single unit”.

The census also did not reflect the racial composition of farm owners, nor the surface area of the farming units. 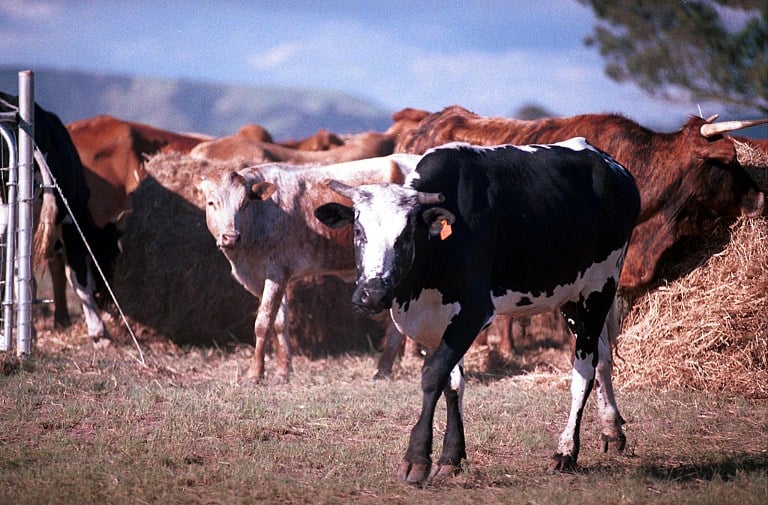 There is another caveat. For a farming unit to be included in the census it had to be registered for Value Added Tax (VAT). In South Africa it is compulsory to register for VAT when a business’s turnover reaches a certain threshold. In the census year the bar was set at R300,000 over a twelve-month period.

Peter O’Halloran, who writes on tax matters for Farmer’s Weekly, says this would have excluded smallholdings surrounding the major cities and farms that are too small to make them economically viable.

“Commercial farms might number 40,000 or so according to the census, but in terms of land owners who own farms, this number could be much higher. VAT registration and compliance is highly onerous and the small operator will shy away from that.

“My take is that the smaller farmers and recreational farmers make up the majority of farmland owners in South Africa.”

Of the farming units registered for VAT in 2007, only 39,966 were identified as “active” at the time of the census and included. The majority of farming units (33,249) were owned by individuals, with 2,167 belonging to companies, 2,259 to close corporations and 874 described as “family-owned”.

How many are owned by black or white farmers? It is difficult to say for certain.

A Black Economic Empowerment (AgriBEE) scorecard – that measures elements such as black ownership and skills development – has been introduced for the agricultural sector. But the Agricultural Business Chamber (Agbiz) said in its latest survey report it is “very difficult to measure the BEE compliance of the agricultural sector as whole, as so few enterprises have determined their score, never mind obtained accredited scorecards”. 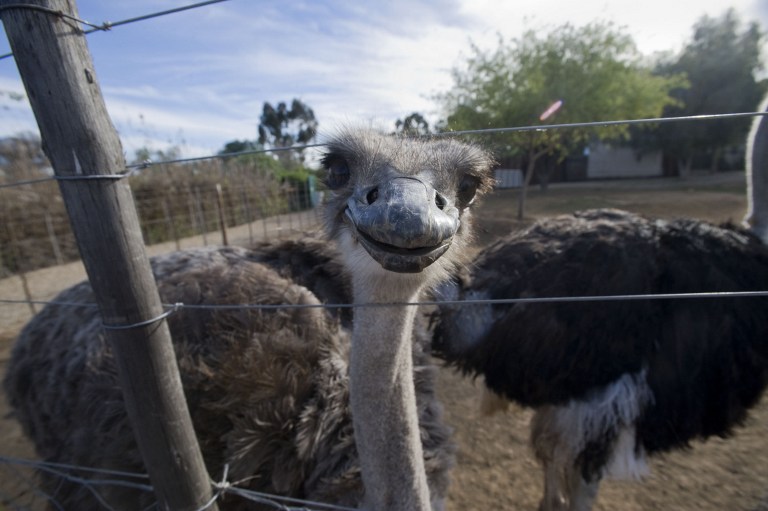 Frustrated by pressure from legislators and politicians, agricultural unions have carried out land audits of their own. To date, two have been completed.

The KwaZulu-Natal Agricultural Union (Kwanalu) did not publicly release their audit so it cannot be independently assessed. Its CEO, Sandy la Marque, forwarded Africa Check a copy of a presentation which put white ownership at 15.4% of the province’s surface area with the ownership of a further 23.11% listed as “unknown”.

Agri Free State had their audit assessed by the Bureau for Food and Agricultural Policy (BFAP), a university based research network. They found that only 2.96% of commercial agricultural land in the province was black-owned. Another 10% could not be fully accounted for.

(Note: This is the case, for example, where land is owned by trusts or companies and it becomes virtually impossible to define ownership as either white of black. Free State Agri refers to the Anglo American Corporation, which has a BEE rating, but not necessarily an AgriBEE rating and is listed on foreign stock exchanges, but has significant domestic shareholding.)

To complicate matters further, both unions’ counts of state-owned land are at odds with the state land audit.

The Surveyor-General said his office would refine their audit in time. At this stage they are surveying and registering land owned by the state. This includes a great number of schools, health facilities, police stations, vast tracks of land in the Eastern Cape and a significant chunk of the Kruger National Park – all of which were not previously recorded as state land.

Conclusion: The claim is incorrect

Claims that 40,000 white families own either 80% of South Africa, or 80% of the country’s farmland, are incorrect and not supported by the available data.

Although a state land audit has shown that 79% of South Africa is privately owned, this includes land owned by individuals, companies and trusts, and includes all urban real estate and agricultural and mining land in South Africa. This would include land owned by both black and white South Africans.

It is also unlikely that the number of commercial farming units captured in the 2007 census – slightly less than 40,000 – reflects the true status of all commercial agricultural land in South Africa.

Certainly, huge disparities remain and land ownership continues to be heavily skewed across racial lines twenty years after the end of apartheid.

But none of the datasets support the claims made by Mngxitama and Mashego. Given the inherent sensitivity of the land debate and the importance of land reform in South Africa, it is vital that debate around the issue and policy decisions is informed by accurate, current data.