Do 400,000 whites live in squatter camps in South Africa? No

These are the figures cited in a recent article by the BBC’s World Affairs editor, John Simpson, which questioned “whether white people genuinely have a future” in South Africa.

Published on Sunday, it elicited a furious response from both the African National Congress and the opposition Democratic Alliance who said it distorted the truth. One analyst described it as and exercise in “selective reporting”.

Visit to a 'white squatter camp' 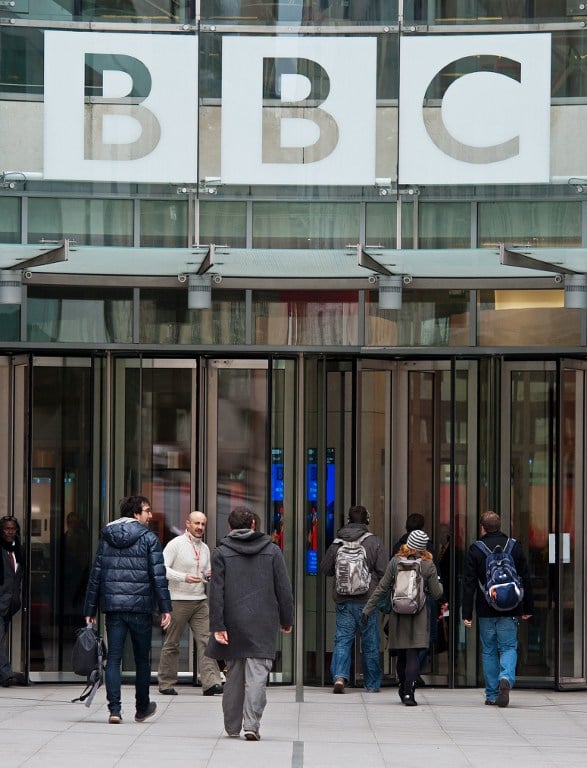 For the BBC report, Simpson travelled to Sonskyn Hoekie (Sunshine Corner), a “white squatter camp” on the outskirts of Pretoria.

“There are broken-down cars and bits of discarded furniture everywhere,” Simpson wrote in the article posted on the BBC website.

Then he paraphrased comments made to him by his guide, Ernst Roets, the deputy chief executive of the Afrikaans civil society organisation, AfriForum.

“According to Roets, there are 80 white squatter camps - many of them bigger than this - in the Pretoria area alone. Across South Africa as a whole, he believes there could be as many as 400,000 poor whites in conditions like these.”

In the television report on the story, which was aired on the BBC current affairs programme, The Editors, Simpson spoke of 200,000 whites.

"One ugly secret in the new South Africa is white poverty," he said in a voiceover as a camera followed him picking his way through the shacks.  "At least 200,000 whites live in squatter camps like this today."


Africa Check reader Fiona Snyckers got in touch on Twitter and asked us to investigate. We first spoke to Roets who told us the BBC team had pressured him for a figure on the number of whites in squatter camps in South Africa.

“The problem is that there are no reliable figures at this stage about white poverty,” he said. So Roets said he called Solidariteit Helpende Hand (Solidarity Helping Hand), a charity organisation working with the poor in the Afrikaner community, to find out if they had any reliable figures the BBC could use.

“They also told me it was very difficult to give a number at this stage... but the BBC guys were fairly serious about a number so the person I had called said, if they want a number then tell them it is this one. So my exact words to [the BBC] were that ‘civil society estimates about 400,000'.”

The figure of 80 “squatter camps” had also come from Helpende Hand, Roets told Africa Check. “That is also an estimate but it is a relatively reliable figure because Helpende Hand does have a list of addresses and so on.”


The person Roets had spoken to at Helpende Hand was Mariana Kriel, a regional organiser. She told Africa Check the organisation had no reliable statistics for the numbers of whites living in informal settlements and said the last available figures, which apparently put the figure at 600,000, were “many years old”.

“We don’t give out statistics because there aren’t any,” she added.

On the number of “squatter camps” around Pretoria, she said the description itself was problematic. “We don’t really have white squatter camps. We have homeless shelters.

"Squatter camps are places where people squat illegally on state-owned land. These people are staying with permission on private land,” she said.


Many 'camps' just a Wendy House in a yard


Also, many of the 80 “camps” weren’t really camps at all but places where a few people are living in an informal structure, Kriel told Africa Check.

“I believe there are more than 70 places, as long as you take into account that many of them involve small places where a few people are living in an informal structure or a Wendy House in a yard,” she said. “In some places, there are ten people living in informal housing behind a house. In others as many as 300.”

Statistics South Africa’s 2011 General Household Survey found that about 1.1-million South African households of all races lived in informal settlements or what were described as “shacks not in a backyard”. A further 672,000 lived in shacks in the backyards of existing houses.


Coincidentally, Simpson’s report and the accompanying article were aired and published the same day as South Africa’s City Press newspaper published a lengthy article by Frans Cronje, deputy chief executive of the SA Institute of Race Relations, in which he argued that the white population had shown continued economic prosperity since South Africa’s transition to democracy in 1994.

Raw data compiled for the 2011 Census backs up the picture painted by the General Household Survey. Using StatsSA’s online tools it is possible to isolate specific population groups within the datasets and the results are revealing.

According to those figures, 1,868,325 “black African” households lived in shacks, informal settlements, caravans or tents at the time of the census.

Just 7,754 white households lived in informal settlements. If each household consisted of four people, which is slightly higher than the national average of 3.6 used in the 2011 Census, it would mean that there were around 31,000 whites living in informal dwellings. A fraction of the number suggested by Helpende Hand.


The claim that 400,000 whites are living in squatter camps is grossly inaccurate. If that were the case, it would mean that roughly ten percent of South Africa’s 4.59-million whites were living in abject poverty.

Census figures suggest that only a tiny fraction of the white population - as little as 7,754 households - are affected.

The claim that there are 80 or more “white squatter camps” in the Pretoria area would also appear to be grossly overstated. Many of the places referred to are not camps at all.

AfriForum’s Roets gave the BBC inaccurate figures and the BBC took them without apparently checking, producing a skewed piece of journalism that failed to accurately reflect reality.

Various media organisations and officials have claimed that 70% of Nigerian children aren’t registered. We checked.