Do Americans and Europeans waste 15 times more food than people in Africa?

Many African countries are taking stock of food shortages following unpredictable weather, forcing many to tighten their belts including through paying higher prices.

But do wealthier countries have a different sort of problem: large food waste, to go with large waists?

"Europe and US households waste 15 times more food than a person in Africa," the tweet said.

A nice bit of statistical fodder for a fact-check, we thought. 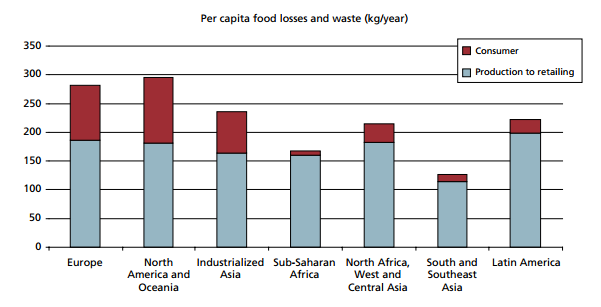 Fruit and vegetables judged as too ugly to sell by French mass market retailers are displayed during a national day of action against food wastage in October 2016 in Paris. Photo: AFP/MIGUEL MEDINA" />

FoodMentum’s funder Maria Huszar told us she got the stat from a blog post on Foodtank, a food policy information clearinghouse. The article used slightly different words, but the gist was the same.

Huszar acknowledged she swapped "consumer" for "household". She also lumped Canada in with the United States, but our main concern was to check the accuracy of the gap between the two leading industrialised economic regions and Africa.

A quick note here on what’s meant by food waste. That term refers to food that gets thrown in the trash, either by retailers -- think supermarkets and restaurants -- or consumers. That is separate from food loss, which happens at farms, in transport and at food-processing plants. Those products fall by the wayside due to spoilage or blemishes or wasteful production methods.

The UN’s Food and Agriculture Organization commissioned a benchmark study on both losses and waste in 2011. It concluded that the per capita food waste by consumers in Europe and North-America is between 95 and 115 kilogrammes a year. In sub-Saharan Africa and south and southeast Asia, it is between 6 and 11 kilogrammes a year.

Those numbers might seem clear. but they actually leave plenty of room for uncertainty.

You can play with the ratios and get results that vary from more than 15, less than 15 and pretty close to 15. 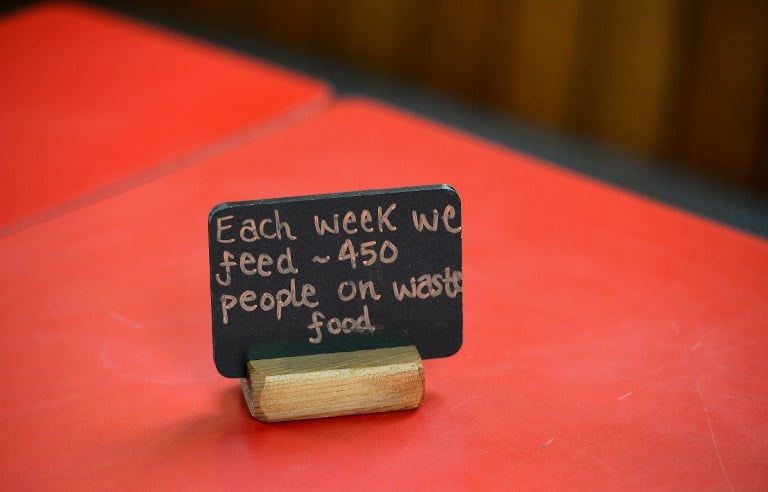 But most important for the claim we’re vetting, this study does not give a clear estimate of food waste for sub-Saharan Africa alone. It gives a range that includes much of Asia.

Vaclav Smil, professor emeritus at the University of Manitoba, Canada, told us there is good reason to keep the figures vague. Smil, who has written many books and articles on the intersection of food, policy, energy and the environment, said too much data is missing.

While some work has been done in Europe and the United States, the Food and Agriculture Organization reported in 2013 that "there are currently no published studies available related to the exact amount of food waste in developing countries".

Smil said the difference between North America and Europe compared to sub-Saharan Africa could fall anywhere between five and more than 12. All we can say for sure, according to Smil, is that the gap is large.

"In the US and Europe it's mostly on the consumer end," he said. "While in places like Africa, it's much more on the production end due to factors like pests, lack of adequate storage, and lack of infrastructure." 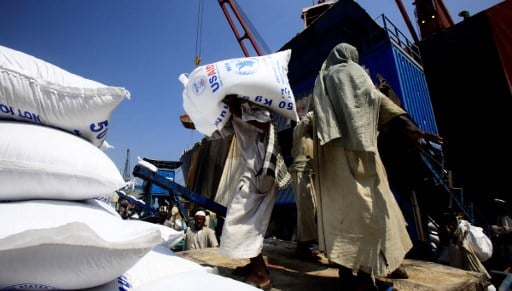 Rob Greenfield, founder of The Food Waste Fiasco, wears a suit made of every piece of garbage he generated in a month in New York in October 2016. The Food Waste Fiasco lobbies grocery shops to donate their excess food to non-profits so it can be distributed to people in need. Photo: AFP/TIMOTHY A. CLARY" />

So why is food waste so much bigger in wealthier countries? As the authors of the 2011 report put it, those "people simply can afford to waste food".That waste takes place at many points. Supermarkets throw out fruits and vegetables that lose a bright fresh look. Restaurants serve portions that go beyond what most people can finish.

This waste takes place at many points. Supermarkets throw out fruits and vegetables that lose a bright fresh look. Restaurants serve portions that go beyond what most people can finish.

As for what we do at home, a study in the United Kingdom found plenty of habits that make it more likely that food will end up in the trash. The list includes buying too much because we don’t know what we need and throwing out packaged food as soon as it goes past the printed expiration date, when it’s actually still fine to eat.

"People who do not cook regularly have very poor control of their fridge contents and do a poor job of avoiding preventable losses," he said. And he added that even when people do cook, especially single people, they "engage in little reheating next day".

By the way, Lipinski said his group doesn’t argue that if Americans and Europeans wasted less food it would help the nearly 800 million who don’t get enough around the world. It would save billions of litres of water and reduce greenhouse gas emissions, but that would do nothing to improve harvests and storage in places like sub-Saharan Africa.


The advocacy website FoodMentum said that Americans and Europeans waste 15 times as much food as the typical African. The number is on the high end of estimates and there are plenty of gaps in the data. But experts who study this say people in wealthier countries waste much more food than people in poorer ones.

We rate the claim mostly correct.

This report was originally published by Politifact. See how it appeared there.