Do a third of South Africans really suffer from mental illnesses?

Do a third of South Africans suffer from mental illness? This is the claim made recently in a front page report on the “sick state of mental health” in South Africa published by the country’s Sunday Times newspaper.

“More than 17-million people in South Africa are dealing with depression, substance abuse, anxiety, bipolar disorder and schizophrenia,” the report went on to say. Inside the newspaper a graphic accompanying a package of articles stated: “1/3 of South Africans suffer from some form of mental illness.”

But how were the figures determined and are they accurate? A number of readers asked Africa Check to examine the claim. 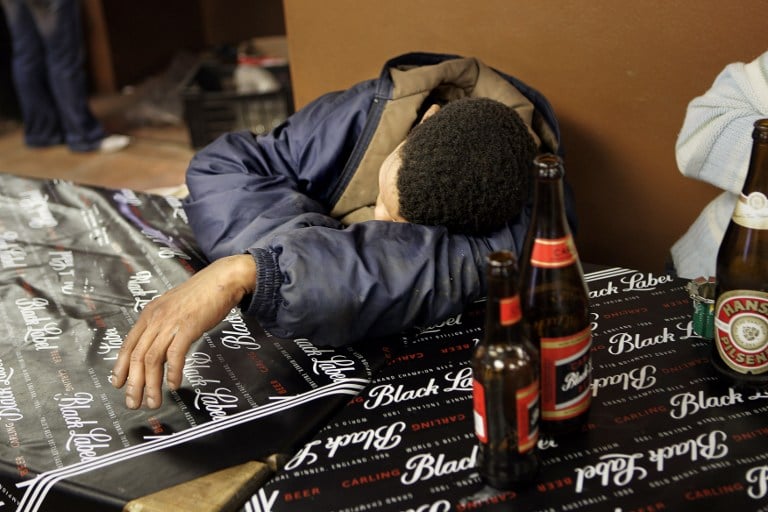 One of the primary sources listed by the Sunday Times was the South African Anxiety and Depression Group (SADAG). Cassey Chambers, operations director for SADAG, said the group had referred the newspaper to the first, and only, nationally representative study of common mental disorders in South Africa.

(Note: The distinction between "mental illnesses" and "mental disorders" is contested, the president of the South African Society of Psychiatrists (SASOP) told Africa Check. Dr Gerhard Grobler explained that conditions with a definite biological basis, such as schizophrenia, are usually viewed as mental illnesses, but that professionals mostly refer to a much broader category of  "mental disorders", which can include conditions like alcohol and drug dependence. We have opted to use mental disorders in the rest of the report.)

The South African Stress and Health (SASH) study referred to by SADAG was conducted between 2003 and 2004. It formed part of a world mental health survey that was initiated and funded by World Health Organisation (WHO). Representative samples of adult populations in 28 countries were canvassed, including two in Africa: South Africa and Nigeria.

The South African research teams interviewed a representative sample of 4,351 adults across the country.

The study focused on mental disorders that were known to be common, explained Professor Soraya Seedat, one of the study’s authors and professor of psychiatry at Stellenbosch University. These included anxiety disorders, such as panic disorder and post-traumatic stress disorder, mood disorders (a major depressive episode, for example), disorders to do with impulse control, as well as alcohol and drug disorders.

“Because of the large number of psychiatric disorders that exist, we could not practically evaluate all of them in a single study,” she said, adding that their choice was also guided by how easily trained lay interviewers could screen for a mental disorder.

The interviewers used a questionnaire developed and standardised by the WHO to make diagnoses. This was based on two international systems for the classification of mental disorders and other health problems, the ICD-10 and DSM-IV.

These systems list alcohol and drug abuse, as well as dependence on them, as mental disorders. One of the reasons for this is that substance abuse can cause substantial brain changes, Professor Dan Stein told Africa Check. He was co-author of the study and is the director of the Medical Research Council’s Anxiety and Stress Disorders Research Unit at Stellenbosch University and the University of Cape Town.

Ultimately the goal was to establish how many adult South Africans suffered from mental disorders over the course of a year, as well as the course of their lives (referred to as lifetime prevalence). The severity of 12-month cases was also determined. 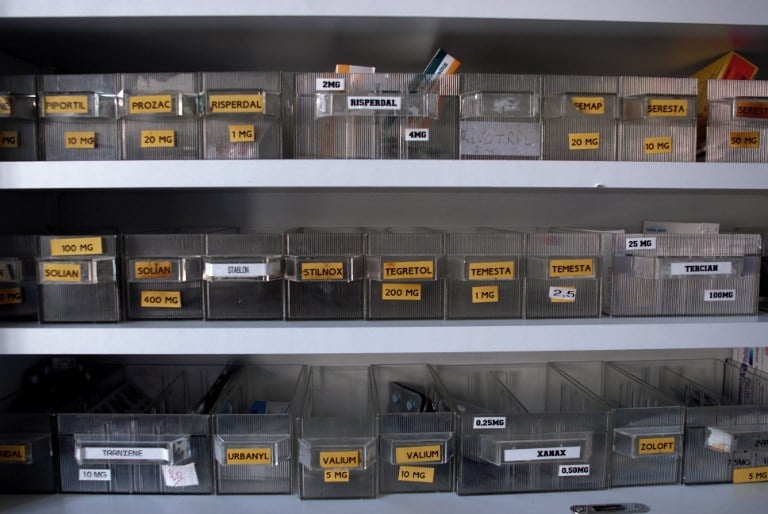 Children and adolescents were excluded from the SASH study. Stein said different interviews that were aimed at children’s vocabulary and cognitive abilities would have been required.

The researchers also did not assess a number of key disorders, such as bipolar disorder, attention-deficit/hyperactivity disorder and obsessive-compulsive disorder, for the reasons discussed above.

Stein and Seedat said that had these disorders been included, the prevalence of mental disorders would have been higher. But by how much they cannot say for sure until a representative study on these has been carried out.

So what did the study find?

The survey found that 16.5% of South Africa’s adult population suffered from some or other form of mental disorder in the 12 months it covered. The most common disorders – all with a prevalence of around 5% - were major depressive disorder, a disorder called agoraphobia without panic (where people fear leaving a “safe zone”, such as their house) and alcohol abuse.

Around 26% of cases were classified as severe, 31% as moderate and 43% as mild. Seedat explained that a case was rated as serious when the person was dependent on alcohol or drugs, had attempted suicide in the past 12 months, or when their functioning at work, or in their family or social life was severely impaired.

The researchers did find that 30.3% - or around a third - of the adult population would suffer from some form of mental disorder over the course of a lifetime. The most common disorder was alcohol abuse, at 11.4%.

According to the Sunday Times, "[m]ore than 17-million people in South Africa are dealing with depression, substance abuse, anxiety, bipolar disorder and schizophrenia." That would account for around a third of South Africa's 51.8-million population.

(Interestingly, the corresponding lifetime prevalence of mental disorders in Nigeria was found to be 12%. Of the countries surveyed the United States showed the highest prevalence at 47.4% with Columbia, France, New Zealand, the Ukraine and Netherlands also ranking higher than South Africa.)

Honorary Secretary of SASOP and Associate Professor at the University of the Witwatersrand, Prof Bernard Janse van Rensburg, also said it would have been more correct to refer to the time-frame of the study when describing the incidence of mental disorders. Some, such as schizophrenia, bipolar disorder and sometimes even major depressive disorder, are long-term conditions, whereas disorders such as substance abuse depend on the length of the abuse.

Conclusion: The claim is not entirely accurate 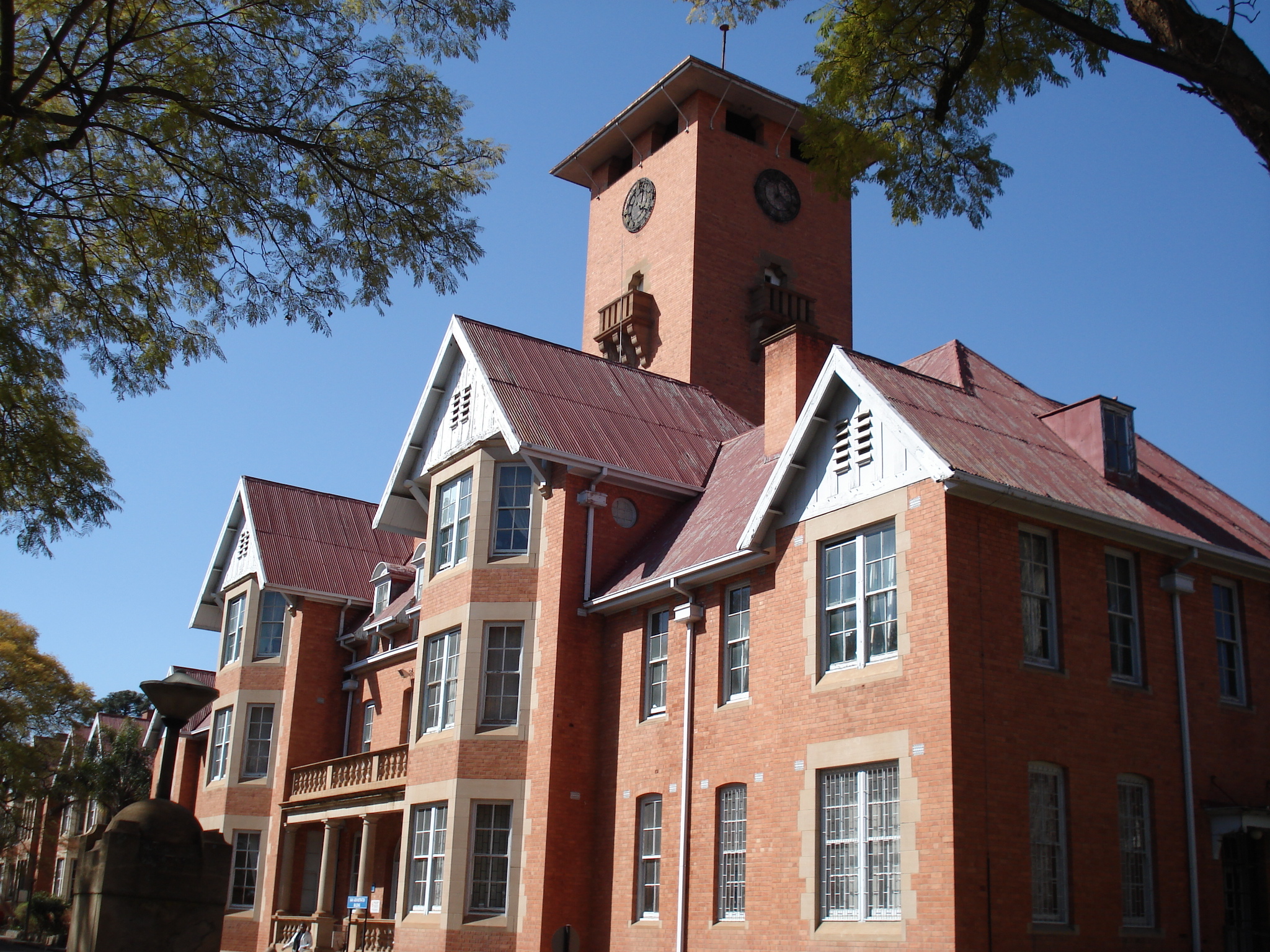 Based on the available data the claim in the Sunday Times report that “[o]ne-third of our population suffers from mental illnesses” is only accurate when “suffers” refers to common long-term disorders. (In addition, it would have been more accurate to refer to "mental disorders", as mental illnesses are usually viewed as a subset of these.)

According to the only representative study conducted so far in South Africa, 30.3% of adults will have suffered from some form of mental disorder in a lifetime. In the twelve months covered by the study around one in six adults – or 16.5% -  suffered from common mental disorders. A quarter of these cases were classified as serious, which represents about four out of every hundred South Africans.

The study was not exhaustive as it did not include children and adolescents, and excluded disorders that were not deemed common. It is therefore also incorrect to claim that “[m]ore than 17 million people in South Africa are dealing with depression, substance abuse, anxiety, bipolar disorder and schizophrenia".

Importantly, the numbers on which the Sunday Times based its claim are not new. The SASH study was published in May 2009 and the data on which it was based is a decade old.

The Sunday Times should certainly be commended for investigating the issue and publishing a powerful package of articles looking at mental health issues. However, it is also important that the issue be properly quantified. There is a need for more current studies and surveys on the prevalence of mental health disorders in South Africa.