Does Nigeria’s Kaduna state have more gold than South Africa?

From his time as a minister in the Olusegun Obasanjo administration, Nasir El-Rufai has not been one to shy away from speaking his mind.

And since becoming governor of Kaduna state in Nigeria’s north-west region on the platform of the ruling All Progressives’ Congress (APC) in 2015, El-Rufai’s pronouncements have become even more controversial.

Opening a two-day Kaduna Economic & Investment Summit last month, El-Rufai gave a keynote speech. TheCable.ng reported that he said: “On solid minerals, you’ve seen the presentation [of] the minerals we have in Kaduna, but they missed out a very important mineral: gold.

“We’ve just confirmed that Kaduna state, indeed Birnin Gwari local government alone, has more gold than South Africa. This is proven, this is verifiable; we have all the data and we are collaborating with the federal ministry of solid minerals [development].”

(Note: Incidentally, TheCable.ng illustrated their report with a picture of Ghanaian gold miners.)

Is all that glitters gold in El-Rufai’s claim? We set out to look for the data.

Was he talking of gold reserves or gold resources? 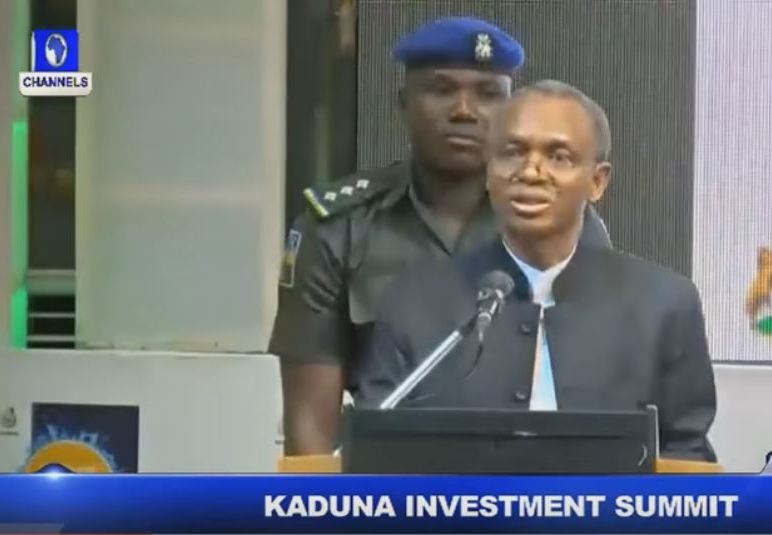 A YouTube video from Channels Television confirms that El-Rufai was quoted correctly.

Over the space of a week, Africa Check sought to get hold of spokesman Samuel Arwuan to ask for the data El Rufai had based his claim on, but Arwuan neither took calls nor responded to text messages. Eventually, we dialled from a UK-based number and then Arwuan personally called back after missing the call. But he hung up immediately on hearing the reason for the call.

To verify El-Rufai’s claim, we would need to know whether he was suggesting that the gold said to exist in Kaduna state qualifies as reserves or as resources.

Thomas Yager, country specialist for Nigeria and South Africa at the United States Geological Survey, a US government agency, explained to Africa Check that reserves refer to the mineral deposits that can be mined economically at a specific time.

Resources include the reserves but also deposits that would be too expensive to extract at the time. And it is unclear which El Rufai was referring to.

Data on Nigerian gold is hard to track down

Official statistics on gold thought to exist in underground in Nigeria are not readily available. The Nigerian Mining Corporation, established in October 1972 as the statutory body charged with undertaking mining activities, is based in Jos, a four-hour drive from Kaduna. But it has long since been inactive, with most government attention going to the oil and gas sector.

A 2010 report by the ministry of solid minerals showed that Nigeria’s gold production totalled about 6 tonnes since the 1930s. Figures from the US Geological Survey’s 2016 Mineral Commodity Summaries put the production volume for South Africa in 2014 at 152 tonnes and the quantity of reserves at 6,000 tonnes - the 3rd highest in the world after Australia and Russia.

Nigeria’s minister of solid minerals development between 2006 and 2007 and now professor of law at the University of Arizona, Leslye Obiora, told Africa Check: “While I was in office, we certainly had objective evidence suggesting Nigeria's considerable potential gold deposits. However, the scientific research to buttress the findings and map out specific details was still ongoing at the end of my tenure.”

Yinka Oyebode, spokesman for current minister Kayode Fayemi, told Africa Check: “We are gathering data to recalculate the quantity of gold deposits present in Nigeria so I cannot categorically state the amount present now. The minister has made it a priority to get things up to date and collaborate with the state governments in the exploitation of mineral resources including that of gold across the Kaduna-Nasarawa belt.”

The governor of Kaduna state in Nigeria, Nasir El-Rufai, claimed that it is “proven” and “verifiable” that his region has more gold than South Africa, for a long time the world’s top producer.

However, his spokesman did not respond to queries asking for this proof and neither did the Nigerian government have data at hand.

Until El-Rufai shows us “all the data” that proves his statement, it remains simply a claim and an unlikely one at that. The suggestion that the claim is verifiable is, itself, incorrect.

No, South Africa does not account for ‘50% of global mining deaths’