In February 2014, Africa Check published a column which questioned the sourcing of various pre-election claims being made on Twitter by South Africa’s opposition Democratic Alliance (DA).

The DA’s then social media manager, Alex Molteno, said the party strives to ensure that any claims its makes are accurate and added that if Africa Check “finds that any of these statistics are inaccurate, we will gladly rectify them.”

Many of the DA’s claims relate to its performance in the Western Cape, the only province in the country that is not held by the governing African National Congress. This report - the first of two on the DA - evaluates a number of key claims made by the party on Twitter using the hashtag #DADelivers.

It forms part of a series of fact-checks of leading political parties and politicians to be published by Africa Check in the run-up to the elections on May 7 2014.

“In the 2nd half of 2012/13, the WC Provincial Govt. created 60,000 work opportunities via the Expanded Public Works Projects. #DAdelivers”

The DA’s former social media manager, Alex Molteno, said the claim was based on the Expanded Public Works Programme’s second quarterly report for 2012/13.  But according to that report,  68,044 work opportunities were created in the Western Cape in the first half of 2012/13, not the second half as stated in the DA’s tweet.

If the claim was based on the first half of the year, then it understated performance.

The third and fourth quarterly reports - which cover the second half of the year - have yet to be released and it is unclear how many work opportunities were created then.

“@DA_News municipalities have created 31,000 job opportunities in the past year. #DAdelivers”

This claim appears to have first been tweeted by Gavin Davis, the DA’s communications director, on 1 March 2013. It was then recycled by the DA which tweeted it on several different dates including 18 September, 2 October, 18 November and 30 December 2013. The claim was also included in the party’s 2014 election manifesto, which was launched in February 2014.

It is therefore unclear whether the claim refers to a calendar year, a financial year or a specific 12 month period. If it was the latter, then - given the fact that the tweet was used on several different dates - which 12 month period did it refer to?

According to the DA, the claim is supported by the Expanded Public Works Programme’s  second quarterly report for 2012/13.  But that report states that 18,104 work opportunities were created in Western Cape district and metropolitan municipalities between 1 April 2012 and 30 September 2013. A further 7,491 work opportunities were created during the same period in Western Cape local municipalities. Add them together and you get a total of 25, 595.

According to the DA, the claim is supported by data collected during South Africa’s 2011 national census.

According to the census, 93.4% of Western Cape households used electricity for lighting, compared to 91.1% in the Free State and 87.4% in Gauteng.

(An earlier Africa Check report evaluated similar claims about water access made by the national government.)

“The City of Cape Town delivers more to poor residents than any other city in the country. #DAdelivers”

The DA says the claim is supported by a 2011 report on household access to basic services which was compiled by the national government’s Department of Co-operative Government and Traditional Affairs.

It’s important to note that the report referred to “the levels of household access to basic service” throughout the city and did not refer specifically to poor residents.

Andre Bothma, the DA’s marketing director,  told Africa Check that the claim was also supported by the City of Cape Town’s Mid-Year Review (2011-2013) which stated that “[t]he City of Cape Town has the best record of any metro in the country for providing basic services, and providing financial relief to the poor”.

However, the review provided no evidence or data to support the claim and it is unclear how it arrived at its conclusion that the city had the “best record of any metro in the country”.

The 2012 non-financial census of municipalities revealed that the Western Cape has the highest percentage of households in the country receiving free basic water, electricity and sewerage and sanitation.

“The [South African] gap between the 'haves' & the 'havenots' is smallest in City of Cape Town. It has the highest level of equality in SA. #DAdelivers” 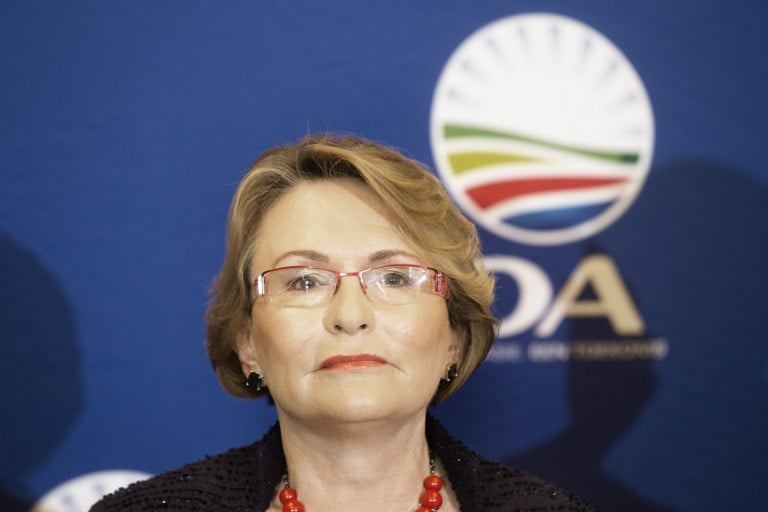 The DA based the claim on the 2010/2011 State of the World's Cities report produced by UN-Habitat, the United Nations Human Settlements Programme.

The report, which used the Gini coefficient to compare inequality between cities, suggested that East London and Johannesburg were some of the most unequal cities in the world. While Cape Town was found to have high levels of inequality by world standards, it was found to be the least unequal of the South African cities examined for the report.  Of the South African cities analysed, Cape Town had the lowest Gini coefficient at 0.67 while East London and Johannesburg had the highest Gini coefficients at 0.75.

The 2012/2013 State of the World’s Cities report found that Cape Town was a more broadly prosperous city than Johannesburg, the only other South African city examined.

“Of the R18 billion spent on service delivery in the City of Cape Town, R11billion is spent on the poor communities. #DAdelivers”

Andre Bothma, the DA’s marketing director, said the claim was based on a 2012 City of Cape Town expenditure analysis. He told Africa Check the document is not publicly available. (This contradicts a statement by Molteno, the DA’s former social media manager, who told us that the DA keeps a database of “DA delivery facts, each accompanied by a reference to a source for it that is publicly available”.)

Bothma also referred us to a September 2012 speech by Cape Town mayor Patricia de Lille in which the claim was made. But De Lille made no reference to the source of the claim.

Her spokesman, Solly Malatsi, said the claim was taken from the  City of Cape Town’s 2012/13 budget using “data analytics models”.

“Using the basis of service delivery departments as the quantum of focus, we then tabulate expenditure patterns using a ward analysis of geographical income distributions in the City matched against a formula of total spending amounts to arrive at the percentage-based figure,” he explained.

Africa Check has been unable to independently verify the accuracy of claim.

“80% of the R2 billion spent by the Western Cape Government on tenders during 2012/2013 was paid to #BEEbusinesses. #DAdelivers”

The DA says the claim is based on a Western Cape government analysis of expenditure.The analysis states that ‘[i]n the 2012/13 financial year, the majority of tenders over R100 000 were awarded to BEE firms. In total, bids worth R1.6 billion went to BEE firms”. This amounts to 80% of the total. 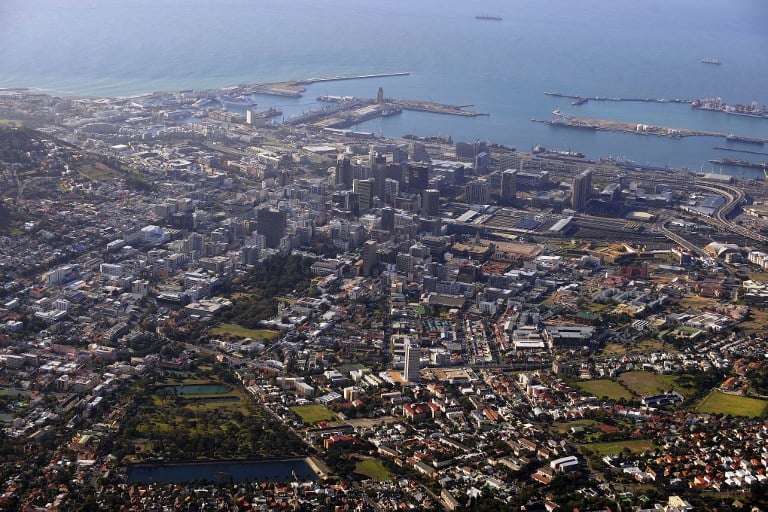 The DA claims that the tweet was sourced from the 2013 “Western Cape Human Resource Database”. Bothma told Africa Check that the database was not publicly accessible.

When asked if there were other documents that supported the claim, Bothma directed us to a Times LIVE article and a City Press article in which the Western Cape premier and DA leader, Helen Zille, claimed that “77 percent of our 50,521 senior employees fell within the designated 'black group’”. No source for that claim was provided.

We have been unable to independently verify the accuracy of the claim.

“76% of the Western Cape Government's budget is redistributed to poor communities. #DAdelivers”

However, the source provided does not support the claim.

The presentation, delivered by Helen Zille in August 2012, claims that an analysis of a representative sample of departments revealed that 76% of their budgets were redistributed to poor communities. Only the departments of health, education, human settlements, social development and cultural affairs and sport were considered in the analysis. Expenditure in eight other provincial departments was not analysed.

“8 of the top 10 South African municipalities in the Municipal IQ’s Productivity Index are governed by @DA_News. #DAdelivers”

This claim has been tweeted a number of times since November 2013 and is said to have been taken from Municipal IQ’s 2013 Productivity Index. Municipal IQ is an independent data service that monitors and assesses South Africa municipalities.

The claim is not strictly correct (though it is close) as the index shows that six of the ten top-performing local municipalities are run by the DA and one is run by a DA-Cope coalition.

“In its first four years in government, the DA-governed City of Cape Town tripled the number of houses delivered per year. #DAdelivers”

The DA said that the claim was sourced from the Cape Town Story, a booklet published by the DA in March 2011. It claimed that “the post-2006 City government has built three times the number of houses its predecessor managed”.

Bothma told Africa Check that the “youth wage subsidy programme” that the tweet refers to is the Western Cape Department of Economic Development and Tourism’s “Work and Skills Programme”. Bronwynne Jooste, a spokesperson for the Western Cape provincial minister of finance, economic development and tourism, Alan Winde, told Africa Check that R10-million was spent each year on the programme in 2009/10, 2010/11 and 2011/12. Expenditure decreased to R8.9-million in 2012/13 and R13.4-million was spent on the programme in 2013/14.

Jooste couldn’t provide a document or an audit to support the figures. She said that the Work and Skills Programme’s expenditure was not accounted for separately in the department’s financial statements and was included under the broader category of “workforce development”.

The Premier’s Advancement of Youth Project started in 2012/13. Zak Mbhele, Zille’s spokesman in her capacity as Premier,  told Africa Check that R23,1-million is spent every year on the Premier’s Advancement of Youth Project. This, he said, was based on paying 750 interns R2,400 per month for 12 months. An annual amount of R1,5-million is also allocated for administrative costs.

But Mbhele was unable to provide documentation to support the figure.  “…[T]he remuneration expenditure on the [Premier’s Advancement of Youth Project] is part and parcel of personnel costs across all departments and is not reflected in a separate, collated document,” he explained via email.

If the figures provided by Jooste and Mbhele are correct, it would appear that a combined total of R32-million was spent in 2012/13 financial year and  a further R36.5 million in 2013/14. These figures are close to, but not in line with, the R33.6-million per year that the DA’s claim refers to. It is unclear how the DA calculated that figure.

Is the DA's Western Cape Story a "good story to tell"?

Where does the Democratic Alliance get its facts? By Ray Joseph