South African government officials have met diplomats from other African countries to discuss reported attacks on foreign nationals in the country’s KwaZulu-Natal and Limpopo provinces.

Videos and photos of unrelated events

Graphic videos and photos of violence have been widely shared online with the claim they show xenophobic attacks. Several readers asked Africa Check to find out if they were real.

We were also alerted to similar images on Facebook through our third-party fact-checking programme with the social network.

We found that although they were shared out of concern and to raise awareness, many of the most-travelled videos and photos are of unrelated events. (Note: Some of the videos are graphic and viewer discretion is advised.)

Gruesome video is of mob justice in North West province 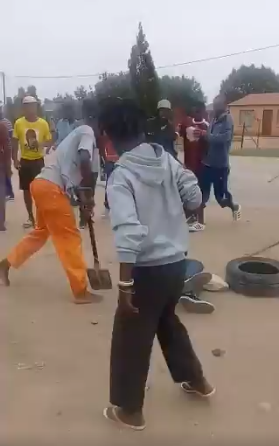 A Twitter user shared a video claiming South Africans were carrying out “terrible & inhumane attacks” on foreigners. “This is truly happening we cannot deny or make fun of this,” the user tweeted.

We captured a screenshot from the much-shared video and searched Google for the image.

The results took us back to Twitter, where at least two users shared the video in early February 2019. Both linked the video to “mob justice” in Mahikeng, the capital of South Africa’s North West province.

Although we couldn’t find any media reports on the incident in Mahikeng, the video was shared online at least a month before the latest flare-up of violence. So it can’t show attacks on foreigners in the last few days. We were unable to confirm the nationality of the victim.

Some Twitter users pointed this out, saying it was an “old video”. Others urged social media users to verify information before sharing.


Another video is robbery shoot-out in Johannesburg 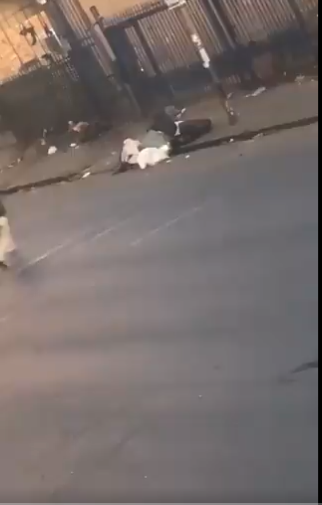 A reverse image search didn’t produce any results for a second video, shared to Twitter on 31 March 2019.

“Whatever is happening in South Africa proves that the country is trying to do anything to finish fellow Africans in the country,” the tweet reads.

But a Twitter user was quick to point out that the video was used out of context. They posted a second video of the same scene from a different angle.

This second video was shared to Twitter on 14 March 2019. It was linked to a police shootout in central Johannesburg.

A quick Google search for “shoot out Johannesburg March 2019” picked up a news article on the incident. Included was the original video, taken by a witness during an attempted robbery on 14 March.

In the video, the robber can be seen lying motionless across the street. Seconds later, passers-by approach him and take matters into their own hands. We were also unable to confirm the nationality of the victim.

It is this second part of the video that has been used out of context and described as a recent attack on foreigners.


Burning bus picture from Malawi – not related to SA 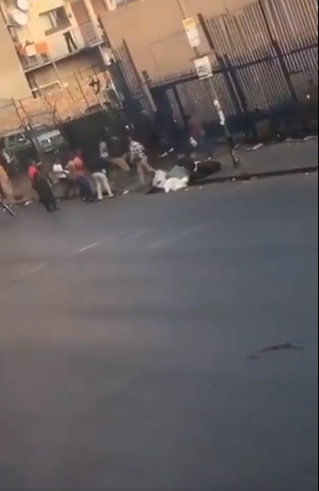 A Facebook user claimed Zambians had “declared war” in retaliation to the xenophobic attacks, burning buses and shuttering businesses owned by South Africans.

Two photos of a burning bus were posted as evidence. The bus belonged to Intercape, a South African transport company that operates throughout southern Africa.

We first ran the image through Foto Forensics. This free tool for checking digital image alterations showed little evidence of manipulation, as some readers had suggested.

A reverse image search was also unhelpful. But, as already seen with the Johannesburg shooting video, sometimes the best approach is the direct one. We  entered the search terms “Intercape” and “burning bus” into Google. It brought up a number of news stories.

Intercape told Africa Check that the image was genuine, and taken in Malawi. However the company said the fire was caused “by a technical malfunction which is currently under investigation” – not by Zambians retaliating against xenophobia.


Burnt-out trucks from 2016 protests in Tshwane 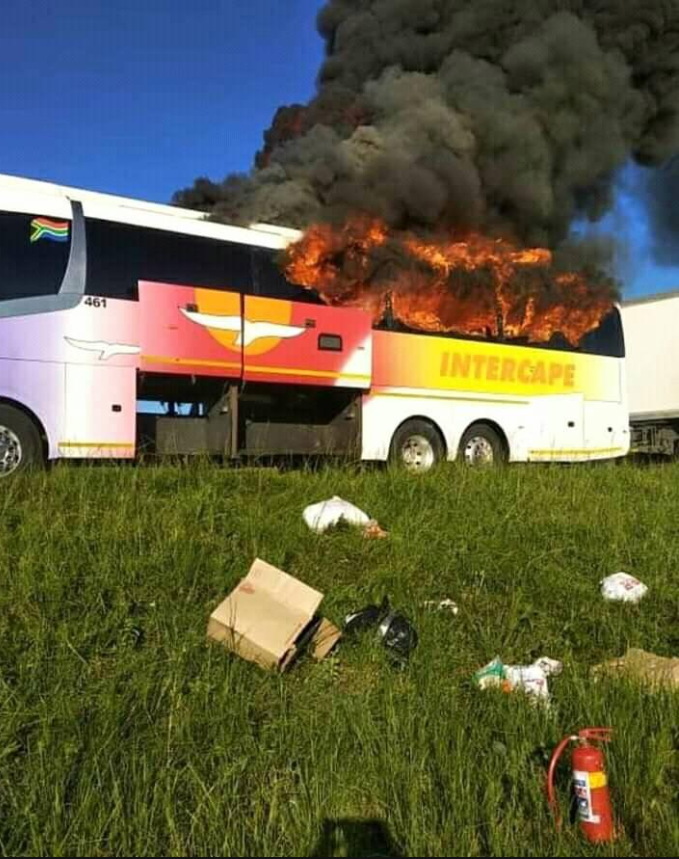 The article said vehicles were being targeted at the Beitbridge border post as “revenge for their brothers and sister who have been ruthlessly murdered in Xenophobic attacks”.

Two photos of burnt out trucks were published as evidence.

But national police spokesperson Brigadier Vishnu Naidoo told Africa Check there have been no reports of such attacks at the border post. “A lot of the social media reports are fake,” he said.

A reverse image search shows one image is of a protest in Tshwane in 2016 after the ruling ANC party nominated Thoko Didiza as a mayoral candidate.

The other was taken in July 2018 during a protest over dirty water in Hammanskraal.

“It seems to convey the message that nothing has really changed and all efforts made to reduce or eliminate xenophobia have not been fruitful,” Carrasco said.

While the problem still persists, there are some differences from earlier attacks in 2008 and 2015 which should be fairly presented to avoid exacerbating the problem, Carrasco said.

GUIDE: How to verify images on your smartphone

This step-by-step guide explains how to do a reverse image search to check whether the photo you saw on social media is the real thing.

GUIDE: How to verify a website and the people behind it

Fake news sites can look very convincing. Here are two tools as well as tips to help you check the credibility of a website.