Femicide in South Africa: 3 numbers about the murdering of women investigated

Published on 13 July 2017
South Africans “must be extremely worried” about the number of women being murdered in the country, Minister Nathi Mthethwa told a femicide imbizo at the end of June.

“South Africa femicide rate is 5 times more than the global rate,” Mthethwa, the minister of arts and culture, added. Key findings from the “many surveys which have been done on this matter” included that “in South Africa, every 8 hours a woman is killed and at least half of these women die at the hands of their intimate partners”.

A reader drew our attention to the claims. Africa Check then contacted Mthethwa’s spokesman to get his source, but at the time of publication, it was outstanding.

(Note: Spokesman Lisa Combrinck has since responded, saying: “There is no further need to share the sources with you of the other references you request, as you have gone to similar sources that were used for the most part.”)

This works out to a woman being murdered every 4 hours in South Africa. (Note: When women murdered by intimate partners are considered, the most recent data points to one murder every 8 hours, as we explain next.)

“...and at least half of these [murdered] women die at the hands of their intimate partners.”

A policewoman participates in the opening ceremony of the 16 Days of Activism on No Violence Against Women and Children campaign in Atteridgeville on 25 November 2011. Photo: GCIS" />

De Beer told Africa Check that “the crime registrar office of the South African Police Service does not keep intimate-partner-violence statistics, as this is not a legally defined crime”.

The most recent data we have on intimate partner femicide in South Africa is based on 2009 autopsy data of women aged 14 years and older from mortuaries across the country.

Researchers, mainly from the South African Medical Research Council’s Gender and Health Research Unit, corroborated the data by interviewing police investigators “to verify the cause of death, to identify relationships with perpetrators and to collect other crime investigation data”. The sample of cases was then weighted to be nationally representative.

For the study’s purpose, intimate femicide was defined as the murder of women by their “current or ex-husband or boyfriend, same-sex partner or a rejected would-be lover”.

The published study indicated that the police could identify the perpetrator in 1,792 of an estimated 2,363 cases. Of the cases where a perpetrator had been identified, more than half of the murders (57.1%) were by an intimate partner.

Though the perpetrator was unknown in 22% of the cases, this was not thought to skew the results significantly, two experts involved with the study told Africa Check.

The researchers made the statistical assumption that the perpetrator data was missing at random and that “one would get the more or less the same intimate/non-intimate distribution in the cases with the missing data”, Prof Carl Lombard, director of the MRC’s biostatistics unit and study co-author, said.

“There are all sorts of statistical ways to deal with missing data, but if you have the majority of the data... then the results won’t change [in important ways],” Dr Edward Mills told Africa Check. He is associate professor in the department of health research methods, evidence and impact at McMaster University in Canada and edited the journal article.

The researchers’ data for 1999 showed that in 50.2% of cases where a perpetrator was identified (18.5% of the total), the victim was killed by an intimate partner. These studies “suggest a relatively stable but possibly increasing proportion of intimate partner femicides”, criminologist Anine Kriegler told Africa Check. She is co-author of the book A Citizen’s Guide to Crime Trends in South Africa and based at the University of Cape Town.

“This is unlikely to have seen dramatic change,” she noted. “I would say [this claim] qualifies as ‘correct’, given available data.”

The estimates are based on information from several sources, including data provided by countries from police and vital registration sources, data from UNODC’s global studies on homicide and the WHO’s mortality database. To put together comparable estimates of murder rates across countries, the Violence and Injury Prevention programme used observed data as well as modelling for countries where it wasn't available or of low quality.

Based on these data sources the organisation projected murder figures for 2015. Burrows noted that the estimated global rate of femicide for 2015 was 2.4 per 100,000 women. South Africa’s rate for the same year was 9.6 per 100,000 women. This would mean that South Africa’s rate is 4 times that of the global average when considering the latest estimates.

When actual data for 2010 is considered, we see that the country’s femicide rate was then 5.1 times higher than the global average.


The rate of femicides needs to be contextualised within the broader murder rate. Abrahams told Africa Check that a high femicide rate was plausible as we “have high homicide anyway”.

“Therefore, it is very likely that our femicide rate also decreased. Of course, the overall murder rate increased by almost 13% in the past 4 years.”

COMMENT: The white right, women’s murders and a massacre of statistics 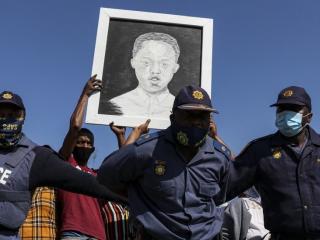 After a boy with down syndrome was shot outside his home, claims about the actions of South Africa’s police force have appeared online. Is, ...

South African president Cyril Ramaphosa was wrong when he said 51% of women in the country had experienced partner violence. It's important ... 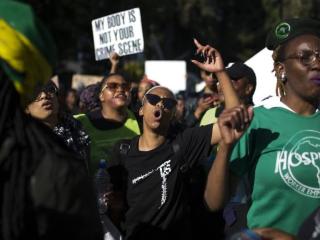 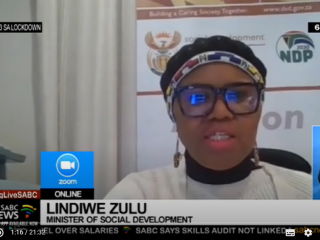 Minister Zulu wrong. South Africa ranks high, but not ‘number one in the killing of women’

The violent killing of women is undeniably a scourge in South Africa. But a government minister is wrong to claim that it tops international... 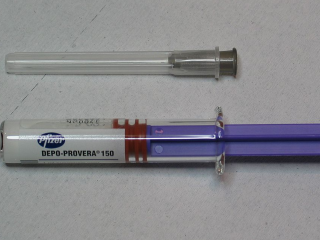 Does Depo-Provera, sub-Saharan Africa’s most commonly used contraceptive, increase women’s chances of HIV infection by 40%? No - while the a... 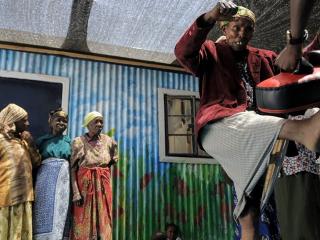 Are women three times as likely to live to over 100 than men in Kenya? Not exactly

A Kenyan newspaper said “the chances” of women living to more than 100 in Kenya are nearly three times those of men. But it’s not that simpl...