On January 1, President Yahya Jammeh of Gambia announced plans in his New Year address to build a large hospital in the tiny west African nation offering a herbal ‘cure’ for AIDS to up to 10,000 patients every six months.

"With this project coming to fruition, we intend to treat 10,000 HIV/AIDS patients every six months through natural medicine," President Jammeh said, adding that he expects the hospital to open in 2015.

The supposed AIDS treatment, composed of a special brew of boiled herbs, was first announced by Jammeh in 2007. 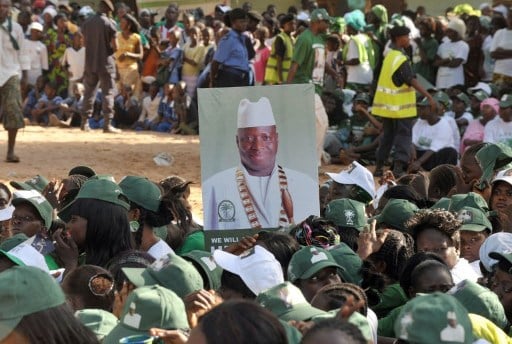 Gambian leader declared a herbal 'cure' for AIDS in 2007

The UN envoy to Cambida Fadzai Gwaradzimba was kicked out of the country in 2007 after issuing a statement criticising the claim and advising people to stick with existing antiretroviral treatment.

The World Health Organisation also criticised the claims made for the treatment saying they are ineffective against HIV/AIDS, give false hope to the sick and, since patients are required to cease taking anti-retroviral drugs, actually make patients more prone to infection.

Writing for UN Dispatch, Chris Albon, governance project director at NGO Frontline SMS, pointed out that, since a relatively low percentage of the population in Gambia is infected with HIV, it appears likely that the proposed hospital is aimed at a wider --- probably African --- audience.

This is where Jammeh’s plans assume an importance to the wider continent, outside Gambia. 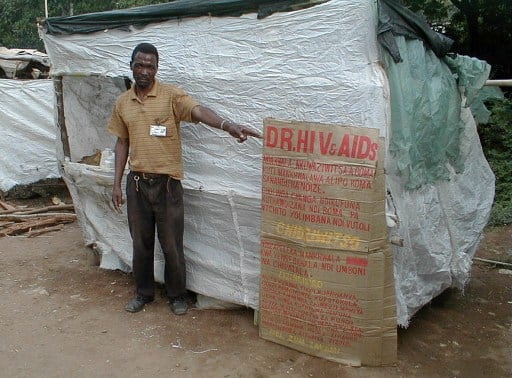 While people who work in the field say the occurrence of bogus claims in South Africa has largely diminished, particularly since antiretroviral therapy (ART) is freely available in public health clinics, they continue to notice the inclusion of HIV and AIDS in adverts for immune boosters.

Dr. Sindisiwe van Zyl, who works in comprehensive care and management of HIV with the Anova Health Institute, says she “is concerned about the misleading information” immune booster adverts put out.

For example, van Zyl told Africa Check, if an advert states that “this drug increases your immune system” – ikhuphula amasotsha omzimba in Zulu– she says it makes patients believe that this is an alternative to lifelong treatment.

Van Zyl has a blog and says she has had numerous questions about which immune booster can be taken to “increase the CD4 count”. The CD4 count is a marker for when people go onto ART.

JournAIDS, a website set up to help journalists report on HIV/AIDS, last year picked up and commented on a full page advert in The Sowetan newspaper. The blog also highlights the history of the Medicines Control Council and regulation of vitamin and herbal products.

JournAIDS has also previously raised the issue of misleading ads appearing in the classified section of the paper.

In an opinion column in December, the Times Media’s Public Editor Joe Latakgomo criticised newspapers for publishing adverts from bogus doctors offering fake cures for all manner of ailments and misfortunes.

Most of these adverts appear in newspapers aimed primarily at the black African audience, he said, and asked: “How much do these ‘doctors’ pay to publish blatantly untrue claims, which would, if these were published in the so-called 'white' newspapers, create an outcry from media activists and consumer bodies? Why do the media accept advertisements making such claims?”

There is no known cure for AIDS at this time. ‘Treatments’ such as those advertised by the Gambian president have no scientific basis and can raise false hope in the sick and even harm those they purport to cure.

But fake 'cures' for AIDS are just part of the problem of bogus treatments, as fake cures are offered for all manner of ailments and illnesses in roadside clinics and through newspaper adverts around the continent.

Often, as Joe Latakgomo says, these adverts are accepted almost without question in the media that publish them. At Africa Check, we are keen to help tackle this problem and need your support to let us know when you see adverts or statements peddling what you suspect are bogus ‘cures’ or 'treatments' for HIV/AIDS and other conditions.

If we can, we will investigate.