Has Jacob Zuma hurt the fight against AIDS more than Thabo Mbeki?

Has South African president Jacob Zuma done more damage to the fight against HIV/AIDS than his predecessor, Thabo Mbeki? Helen Zille, premier of the Western Cape and leader of South Africa’s opposition party the Democratic Alliance (DA), thinks so.

On her official Twitter account Zille recently tweeted: “If Mbeki set the AIDS fight back, Zuma has done so far more.” In another tweet Zille claimed that Zuma’s “multiple concurrent sexual partners” had “equally undermined [the] fight against AIDS”.

Is there any truth to her claims? A reader asked us to investigate. 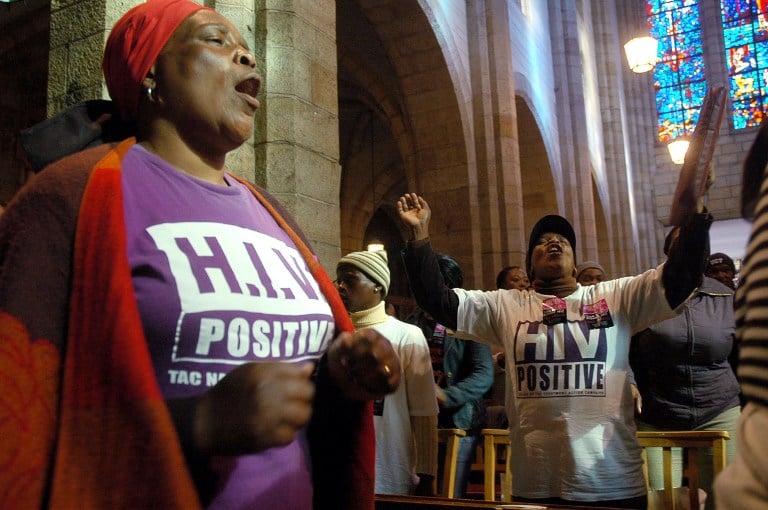 Zille told Africa Check that “[i]t is certainly my opinion that Zuma has done far more than Mbeki to set back the fight against AIDS”.

She said that while Mbeki had publicly questioned the link between HIV and AIDS, “it was possible to get across the fact that unprotected sex is the primary cause of transmission”.

Zuma, by comparison, “is notorious for having sexual partners outside his current marriage relationships”.

“He made world headlines when he announced that he had knowingly had unprotected sex with an HIV positive woman and had a shower afterwards to stop himself getting AIDS. And this very graphic example of behaviour that leads directly to the spread of AIDS had a far stronger role model impact than anything obtuse that Mbeki ever said on the subject.”

(Zille’s full response to Africa Check can be read here.)

As evidence, Zille cites the latest Human Science Research Council’s (HSRC) South African National HIV Prevalence, Incidence and Behaviour Survey which shows that “469,000 new HIV infections occurred in the population 2 years and older during 2012”. Her tweet and an article published in the DA’s newsletter argue that these infections are being driven by “multiple, concurrent sexual partners”.

However, the HSRC report notes that “[i]t has been argued that concurrency [multiple, overlapping sexual partners] does not fully explain the high HIV epidemic in Sub-Saharan Africa”. It states that “it remains crucial to reduce exposure to multiple sexual partnerships irrespective of concurrency”. 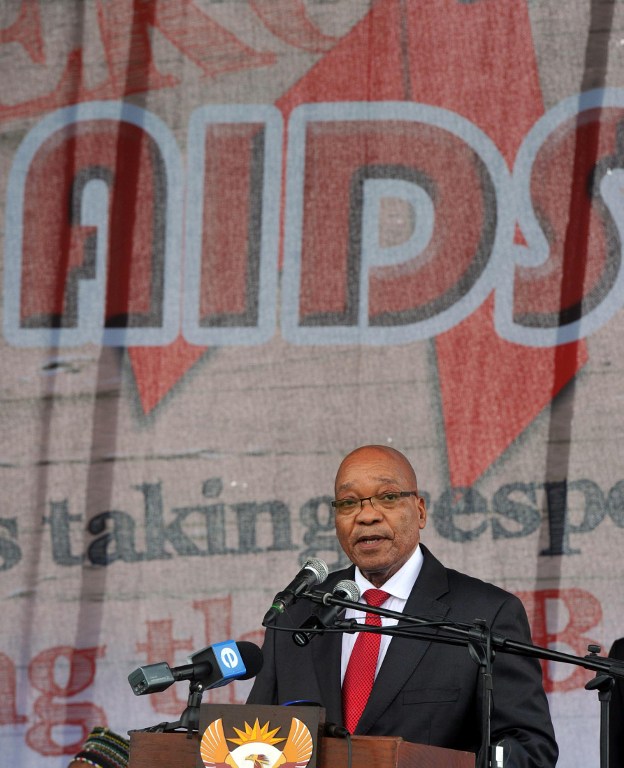 A journal article published in 2012 by Francois Venter, an HIV clinician, scientist and deputy director at the Wits Reproductive Health and HIV Institute, and Lucy Allais,professor of Philosophy and Director of the Wits Centre for Ethics, concluded that “some forms of concurrency and some forms of serial partnering are important drivers of HIV infections”.

A study conducted in South Africa’s KwaZulu-Natal province found “no evidence to suggest that concurrent partnerships are an important driver of HIV incidence in this typical high-prevalence rural African population”. It also advised that HIV education messaging should be aimed at “the reduction of multiple partnerships, irrespective of whether those partnerships overlap in time”.

Zille also ignores the fact that people can engage in concurrent sexual relationships responsibly, says Mary Crewe, director at The Centre for the Study of AIDS. “People may have moral issues about multiple concurrent sexual partners but you can be safe if you are using protection.”

A president in denial 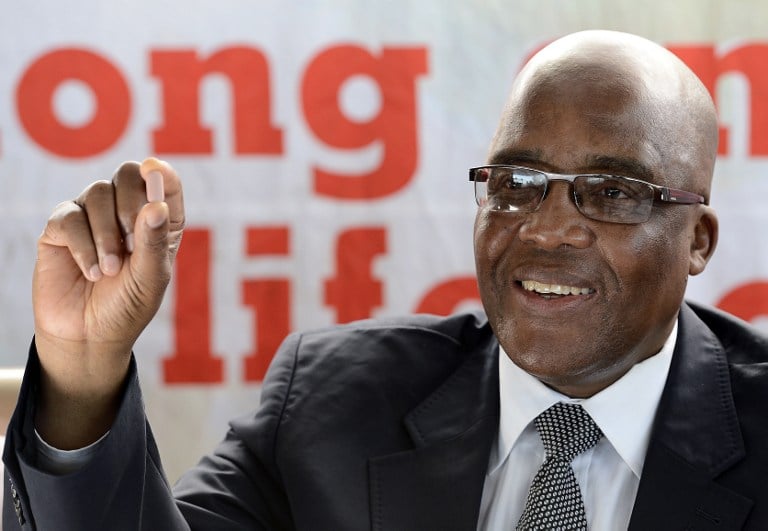 Zille’s comments isolate Zuma and Mbeki’s “role model impact” from the steps that they and their respective governments took to respond to the HIV/AIDS crisis. Their interventions, or lack thereof, cannot be ignored.

Marcus Low, head of policy at the Treatment Action Campaign, a South African HIV/AIDS activist organisation, told Africa Check that “while President Zuma's response to AIDS has not been perfect and he has often failed to set a good example, his shortcomings in the AIDS response pale in comparison to those of former President Mbeki.”

Nicoli Nattrass, director of the AIDS and Society Research Unit and professor in the University of Cape Town’s School of Economics, explained in a 2008 African Affairs journal article that government opposition to the use of antiretroviral therapy hardened when Mbeki became president.

“In the early years of his presidency (June 1999–October 2000), [Mbeki] championed a small group of AIDS denialists who believed that HIV is harmless and that AIDS symptoms are caused by malnutrition, drug abuse and even ARVs themselves,” Nattrass wrote.

Government resisted introducing a national prevention of mother-to-child transmission programme. They only did so after being forced to act by the Constitutional Court in 2002. Under increasing pressure, government announced in 2003 that it would implement a national antiretroviral treatment programme.

“The gains that were made under Mbeki were hard won. It was a completely different environment. Gains were made in spite of Mbeki, not because of him,” Venter told Africa Check.

A study by Harvard University estimated that “more than 330,000 lives or approximately 2.2 million person-years were lost because a feasible ARV treatment programme was not implemented in South Africa”.

Improvements in response to HIV/AIDS 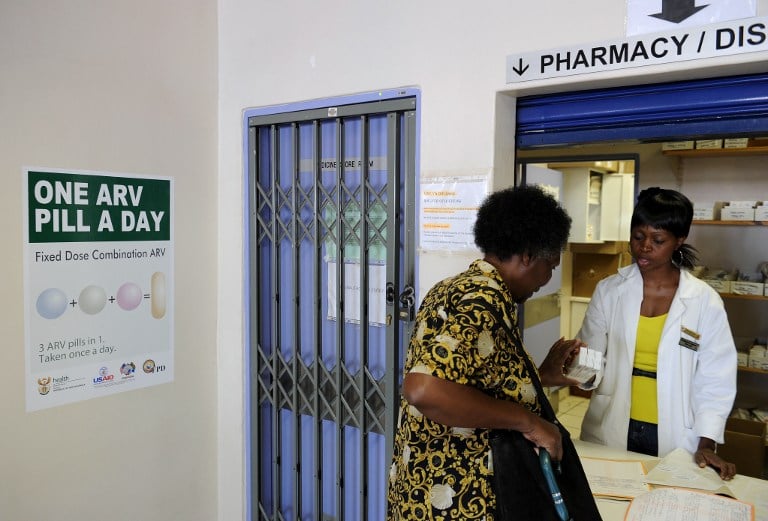 Zuma’s personal actions and comments are certainly open to criticism. However, a number of key HIV/AIDS indicators have improved under his government, despite Mbeki’s poor start.

The report, which Zille cites, estimates that there were 469,000 new HIV infections in 2012. Zille claims that these infections are being driven by sexual behaviour. However, this includes children who acquire HIV from non-sexual interactions, such as mother-to-child transmission or breastfeeding.

The report contains data on the estimated number of people in the 15-49 age group who acquired HIV since 2002. Venter told Africa Check that this age group would almost exclusively acquire HIV through sexual activity. The report shows that the HIV incident rate of this group has decreased since 2002.

In 2014 31.1% of deaths were AIDS related. Statistics South Africa notes that “the decline in the percentage of AIDS related deaths from 2005 can be attributed to the increase in the rollout of [antiretroviral therapy]”. 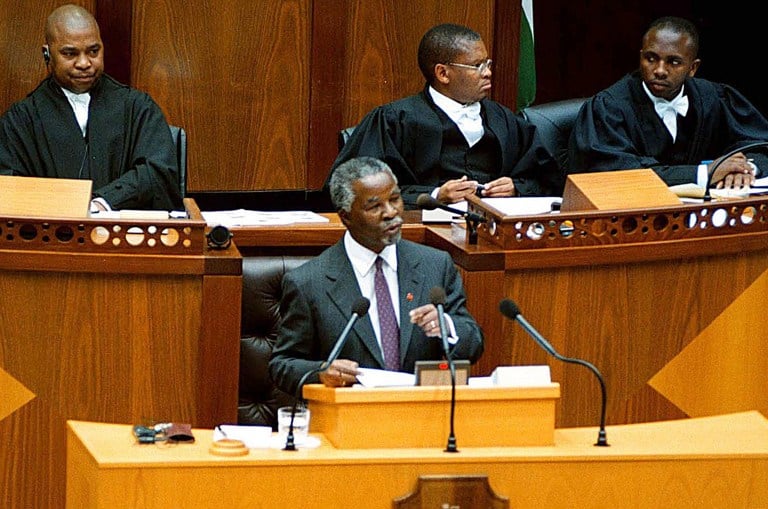 Estimates from the University of Cape show that in 2004 around 47,500 people received antiretroviral therapy in South Africa. Of that number, only 9,600 people (20%) received their treatment from public hospitals and clinics.

The latest figures from the department of health’s annual report show that in 2012/13 1.9-million people were on antiretroviral therapy in the public sector. Health minister Aaron Motsoaledi claimed in his 2014 budget vote speech that this figure has been increased to 2.5-million people.

The national antiretroviral therapy programme has been partly credited for the significant increase in South Africa’s life expectancy. In 2002, male and female life expectancy was 53.4 years and declined to 52.1 years in 2005. It has since increased year on year and in 2014 was estimated at 61.2 years.

South Africa’s HIV counselling and testing campaign was launched by Zuma in 2010. A previous Africa Check report stated that around 27-million people have been tested since the campaign started.

At the time of the launch Zuma publicly announced that he had been taking regular HIV tests and that he was HIV negative. He said that the purpose of revealing his HIV status was to “promote openness and to eradicate the silence and stigma that accompanies the pandemic”.

In 2001, Mbeki was asked if he would take an HIV test. He said that “the matter of whether I take an HIV test is irrelevant. It might be dramatic and make newspaper headlines”. He added that he did not “believe that publicity stunts help in addressing the health needs of our people”.

The number of infants being tested for HIV has increased and the percentage of those infants testing positive for the virus has decreased.

A World Health Organisation study shows that in 2008 an estimated 36.6% of infants exposed to HIV were tested for the virus before reaching the age of two months. Of those that were tested, 9.6% were HIV positive.

By 2011, the percentage of infants exposed to HIV and tested before reaching the age of two months increased to an estimated 70.4%. Only 2.8% of those infants tested HIV positive.

Zuma deserves criticism for having unprotected sex with an HIV positive woman and then taking a shower in an attempt to reduce his chance of contracting the virus. However it is unfair for Zille to compare these actions with “anything obtuse that Mbeki ever said on the subject” while ignoring the impact of Mbeki’s denialism.

Mbeki publicly questioned the link between HIV and AIDS. His government stalled the roll out of a prevention of mother-to-child transmission programme and a national antiretroviral programme. As a result hundreds of thousands of lives were lost and the fight against the virus was delayed.

Zuma’s government has prioritised the treatment of HIV and prevention of new infections. More people are getting tested for HIV, more people are on ARVs, the HIV incident rate has decreased for people aged 15-49, fewer people are dying from HIV, fewer babies are contracting HIV from their mothers and life expectancy has increased significantly.

To judge Zuma wholly on his personal failings is disingenuous and glosses over the devastating effect Mbeki’s denialism had on South Africa and its people.