In a controversial interview published on Sunday by the UK’s Telegraph newspaper Henke Pistorius, father of Oscar Pistorius, accused of the murder of his girlfriend Reeva Steenkamp, suggested that white people in South Africa need handguns for self-protection as the government is not doing what it should do to drive crime down.

Commenting after it was revealed that the athlete’s father, grandfather and uncles own 55 guns between them, Henke Pistorius explained: “Some of the guns are for hunting and some are for protection, the handguns. It speaks to the ANC government, look at white crime levels, why protection is so poor in this country; it’s an aspect of our society.”

His comments were immediately criticised by the ANC as racist, and a spokesman for other members of the Pistorius family distanced themselves from his remarks.

But is there any truth in what he said? Do people, and white people in particular, need handguns for self-protection?

Crime data is, of course, often patchy and, for a variety of reasons, police do not always record the race of the crime victim. But, combining population census data and the mapping of recorded crime, makes clear that white people are not particular targets of crime in South Africa, Lizette Lancaster, who runs the ‘crime hub’ of the Institute of Security Studies (ISS), told Africa Check.

Indeed, a recent study by the Medical Research Council, and based on mortuary statistics, not police records, reports on page 21 that "the highest rate of firearm homicides was amongst blacks, making up 88 percent of all firearm homicides," while black people form less than 80 percent of the population.

Going further back, further evidence comes from this 2005 study of data from 1994 to 2004. It found, as it reports on page 87 of the report, that: “The highest gun-related homicide rate occurs with Africans and Coloureds. So when we speak of homicide victims, we are most commonly referring to young, black men.”

What is higher among the white population, as this study from the statistics agency StatsSA pointed out, and as highlighted by an article in the Mail and Guardian this week, is fear of crime.   But as the other studies suggest, this is not based on a greater risk than that faced by any other group. 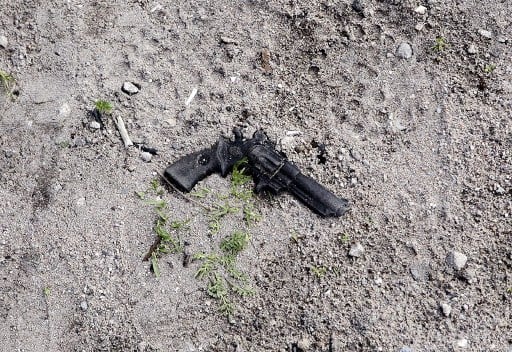 At first glance, this might seem a dumb question. To many it seems self-evident that a weapon in the home, in the hands of the home owner, gives them a better chance of protecting themselves than not.

This “review of evidence” produced for the pro-gun lobby group Gun Owners of South Africa, assesses evidence from South Africa, the United States, and elsewhere, and asserts that it indeed shows that gun ownership deters crime and protects the innocent, through so-called “defensive gun use”.

However, gun control proponents suggest that the presence of guns in the home make gun owners, and their visitors, more likely to be victims of crime, for a number of reasons. These include guns being snatched by intruders and turned on the owner, the use of guns in incidents of domestic violence, and the presence of guns acting as a draw to crime gangs seeing to acquire weapons.

For Africa Check, it appears that evidence on this question in South Africa is insufficiently detailed to be conclusive, but it is noteworthy that, according to the ISS’s Lancaster, work done by her ISS colleague Gareth Newham and the SAPS Crime Intelligence unit between 2006 and 2009 showed that armed gangs often target homes whose owners were believed to have firearms in their possession, in order to get hold of those firearms.

The presence of guns in the home may indeed make the owners, and their visitors, less safe, rather than more.

Is the ANC driving gun crime down?

As the ISS’s Lancaster told Africa Check, based on police figures: “the murder rate has dropped by 54% since 1995 and overall crime by 35.5% in the past 8 years.”

At the end of last year, Africa Check looked at evidence from mortuary statistics and concluded that the drop in recorded gun crime had indeed been caused, in part at least, by a government policy initiative: the 2004 introduction of stricter gun controls.

One of the few things that all sides in the gun debate agree on is that gun crime in South Africa is too high. From the evidence, the white population of South Africa has no greater reason than other racial groups to fear gun crime, but gun crime remains a legitimate fear for all.

It also appears from our earlier researche that recorded gun crime is indeed on a downward trend, and to date we have seen no evidence to change our earlier conclusion that the gun control legislation that came into effect in 2004 has played a part in that.

Evidence on whether gun owners and those who live with or visit them, are safer or more vulnerable to gun crime because of the guns they own is, as yet, unclear.

In this regard, the evidence carried out by the ISS and the SAPS Crime Intelligence unit is particularly interesting as it is not produced by a particular lobby in the debate. Our conclusion is thus that the presence of guns in the home may indeed make the owners, and their visitors, less safe, rather than more. But more research is needed and we would welcome any evidence you could send us – either way.