A BBC News report claimed today that the city of Cape Town has committed “millions of US dollars” to test the “world’s first environmentally friendly barrier shark net”, following five shark attacks in the Western Cape province over the past year.

The report, which was televised and published on the BBC website,  described the net as a “£50,000 compromise”  to keep “the most feared predator of the deep, the Great White Shark” at bay, contradicting website text which referred to millions of dollars. (The website posting was updated later in the day and the number changed to “tens of thousands of US dollars”)

The report also claimed that “nets specially designed to protect swimmers, but not to harm sharks” were  “finally” being deployed after “years of resistance by conservationists”. 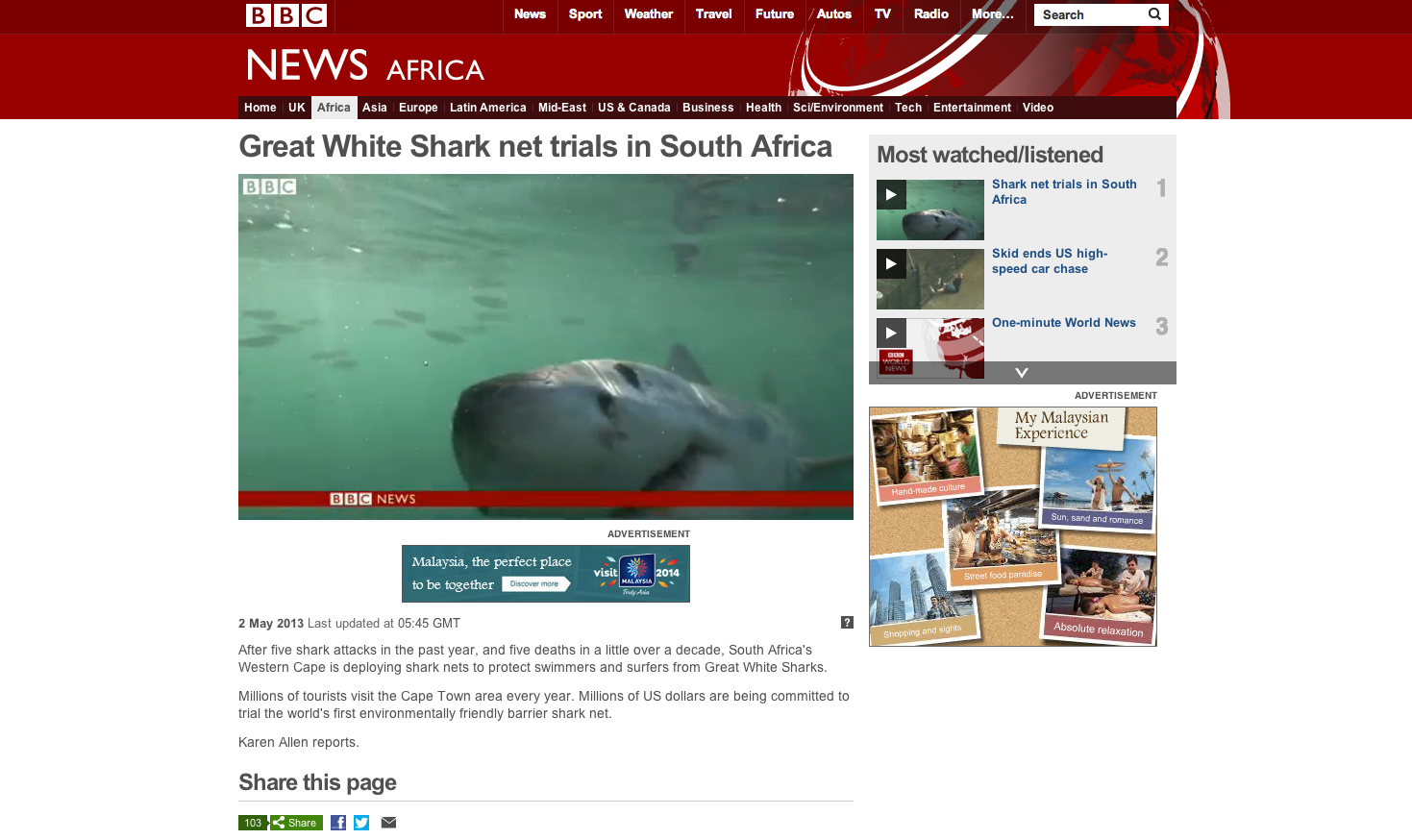 Did the BBC get it wrong?


However the report has been criticised as "inaccurate and misleading".

Alison Kock, research manager at Shark Spotters, the primary shark safety programme in Cape Town, told Africa Check she was “very disappointed” by what she described as a “confusing, misleading and inaccurate” news piece.

Gregg Oelofse, head of environmental policy for the city and one of the people interviewed for the report, said there was a “100% difference” between shark nets and barrier nets.


Barrier nets are not shark nets as we know them


“Shark nets, as we know them in Durban and Australia are fishing devices. Their sole intention is to fish and by fishing, reduce the number of sharks in an area. A barrier net is designed not to catch anything. It is an underwater fence so that nothing can swim into the area.”

Both Kock and Oelofse claimed there had been little resistance from conservationists to the plan and that key environmental organisations and interest groups had been included in early discussions. “The message from some of them was that we will support it, but we will be watching it,” Oelofse explained.

“We also told them that we had no interest in deploying the net if it has a high ecological impact or if it entangles whales or dolphins...The point of the trial is to assess that it doesn’t do anything negative.”

The BBC report offered nothing to substantiate the claim that there had been years of resistance.


While the BBC website referred to “millions of US dollars” that had supposedly been committed to the project, and later “tens of thousands” of dollars, the narration of the televised report called it a “£50,000 compromise”. That is about R700 000.

Oelofse said the reference to millions of dollars was completely inaccurate. He said less than R100 000 (about £7000) had been spent to buy the net, the vehicle trailer to carry it and the buoys to keep it afloat.

He said the budget allocation for the full twelve month trial period was R670 000 (just under £50,000). Operational costs, he added, were estimated “in the region of about R200 000 a year”. Fifteen per cent of the budget was currently allocated to research the ecological impact of the barrier nets. “If we get to a point where those ecological costs are seen to be very little, then the costs won’t continue,” Oelofse said.

“It is also misinformation to say we have spent £50,000. We haven’t come close to that...It is not a very costly exercise at all and as we go forward, the running costs should decrease.”

“So they [the BBC] haven’t told a lie, so to speak, but they haven’t presented the costs correctly. It is how you present the information. You can make it into a big deal or show the reality.” 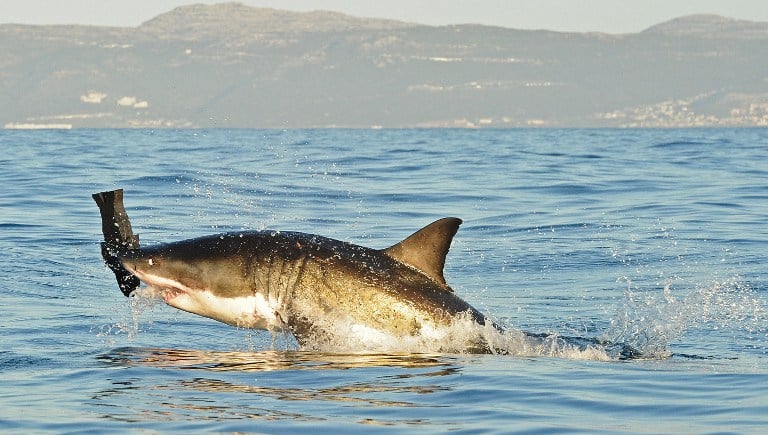 
There were glaring errors too. The BBC website stated that there had been five shark attacks in the Western Cape in the past year.

In fact, according to Jeremy Cliff, head of research at the Kwazulu Natal Sharks Board - which keeps statistics on shark attacks in South Africa -  there have been only two.

One was a fatal attack in Kogel Bay on 19 April 2012 in which a 20-year-old bodyboarder was killed. The other was a serious shark attack in Jongensfontein near Stilbaai on 6 July 2012 in which a surfer was bitten on a leg.

The BBC report also claimed that the net being tested in Fish Hoek outside Cape Town was the “world’s first environmentally friendly barrier shark net”. It isn’t.

Both Oelofse and Cliff said barrier nets had been used since the early 1990s in Hong Kong and in parts of Australia including Sydney Harbour. The only difference is that the net being tested in Fish Hoek is taken up every evening and deployed again the following morning. The nets in Hong Kong and Australia are fixed in position.


Conclusion: The BBC got it wrong


Clearly both the website and televised reports contained a number of serious errors. Only two shark attacks have been recorded in the Western Cape in the past year, not five as reported.

The claim that “millions of US dollars” had been committed to the project was also patently wrong, and the BBC did later correct the figure to “tens of thousands of dollars”. It also referred broadly to the allocated budget of R650 000 without any explanation of the costs.

While the report did say the nets were designed not to harm sharks, it failed to adequately explain the very marked difference between “shark nets” and “barrier nets”. The BBC offered no evidence to back up its claim that the plan had been “fiercely resisted”.

Finally, the claim that barrier net is a “world first” is incorrect. Similar nets have been in use elsewhere in the world for many years.