A recent report published on the website of SW Radio Africa stated that “it is believed” there are “between two and three million Zimbabweans living and working” in South Africa. Citing interviews conducted by the Inter Press Service (IPS) news agency, the report also stated that the numbers of Zimbabwean nationals crossing the border have almost doubled since July this year when the country held elections.

A reader asked us to look into the claims.

The SW Radio Africa report, which has been reproduced on a number of websites including All Africa, Free & Fair Zimbabwe Election and Zimbabwe Situation, does not provide a source for its figures. But similar estimates, ranging from 1.5-million to 1.9-million, 2-million and even 3-million have been widely published in recent years.

Citing an unnamed “South African border official” interviewed by IPS, the SW Radio Africa report states that the numbers of Zimbabwean nationals crossing into South Africa have almost doubled — from 400 to more than 700 daily — since the disputed 2013 presidential and parliamentary elections. 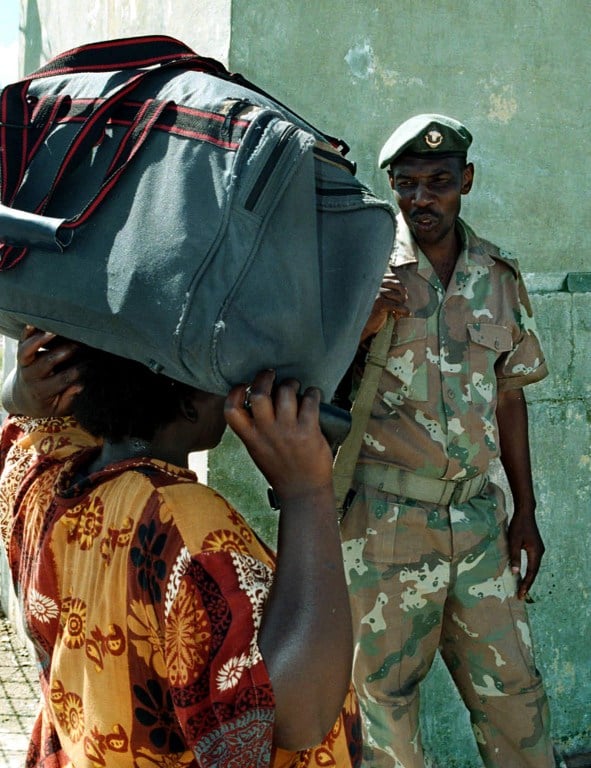 Africa Check asked South Africa’s Department of Home Affairs and the Zimbabwe Consulate in Pretoria for data on the numbers of people crossing the border from Zimbabwe to South Africa before and after the elections; and the number of documented and undocumented Zimbabweans living in South Africa.

The Consulate referred our queries to the Department of Home Affairs. The department’s spokesman, Ronnie Mamoepa, declined to comment on the numbers referred to in the SW Radio Africa article, stating that they were not based on Home Affairs reports. Additional questions about the available data which were emailed to Mamoepa went unanswered.

We then approached Lunga Ngqengelele, the official spokesman for Home Affairs minister Naledi Pandor. He referred us to Jack Monedi, the department’s chief director for permitting. Monedi responded to emailed questions eight days later by forwarding them to another official, Phindiwe Mbhele.

In an email sent on 1 November to Monedi, Mbhele, Mamoepa, Immigration Service deputy director-general Jackie McKay and Home Affairs deputy director Ben Makhalemele, Ngqengelele expressed frustration at the lack of progress: “It has been over two weeks, and I am as yet to get a response to this simple query. Let alone confirmation that someone is working on it.”

To date, Africa Check has not received a response to our questions. We will update this report if the department provides us with the information we have requested.

How reliable is the available data? 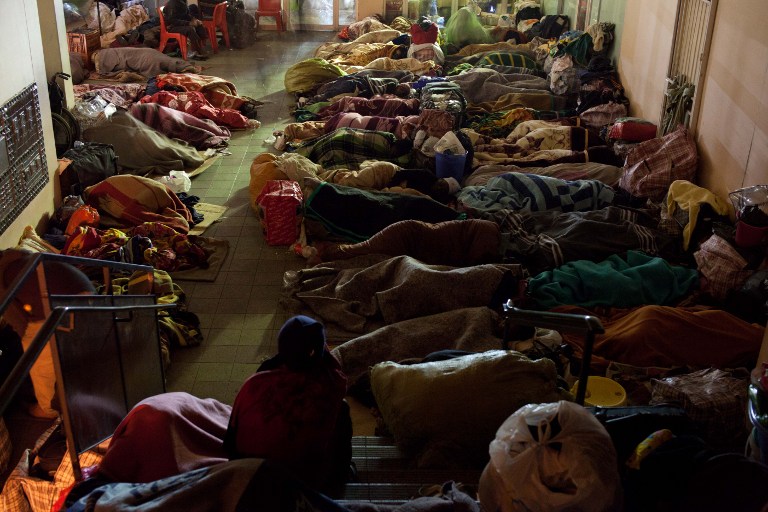 Other organisations and individuals interviewed for this report said the most detailed figures on border crossings and immigration were kept by the department. But, as we have reported before, there are questions about the accuracy of the department’s data.

Professor Loren Landau, the director of the African Centre for Migration and Society at Wits University, said the department’s data is “often poorly disaggregated with little discussion of how the information was collected or its potential shortcomings, to say nothing of their delays in issuing reports or their unwillingness to share information”.

“What is perhaps most concerning is that they often seem to base policy decisions on impressionistic or poorly analysed information,” Landau said.

Landau said there were a number of possible explanations for the reported increase in people crossing the border.

“First, people may have gone home to vote and then returned to South Africa soon thereafter. This would have accounted for an uptick. Second, some people may have been waiting to see [election] results [in Zimbabwe] and then left. Third, we may just be seeing the resumption of normal trade that was informally suspended for the election.”

The NGO Médecins Sans Frontières, which provides extensive medical and humanitarian aid in the South African town of Musina near the Zimbabwean border, told Africa Check that “the number of arrivals in refugee centres in Musina has been steady” since the July elections.

The organisation’s media liaison officer, Kate Ribet, said she was unable to confirm a doubling of numbers, adding that there could be “seasonal factors” leading to an increase in border crossings, such as farms hiring staff for the harvest. 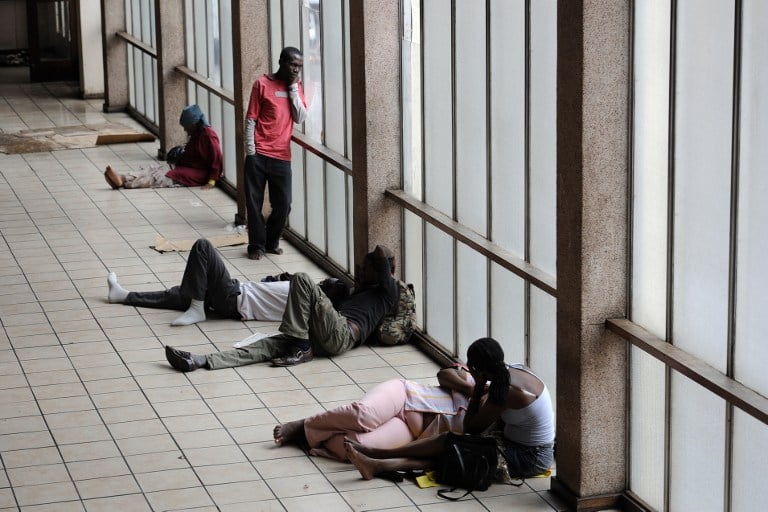 Figures from South Africa’s 2011 Census suggest that 3.3% — or about 1.7-million — of the country’s 51.7-million population are “non-South African” citizens. Data collated by the World Bank and the United Nations also suggests a migrant population of about 1.86-million people.

“While Zimbabweans are the largest single group of foreigners in South Africa, they are by no means the only one. Indeed, there are significant numbers of Mozambicans and Basotho, to say nothing of other groups,” said Landau.

Landau agrees that the data is unreliable and that there are no precise figures. He argues that both governments and non-governmental organisations have a vested interest in exaggerating immigrant numbers. By doing so, governments can “justify more restriction” and NGO’s can secure donor funding. 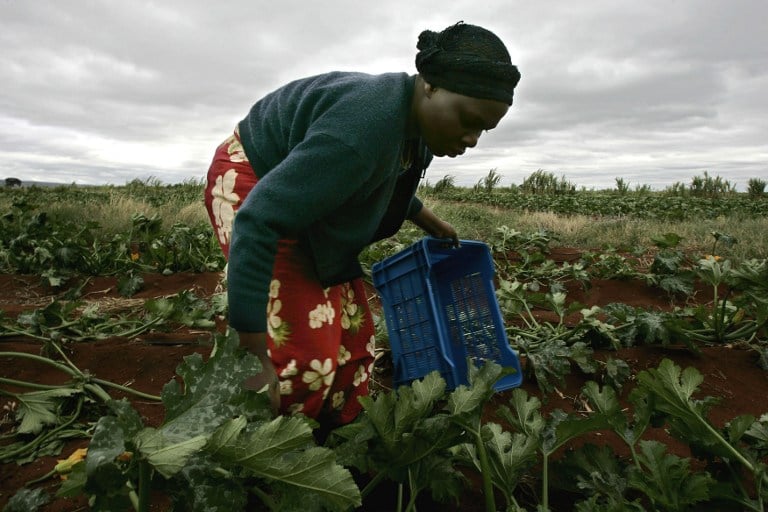 For the past two years, Statistics South Africa (StatsSA), has published an annual report on immigration statistics drawn from Home Affairs data on permanent and temporary residence permits issued in the preceding year. StatsSA says that the department’s “administrative procedures have generated valuable databases of administrative records on issuance of temporary and permanent residence permits”.

But StatsSA’s 2011 report cautioned that national and international data on migration tends "to be generally scanty, patchy and skewed" and stated that there was an “urgent need to identify a national data source that can be relied upon for objective and sustainable data”.

“Such shortcomings tend to negatively influence policies, debates, dialogues, etc as well as distort communication about migration. This contributes to anti-migrant sentiments that could lead to harmful stereotyping, discrimination and even xenophobia, particularly regarding the volume and labour force characteristics of immigrants. Therefore, the availability of reliable data will contribute greatly to maximise the benefits and minimise the costs of international migration and promote ‘a wider and effective understanding that migration is both a reality and a necessity.’”

While StatsSA’s reports on immigration figures since 2012 are useful snapshots of specific years, they do not provide data on the overall numbers of people of specific nationalities who “live and work” in South Africa. Nor do they include accurate estimates of the numbers of undocumented or illegal migrants to South Africa.

Conclusion: The numbers cannot be substantiated

The StatsSA reports on immigration numbers are limited to specific years and do not include data on the overall numbers of foreign residents in South Africa.

There are also no accurate estimates on the numbers of undocumented or illegal migrants living in South Africa.

Claims that Zimbabwean nationals crossing borders into South Africa have doubled since the elections in July can also not be verified and there may be a range of reasons for increases.

Worryingly, South Africa’s Department of Home Affairs seems unwilling or unable to provide access to its data. This is the second report that Africa Check has published where the department has failed to provide us with basic data despite numerous emails and calls.

Clearly, as StatsSA have noted, there is an “urgent need to identify a national data source that can be relied upon for objective and sustainable data”. Accurate data is vital to key policy decisions and debates. The lack of data also contributes to anti-migrant sentiments and xenophobia.