Skip to main content
Back to Africa Check
ISSOUF SANOGO

Four years after exiting the west African country, the legacy of the United Nations Liberia mission – including its size – continues to loom large in public debate.

A number of other UN peacekeeping missions in Africa have had more feet on the ground than in Liberia, where 15,000 peacekeepers were deployed.

Four years after United Nations (UN) peacekeepers officially left Liberia in 2018, debate still continues in the country over the legacy of the mission.

The UN Mission in Liberia (Unmil) was deployed in 2003  and tasked with helping restore peace and security in Africa’s oldest modern republic following 14 years of civil war that claimed the lives of at least 200,000 people.

After its creation peacekeeping authority passed from West African-led efforts.

In a September 2022 interview on private Liberian radio station OK FM, prominent economist Samuel Jackson made two claims about peacekeeping in the country.

“In 2018 Liberia was not a utopia. Liberia was coming out of the largest peacekeeping operation in Africa in the history of the UN – 17,000 peacekeepers,” he said. (Note: The claim can be heard 1:43 minutes in, in the video.)

Jackson, who was debating Amos Tweh, the secretary general of the Unity Party, was tracing some of Liberia’s modern-day struggles to the departure of the mission, and the financial hit the economy took.

Jackson is backing president George Weah's 2023 re-election bid, despite having been one of his fiercest critics. Weah leads the Congress for Democratic Change.

But does his claim about peacekeeping add up? We checked.

Contacted for the source of the claim, Jackson declined to comment on what he called “an easily proven fact”.

The UN defines peacekeepers as those who “provide security and the political and peacebuilding support to help countries make the difficult, early transition from conflict to peace”.

Any person working in a UN mission is a peacekeeper, Alexandra Novosseloff, a senior visiting fellow at the International Peace Institute in New York City, US, told us.

“But formally, most of the time, the UN security council looks only at uniformed personnel, even if the general assembly adopts the budget that also includes civilians,” she said.

The powerful 15-member security council is tasked with ensuring global peace and security while the general assembly is the UN’s main policy making organ.

The UN keeps publicly available data on its peacekeeping missions around the world.

The data shows that the largest UN peacekeeping operations in Africa have been in Somalia, the Democratic Republic of the Congo (DRC) and Sudan – not Liberia.

In 2021 the United Nations Organization Stabilization Mission in the DRC (Monusco) had 16,316 uniformed personnel. This figure includes military personnel, police and personnel of formed police units.

In 2020 the number was 20,586. Prior to July 2010, the mission was known as the United Nations Organization Mission in the Democratic Republic of the Congo, or Monuc.

The peacekeeping operation in Darfur in western Sudan had 19,248 uniformed personnel. Unamid, as the operation was known, ended its activities in December 2020. (Note: You can read about that conflict here.)

“Unmil was never the largest UN mission,” Novosseloff confirmed to us. She said the ones in the DRC and Darfur were larger.

Dr Lise Morjé Howard, a senior scholar-in-residence at the US Congress-backed Institute of Peace, said: “No, Unmil was not the largest mission. Generally only ‘blue helmets’ count as peacekeepers.”

Was Liberia’s mission a success?

The legacy of the peacekeeping mission in Liberia continues to be debated. Some have highlighted the economic shock to the country following the mission’s exit.

Dr Lise Morjé Howard of the Institute of Peace told The Stage Media that the Liberia peacekeeping mission was considered successful because the UN implemented most parts of its mandate before departing.

Numbers aside, the mission was not very different from other peacekeeping operations once Liberia decided it was in its best interest to cooperate with the UN mission, Alexandra Novosseloff of the International Peace Institute said.

“What worked in that process [was] that there was a high-level committee where the UN, the European Commission and major embassies were meeting to coordinate their policies, views and actions.”

In a September 2021 webinar for the Institut Barcelona D'Estudis Internacionals, a Spanish inter-university institute, Robert Blair said the Liberia mission had increased citizens’ reliance on state authorities and also exacerbated  the perception of state corruption in the country.

He wrote the book Peacekeeping and the Rule of Law after the Civil War.

“The UN has positive and potentially lasting effects on the rule of law in war-torn countries like Liberia and the goal of a UN mission should not be transforming a country to look like Sweden but to improve the quality of lives and governance.” We have contacted Blair for more comment.

In a debate on radio, Liberian economist Samuel Jackson claimed the UN’s Liberia mission had been the largest in Africa, with 17,000 troops.

But publicly available data shows there have been other UN missions on the continent with considerably more military personnel, including in Sudan and the DRC. At its height the Liberia mission had 15,000 uniformed personnel.

Both parts of the claim are therefore inaccurate. The legacy of the mission however continues to be avidly debated.

This report by The Stage Media Liberia was written as part of the 2022 Africa Check fellowship programme. The programme is one of many ways in which Africa Check fosters the practice of fact-checking across the continent. 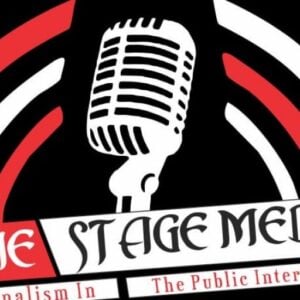 A number of other UN peacekeeping missions in Africa have had more feet on the ground than in Liberia, where 15,000 peacekeepers were deployed.