“SA women top boozers” splashed the headline in The Times on Tuesday. “South African women top the list of heavy drinking females in Africa” said the report, attributing the claim to a “World Health Organisation report”.

The report “analysed drinking patterns worldwide and revealed that 41.2% of South African women were binge drinkers,” the Times declared, adding lower down that “when it came to heavy drinking by women, South Africa was tied at the top with Zambia”.

Could those numbers be accurate? Do more than four in 10 South African and Zambian women drink to excess at least once per week - which is what binge drinking means?

Variations on the alarming claim made headlines in other countries in the region.

Zimbabwe’s Newsday , which published its report on April 30, ran with “Zimbabwean women among heaviest drinkers”, claiming data “indicates that 20.3% of local women love their tipple,” again attributing the claim to a WHO report.

And two days before that, Zambia’s Daily Nation told its readers “Zambian women hardest beer drinkers: WHO” while other papers such as the Lusaka Times and Times of Zambia followed suit.

With all such claims, it is important to check first the source of the report. According to The Times, this was “a World Health Organisation report”.

In fact, it was – as the Daily Nation in Zambia acknowledged – a report put out last month by the American newspaper The Washington Post.

An editor’s note attached to the Post’s report on May 1 apologised for “incorrect numbers” and said: “The original chart had the relative rankings for female drinkers wrong.”

Based on incorrect figures

The story in the Washington Post was, in fact, a portrait of trends in drinking in countries around the world that mixed recent reports and old news.

The old news was the World Health Organisation, or WHO, 2011 Global Status Report on Alcohol and Health, and it was from this that the numbers on the number of women who binge drink were misquoted.

As the Washington Post admitted in its correction notice: “By way of context, note that the numbers are ‘per drinker’ figures, reflecting only of people who drink in the particular countries.”

This is crucial distinction, as what the data shows is that in both South Africa and Zambia the great majority of women simply do not drink alcohol at all.

What the data shows about drinking by women in SA & Zambia 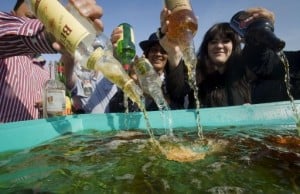 According to the 2011 WHO study, about 79% of women in South Africa and over 85% of women in Zambia are “lifetime abstainers”. And over the 12 months preceding the survey, about 85% of South African women and 93% of Zambian women did not drink, and are thus classified as “abstainers”.

In the US, only  23% are lifetime abstainers and 41% are abstainers. The global average for women life time abstainers is 55%, and women in both South Africa and Zambia are way above that.

What it means is that “a bigger proportion of drinkers drink heavily on single occasions, suggesting an ‘all-or-nothing’ behaviour,” reads the WHO report while categorising Zambia, and by extension South Africa, as a low consuming country.

In its report on Tuesday, The Times added a further claim about the drinking habits of South African women.

“A WHO report last year said pregnant women in poor communities, particularly in the Eastern Cape, abused alcohol with the intention of harming the foetus so that they could claim higher social welfare payments,” the newspaper reported.

This claim was, in fact, originally made in an article in late 2012 by The Herald, a newspaper based in Port Elizabeth, and picked up by the British TV channel Sky News in January 2013.

Africa Check investigated the claim after the Sky News report emerged last year and found that, while there is clear evidence that many South African women do drink heavily during pregnancy, leading to a high incidence of Foetal Alcohol Syndrome, there is no evidence they do so deliberately in order to claim higher welfare benefits.

Speaking to Africa Check, Leana Olivierm head of the Foundation for Alcohol Related Research (FARR) last year said: “FARR colleagues have interviewed thousands of pregnant women and mothers of children with FASD to date and have not come across one single mother who reported that she ‘drank on purpose to cause disability in her child so as to qualify for a disability grant’...

“In our experience every single woman, irrespective of her educational or socio-economic status always responds with ‘if I had only known’ when she is told that her child has FASD due to her alcohol use during pregnancy,” she added. 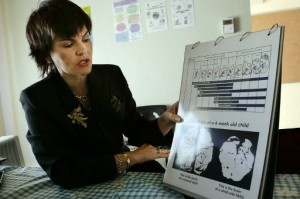 Binge drinking is a serious problem among a minority of men and women in South Africa, Zambia and other countries of the region. This contributes to many problems from crime and violence to health problems and family breakdown.

Nevertheless, the reports that emerged in recent days in the media grossly exaggerate the extent to which it occurs.

The first error, let it be said, lay with the venerable Washington Post. It is commendable nevertheless that when a reader pointed out its mistakes, these were clearly and transparently corrected by the American newspaper.

The Zambian media who picked up the erroneous report should of course have sought to verify the startling claims that more than four in 10 women in the country binge drink before publication. Given that 93% of Zambian women are in fact abstainers, most Zambians must know that four in ten could not be binge drinkers.

Even worse, the Times reported the uncorrected Washington Post story six days after the American paper had corrected it online, and made things worse, by misattributing the claim to the WHO and compounded the error by repeating an old and baseless claim about drinking by pregnant women in South Africa.

Africa Check hopes all involved will now follow the lead of the Washington Post and correct their stories online.