Medical claims for rhino horn: you're better on an aspirin or biting your nails

According to the people who sell it in the markets of East Asia, powdered rhino horn can serve as everything from a cure for cancer to an all-purpose health tonic, a sexual stimulant, a hangover cure and a treatment for high fever.

Though scoffed at by many in the West, the claims of ‘medicinal powers’ that are made by the sellers of rhino horn matter because, widely believed in the region, they explain the continuing demand for rhino horn products that is decimating the world’s dwindling rhino population.

As of today – World Rhino Day – more than 400 rhino have been killed for their horn in South Africa alone since January. While ten years ago, a mere 25 rhinos were poached a year, the number taken in 2011 reached 448, and this year the number poached as at 21 September stood at 430, according to the Department of Environmental Affairs.

A long-standing belief in medicinal powers 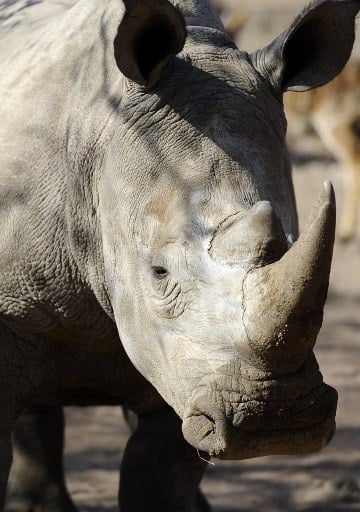 For years, the idea that rhino horn was an aphrodisiac and sexual stimulant was rarely heard in Asia, but spread instead by Western media. According to researchers however, the baseless claim is now gaining ground in Vietnamese society.

Wider medicinal claims for rhino horn are not new, however. According to traditional Chinese texts, such as Li Shih-chen’s 1597 medical text “Pen Ts’ ao Kang Mu”, rhino horn has been used in Chinese medicine for more than 2000 years for a variety of ailments ranging from poisoning to hallucinations, typhoid to carbuncles and boils.

And since we know that traditional medicines often do have some basis in science, could that be the case here?

No effect known on cancer or other ailments


Speaking at a meeting of the Coalition Against Wildlife Trafficking in Johannesburg last year, Vietnamese officials confirmed that rhino horn was often sold – and bought – in Vietnam as a treatment for cancer and other serious ailments.

Lixin Huang, president of the American College of Traditional Chinese Medicine, said the overwhelming demand derived from claims it could act as a cure for cancer.

This was despite the studies that showed no link between taking rhino horn and curing cancer. “Rhino horn is no longer approved for use by the Traditional Chinese Medicine profession and there is no traditional use, nor any evidence for the effectiveness of, rhino horn as a cure for cancer," she said.

There is no evidence that rhino horn is an effective cure for cancer and this is not documented in TCM nor is it approved by the clinical research in traditional Chinese medicine.”

According to Tom Milliken of wildlife monitoring group TRAFFIC, this makes the claims made by the sellers simply a “cynical marketing ploy to increase the profitability of the illicit trade by targeting desperate, and often dying, people”.

So if repeated studies disprove the claims about effects against cancer, what are the rhino horn dealers left with?

Research into the claims that rhino and other horn were effective in reducing fever was carried out by Swiss pharmaceutical company Hoffmann-LaRoche in the 1980s and published in The Environmentalist in 1983. It was followed up by researchers at the Chinese University in Hong Kong, published in  the Journal of Ethnopharmacaology, 30 (1990) 157 – 168,  and all reported  negative  results.

After administering over  100-fold the  normal  human  oral  dose to fever-induced rats, the Hong Kong university studies found that “rhinoceros  horn  can  reduce fever,  but  only  at  rather  high  dosage  levels  when  prescribed  as  a  single drug”.

Since then, Rhishja Larson, programme director of Saving Rhinos LLC, a campaigning group, claimed that “rhino horn, like fingernails, is made of agglutinated hair” and “has no analgesic, anti-inflammatory, anti-spasmolytic nor diuretic properties” and “no bactericidal effect could be found against suppuration and intestinal bacteria”.

In other words, it doesn’t work against pain, inflammation, muscle spasm, stomach ailments or cleaning up wounds.

Since those studies were conducted, more recent research in China had found, according to Dr Mike Knight of the International Conservation Union’s Species Survival Commission,  that, mixed in with herbs in some traditional Chinese medicines, rhino horn held fever reducing responses primarily in children “much like weak acting Disprins”.

“There are three research findings that show fever reducing responses in children, so there is something there – some minor effect,” he said.

Or to put it another way, Dr Raj Amin at the Zoological Society of London, said: “Medically, it’s the same as if you were chewing your own nails.”

No stimulant to sales


Since the claims that it is a sexual stimulant are only generally believed in the West, and biting your nails is not going to generate much revenue, if the public in East Asia were to accept the scientific studies, rhino horn sales might finally start to fall.