Is mole soup a credible cough remedy? How Kenya’s Standard got it wrong

According to an article in Kenya's The Standard last week, an elderly man living 20 kilometres outside Kericho Town in the east of the country has discovered a new way to treat "the cough" - a catch all term for various different types of cough - using a mixture of soup and compounds made from dead moles.

The ‘treatment’ devised by the man - nicknamed by his clients ‘Daktari’, which means doctor in Swahili - consists of killing and skinning a mole, drying the furry flesh on some hot metal to extract “a black powder” which the client or 'patient' is meant to lick daily for a week while, at the same time, what remains of the mole is turned into a soup and taken with the powder, the newspaper reported.

Those who have passed through the 'Daktari's' supposedly able hands declare “this magic works!” the paper added.

Really? Is the so-called "cure" credible? Has it been tested? If some clients do get better, is this because they took the 'cure' or would they have got better regardless? Would this 'cure' work for all those who suffer a cough? We were asked to investigate.

Coughs are symptoms of many diseases

As The Standard writes, a cough is often a common occurrence among people living in the sort of cold areas where 'Daktari' lives and works and when children cough and throw up their food at the dinner table it can, indeed, “spoil the meal” for others.

But as medics the world over know, coughing can be symptom of a condition that is much more serious than an inconvenience at the dinner table, however troubling that might be.

At one end of the scale, coughs can be a symptom of a common cold or sore throat; a problem that will normally go away in a week or two by itself, which may in fact be the explanation for the effect of the 'Daktari's' so-called cure.

At the other end, a cough can be a symptom of a whole range of diseases, some of them fatal if not properly treated.

As Kenyan official guidelines point out, coughing among adults could be an indication of pneumonia, chronic obstructive lung disease, lung cancer or hypertension. The list is by no means exhaustive and common causes for a cough might differ from one region to the next. More causes of a cough can be found here.

Famously, a cough can also be an indicator of tuberculosis, or TB, a potentially fatal condition. Kenya is among the 22 countries identified as ‘high burden’ by the World Health Organisation’s 2012 Global Tuberculosis Report.

In its guidelines on the management of leprosy and tuberculosis (2009) Kenya’s Ministry of Public Health and Sanitation recommend that “anyone presenting with a cough for longer than two weeks should be evaluated for TB”.

Other causes of coughing common in Kenya, as set out in these national guidelines, include heart disease among newborns and whooping cough or measles among young children. These are self-evidently serious complaints.

Treating a cough depends on knowing its cause 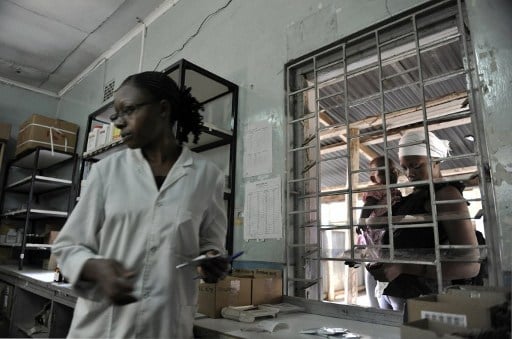 To properly treat any symptom, such as coughing, you need to know the cause.

Evidence is mixed on whether reaching for an over the counter cough medicine is likely to cure even a simple cough. There is some evidence that honey might offer some relief to mild coughs and where other drugs have been added to syrups, those can help relieve symptoms. However, a number of studies have found that non-prescription treatments fare no better than placebos.

Whether ‘Daktari’s’ mole soup works like a cough syrup, or via the placebo effect, is impossible to tell as his 'cure' appears not to have been independently and properly tested. But that cough medicine is unlikely to offer any real relief raises obvious doubts.

More seriously, if patients with more serious conditions such as TB or lung cancer take such a ‘treatment’ in the hope that it will cure them of the underlying disease, they will be putting themselves at grave risk.

As medical advice makes clear, if a cough persists for more than two weeks or is accompanied by shortness of breath or wheezing, fever, or coughing up thick, coloured phlegm, it is time to visit a qualified medical practitioner, who after assessing the symptoms will provide appropriate treatment.

Kenya’s own health guidelines recommend that if a child has been coughing for more than two weeks, has difficulty breathing or vomits frequently it should be “taken immediately” to a health facility. A 2003 study linked Kenyan mothers’ hesitance to seek medical attention to high mortality among children with acute respiratory infections.

Eating moles may in fact be dangerous 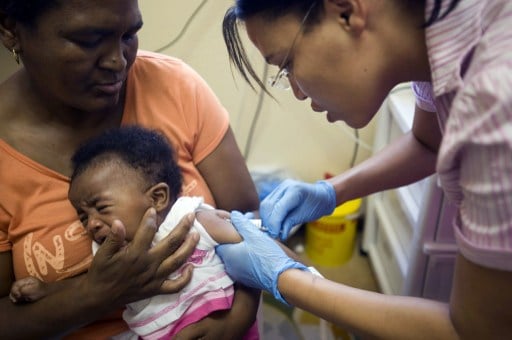 Most drugs are known to have some side-effects. What about this so-called 'treatment'?

A thorough search by Africa Check revealed no studies or other evidence to suggest ‘Daktari’s’ treatment does in fact work. It may do so, to some limited degree for some types of cough, working as a type of cough syrup or through the placebo effect. But there is no evidence. More alarmingly, however, there is little to no available information that suggests mole meat is even safe for human consumption.

According to the 19th century geologist and palaeontologist William Buckland, who famously ate his way through the animal kingdom, bluebottles and the common mole were the least palatable items on his unusual menu.

But more worryingly, because the meat harvested from wildlife is not reared in monitored environments or regulated by health authorities, considerable care must be taken to ensure it is safe for human consumption if it is to be eaten.

A host of human diseases known as zoonotic pathogens are thought to have resulted from improper handling of meat harvested from the wild, most notoriously HIV and more recently SARS. In West Africa rodents are carriers of Lassa fever, an acute viral haemorrhagic illness. New outbreaks of Ebola in Uganda and the Democratic Republic of the Congo have also been linked to bushmeat.

The National Wildlife Health Center at the United States Geological Survey suggests a thorough examination of the bounty before eating it. This includes checking that the animal is healthy, free from parasites, tumours and abnormal growths. The internal organs and intestines should be removed as quickly as possible in a sanitary way and the meat kept cool to prevent decomposition. Executing this properly requires experience and a familiarity with disease.

Conclusion: promoting untested ‘cures’ such as this endangers public health

Our investigation yielded no evidence to suggest that drinking mole soup and licking dried mole meat can be an effective remedy for coughs of any sort.

As we have said, the combination may provide some sort of cough syrup or placebo effect, but little more. And the absence of proper, rigorous evidence to support the claims the 'Daktari' makes is clearly something The Standard should have mentioned prominently in any report on the so-called cure he is peddling.

Moreover, by promoting such a 'cure' when there is no evidence whatsoever that such a 'treatment' will have any effect on any of the serious underlying conditions that a persistent cough may be a symptom of, the 'Daktari' and the newspaper that touts his work are endangering the lives of those who turn to his 'cure' rather than seek proper medical attention.

Given this fact, and the strong evidence that consuming bushmeat that has not been handled properly could actually be harmful to the health of the person who eats it, newspapers such as The Standard need to revise how they report on the untested claims of 'doctors' such as this.