Skip to main content
Back to Africa Check
Shutterstock

A number of South Africans have claimed on social media that monkeypox – first detected in the country on 23 June 2022 – disproportionally affects men who have sex with men. But that’s not true.

Monkeypox spreads faster in men who have sex with men.

Whereas the first cases of monkeypox in Europe in 2022 may have been among men who have sex with men, the virus is not limited to people of any particular sexual orientation.

In May 2022, an outbreak of the disease monkeypox was detected in several European countries where it was not endemic, or frequently detected. South Africa announced its first confirmed case on 23 June.

Discussions of the disease have often mentioned men who have sex with men, a group which includes gay and bisexual men, and is shortened to MSM.

But is any of this true, and how relevant are MSM in the context of this monkeypox outbreak?

European monkeypox outbreak has affected many MSM, but everyone can catch the disease

Monkeypox spreads through close contact with an infected person. Among its symptoms are painful rash, fever, muscle aches, chills and exhaustion, according to the World Health Organization (WHO).

Links between monkeypox and men who have sex with men have been made because a relatively large proportion of the cases detected in Europe were in MSM. But this group is not especially likely to catch the disease. 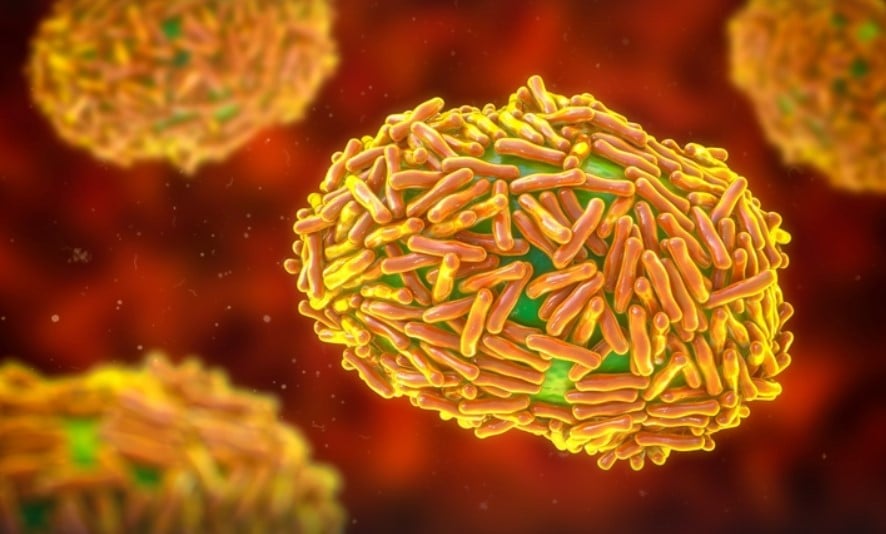 On 23 June South Africa’s National Institute For Communicable Diseases (NICD) issued a statement which said: “Anyone – regardless of gender identity or sexual orientation – can catch monkeypox if they have close contact with someone infected with the virus.”

The virus is not sexually transmitted, but spreads through skin-to-skin contact.

Experts from the Meedan Health Desk, a US-headquartered research organisation which works to combat health misinformation, told Africa Check that “sexual encounters are a potentially major factor in the spread of monkeypox, especially among men who have sex with men”.

But it isn’t clear why this might be. Some researchers believe cases of monkeypox may be more likely to go undetected in heterosexual men.

Lilith Whittles, an infectious disease modeler at Imperial College London in the UK, and Boghuma Titanji, a virologist at Emory University in the US, told the journal Science that MSM may be more likely to report symptoms of monkeypox to a healthcare provider, and that cases in “heterosexual social networks” could be underreported.

The WHO has noted that many of the cases identified in MSM were caught because the men sought care at sexual health clinics.

There are other theories for why MSM may have been disproportionately affected by this outbreak. Experts also told Science that the pattern could be a result of monkeypox spreading via sexual contact.

But monkeypox is not a disease that is particular to MSM, and experts warn this association could be dangerous.

Claims that MSM are at special risk may spread dangerous stigma

UNAids, the United Nations public health and advocacy organisation aimed at eradicating acquired immunodeficiency syndrome (Aids), has cautioned that media outlets should avoid giving the impression that monkeypox is a disease which particularly affects MSM.

In a public statement, UNAids expressed concern that “some public reporting and commentary on monkeypox has used language and imagery, particularly portrayals of LGBTI and African people, that reinforce homophobic and racist stereotypes and exacerbate stigma”.

(Note: Monkeypox is endemic in some Central and West African countries. This means that it is commonly found in those countries. Typically, an endemic disease is somewhat predictable and controlled.)

Aids is a disease of the immune system caused by the human immunodeficiency virus (HIV). When HIV and Aids were first detected in the United States, both were associated with MSM, particularly because the virus could be sexually transmitted.

This stigma – as well as homophobic beliefs associated with it – resulted in the false belief that only men who had sex with men could contract HIV and develop Aids.

As a result of this, the public health response to the disease was severely negatively impacted across the world, including in South Africa and the US. Stigma about HIV and Aids may still result in people avoiding or being refused treatment.

UNAids wrote in its statement on monkeypox: “Lessons from the Aids response show that stigma and blame directed at certain groups of people can rapidly undermine outbreak response.”

SA officials and media have mostly been careful with their words

While South African media and health officials have mentioned that the recent outbreak has mostly affected MSM, they have generally made it clear that the disease is not limited to this group.

After announcing South Africa’s first confirmed case, health minister Phaahla said: “Thus far it [monkeypox] has been dominant in men who have sex with men.”

But Phaahla did not say that the disease spread more easily or rapidly in MSM.

Prof Koleka Mlisana from the National Health Laboratory Service did say that “we have seen this trend within men who have sex with men [because] that's probably how it was originally, you know, introduced in these countries that are outside of Africa”.

Phaahla had suggested earlier that the high number of cases affecting MSM “could relate to how the early spread happened”.

A clip of Mlisana’s comments shared by news channel Newzroom Afrika drew controversy on Twitter for being an example of the sort of language that could stigmatise MSM.

As it is not clear why the recent outbreak of monkeypox has particularly affected MSM, it could be misleading to state that this was “probably” how the disease had spread to Europe. Although the WHO noted that several early cases in the European outbreak were identified in MSM, it made no mention of sexual history in the first case identified in Europe.

Similarly, while the NICD has called sexual contact among MSM “a notable mode of transmission” in the recent outbreak, its contact tracing guidelines for health experts do not mention MSM specifically.

Instead, the guidelines classify a potential case as anyone, regardless of gender or sexual orientation, who has had “multiple or anonymous sexual partners” before displaying symptoms of monkeypox (or meets a number of other conditions).

Men who have sex with men are not more likely to contract monkeypox than women and heterosexual men. And the claim that the disease spreads more rapidly among MSM is false.

Monkeypox spreads faster in men who have sex with men.

Whereas the first cases of monkeypox in Europe in 2022 may have been among men who have sex with men, the virus is not limited to people of any particular sexual orientation.

Health misinformation: How we can push back on conspiracies and unverified advice during a crisis

How can fact-checkers and the public stand up to health crises, conspiracies, and inaccurate everyday health advice while nurturing trust?

Cowpox not deadly – and you can’t get it from cows, or from eating beef

Each rainy season Nigerians face a higher risk of cholera. Our factsheet looks at what causes these yearly outbreaks, what makes them worse,...