Is the Niger Delta region the ‘epicentre of electoral fraud’ in Nigeria?

The chairman of Nigeria’s National Human Rights Commission (NHRC) has reportedly claimed that the country’s Niger Delta - also referred to as the “South South” region - has been  the “epicentre of electoral fraud … since 1999”.

Dr Chidi Odinkalu was speaking at a public hearing on electoral accountability which was held in Port Harcourt in Rivers State earlier this month.

The South South region is one of six constitutionally designated “geopolitical zones” that incorporate Nigeria’s 36 states and the “Federal Capital Territory” of Abuja. The other zones are: North West, North East, North Central, South West and South East. Each of the zones consists of six states, except for the North West and South East, which have seven and five states respectively.

Government planning, as well as national politics, is organised around this concept of “zoning”. Nigeria is, in effect, a federation of regions, not a union, and its constitutional and political arrangements are supposed to accommodate this, sharing out – or “zoning” – key positions to politicians from the different regions fairly.

It is no wonder then that politicians are prepared to fight hard for control of these states. But is the South South region particularly afflicted by electoral malpractice and is it really the “most notorious manipulator and violator of electoral norms and laws”, as reported by Nigeria’s Guardian newspaper?

A brief history of vote-rigging in Nigeria 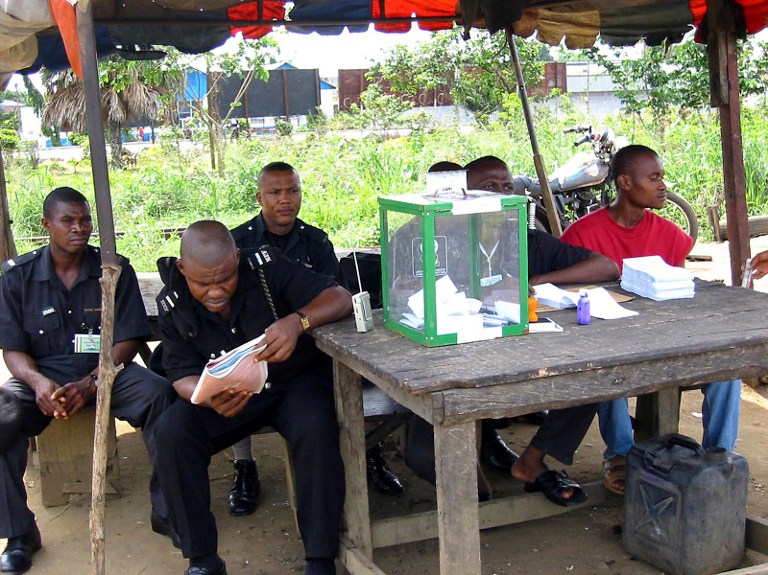 Nigeria has an unenviably long track-record in vote-rigging, dating back to 1952 when the British, at that time still the colonial power, supervised the country’s first-ever general elections.

The 1979 elections – the first since the post-independence military takeover in 1966 (which itself came in the wake of the violence that attended the October 1965 parliamentary elections in South Western Nigeria) – were dogged by a statistical controversy that had to be resolved by a Supreme Court judgment.

The 1983 elections were followed three months later by a coup d’etat that cut short the second term of then-president Shehu Shagari. In his inaugural speech Head of State General Muhammadu Buhari, who succeeded Shagari, described the elections as “anything but free and fair”.

“The shameless rigging and the widespread perversion of the electoral process could not, in all honesty, have been said to have produced a government of the people by the people.”

The 1993 presidential election was a departure from that norm, and was generally adjudged free and fair. But it was annulled by the then military ruler Ibrahim Babangida for reasons that are a matter of dispute, plunging the country into crisis.

The 1999, 2003 and 2007 elections were all affected by corruption and vote-rigging. The European Union Observer Mission described the 2003 state and federal elections as “marred by serious irregularities and frauds.”

The 2007 elections got even more flak, and invited comparisons to the 1983 elections. The EU Mission said they “fell far short of basic international and regional standards for democratic elections” and that “given the lack of transparency and evidence of fraud, particularly in the result collation process, there can be no confidence in the results of these elections”.


Is the rigging in the South South worse than elsewhere? 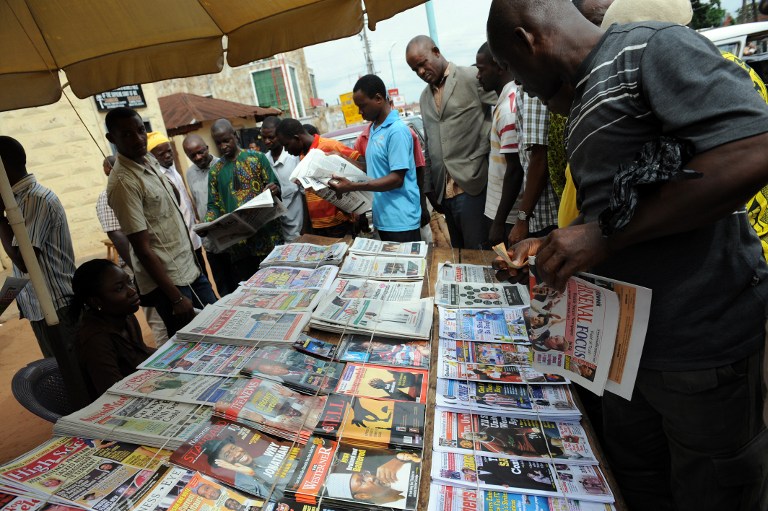 Odinkalu, the National Human Rights Commission chairman, told Africa Check that his assertions were supported by “voter turn-out figures and the fact that historically the South South produces the highest turn-out and highest margins in all elections in Nigeria since 1979”.

He said that the NHRC has “a team working on this specifically and we do have quite some material now which we hope at some point to make public”.

Rigging in Nigeria often occurs not at polling stations, where there is strong international oversight, but during the collation process where monitors are absent. Illegal thumb-printing – whereby vote counters mark blank ballot papers with their own thumb prints – is common, and in some cases, voter turnout figures have been known to be higher than the number of people registered to vote.

The US Council on Foreign Relations accuses incumbent Nigerian governors of playing a “prominent role in election-rigging”, and points out that states which routinely report dubiously high voter turnout figures tend to be governed by the ruling People’s Democratic Party (PDP). “Of the twelve states with dubious turnout figures… eleven had governors from the ruling party who supported Jonathan; none had governors from the opposition,” it reported.

The South South region is a traditional stronghold for the PDP. President Goodluck Jonathan is a Christian southerner, hailing from the Delta. His ruling party has a strong foothold in the region, governing four of the six South South states. Between 1999 and 2008 it governed all six states. As it happens, the region is also a hotspot for inconceivably high voter turnout figures.

In its report of the 2007 elections the European Union Election Observer Mission noted that “the high turnout rates for the Niger Delta region – Akwa Ibom State 83%, Bayelsa State 96%, Delta State 76%, Rivers State 80%– are highly implausible, particularly given the credible reports of low voter turnout from those states”.

In the 2011 elections, generally said to be to be much fairer than those of 2007, the South South along with the South East produced the highest rates of voter turnout in the country, well above the national average of 51.95%. 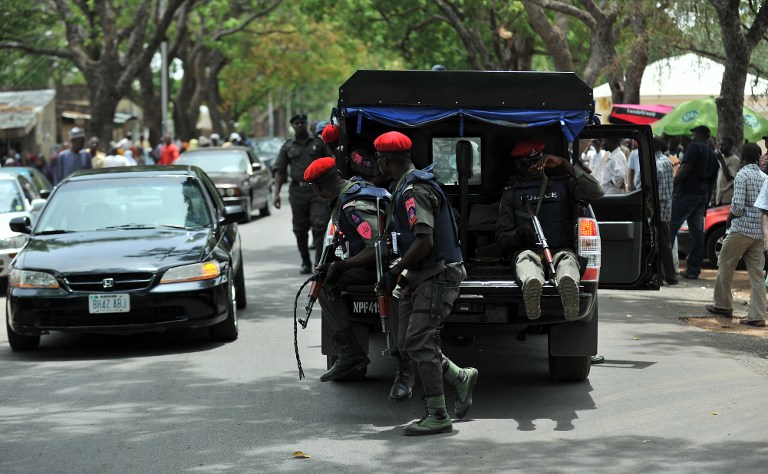 Chris Newsom, Program Advisor at the Stakeholder Democracy Network, a community empowerment civil society group that focuses on the Delta, has monitored elections in the region for many years. He acknowledges that there are “serious issues” with electoral integrity in the South South region, and believes that, based on available statistical evidence, these issues are most pronounced in the rural areas.

For example, turnout in the presidential elections in Rivers state consistently ranged from 70% to 96% across several local governments, except for the capital, Port Harcourt, where it was 50%, a scenario that analysts consider more plausible.

It is not clear if the pronounced levels of rigging may be connected to the inaccessibility of the terrain. Swathes of the region consist of dense mangrove vegetation and confounding network of creeks that all but a few locals find impossible to navigate, making it hard for vote monitors to circulate observing the voting process and the movement of ballot papers and ballot boxes.

Odinkalu appears to make that connection, telling Africa Check that there is documented evidence of acts like the “re-writing [of] election returns inside the boats in the creeks” and that “the patterns in other parts that don't have water are different”.

Africa Check approached the Independent National Electoral Commission for its opinion on elections in the Delta, but its media spokesmen declined to comment. 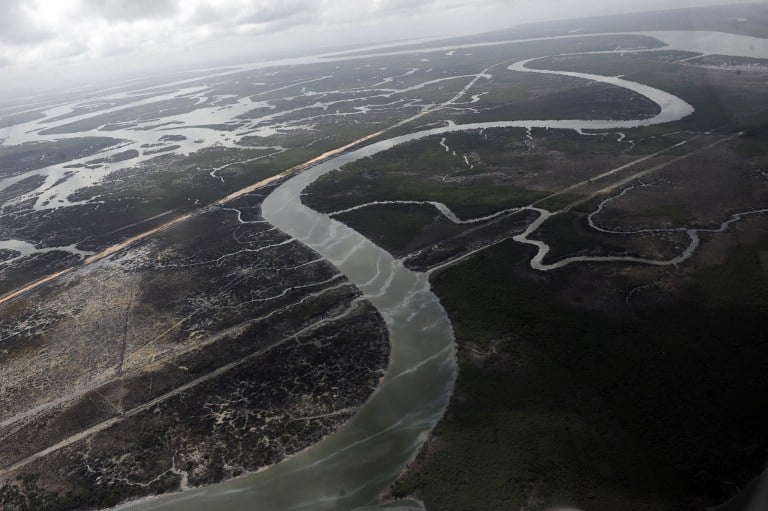 Newsom contends that while acknowledging the seriousness of electoral malpractice in the region, “other parts of the country shouldn’t be let off the hook”. According to him some 2011 election results were “pretty outrageous in parts of the north as well”. As numerous court rulings and independent reports over the years show, vote rigging is far from unknown in the southwest and south east also.

Indeed the EU Observer Mission report from 2007 flags other states outside the South South region for implausible turnout figures. “Voter turnout figures of 60% for Anambra State [in the south east on the edge of the Delta] and 78% for Gombe State [in the north] are highly questionable bearing in mind that no voting took place in large parts of these states,” it reported.

There were also widespread allegations of underage voting across northern Nigeria during the 2011 elections. In a report produced after that ballot, for instance, the International Crisis Group stated that angry underage youths turned on the resident electoral commissioner in Gombe state after he tried to stop them from voting. “More than half of the voters are under-aged”, Crisis Group quoted him as saying.


Blatant election malpractice is very much a part of Nigerian politics, persevering right through to the last vote in 2011, when international observers recognised democratic process, but underlined that there is still a long way to go. “The polls were… riddled with malpractices, logistical deficiencies and procedural inconsistencies”, Crisis Group said in its report.

Parties tend to rig where they have a stronghold. “Where the opposition is weak, rigging is pronounced,” says Newsom.

The degree of rigging is proportional to the ability to mobilise funds and support from law enforcement agents. “The only political parties that could complain of election-rigging are those parties that lack resources to rig. There is complete evidence that rigging and thuggery were relative to the resources available to the parties,” then Head of State General Muhammadu Buhari said in his first speech to the country, on January 1, 1984, the day after seizing power in a military coup.

As the EU’s Mission pointed out, other states do face similar problems.

However, it appears that the ruling PDP party’s strength in the South South leaves that region as a whole particularly exposed to electoral malpractice, notably in the vote collation process. Statistical evidence to support the view that it, while by no means having a monopoly on electoral malpractice in Nigeria, is the region in which the impunity is likely to be greatest.