The Nigerian constitution is clear that it may summon individuals before it to give evidence when required including ministers.

In March, Nigeria’s House of Representatives – the lower chamber of the National Assembly – mandated its public accounts committee to investigate the country’s Minister of Petroleum Resources, Diezani Alison-Madueke, for allegedly using large amounts of public money to charter a private jet for herself and her family.

Since the Assembly’s vote, Alison-Madueke and the state-owned Nigerian National Petroleum Corporation (NNPC), which allegedly incurred the expenditure on her behalf, have made various moves to stop the investigation.

Two weeks ago an affidavit was filed in the name of the minister and the NNPC stating that the House – and the Senate – cannot summon public officers to produce unpublished official records without obtaining the “consent” of Alison-Madueke's close ally President Goodluck Jonathan.

The minister’s lawyers also claimed that it is not within the National Assembly’s powers to investigate criminal allegations relating to corruption or fraud in public offices.

On what grounds does the minister make the claim? 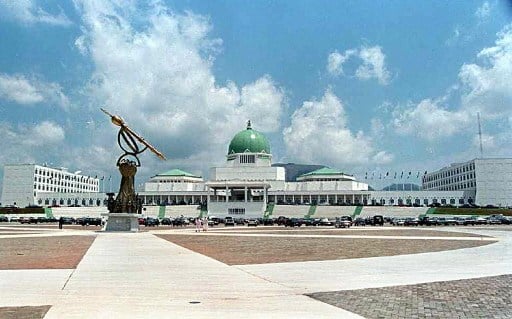 
So is presidential approval required?


In fact, as shown below, Nigeria’s constitution states that ministers must appear before lawmakers when summoned for investigation.

“A Minister of the Government of the Federation shall attend either House of the National Assembly if invited to explain to the House the conduct of his Ministry, and in particular when the affairs of the Ministry are under discussion,” Section 67 (2) of the 1999 constitution states.

That law acts like a whistleblower’s protection, stating that it will safeguard “serving public officers from adverse consequences of disclosing certain kinds of information without authorisation”.

It stipulates that: “Nothing contained in the Criminal Code or Official Secrets Act shall prejudicially affect any public officer who, without authorisation, discloses to any person, an information which he reasonably believes to show mismanagement, gross waste of funds, fraud, and abuse of authority”.

And does the Assembly have the power to investigate alleged corruption? 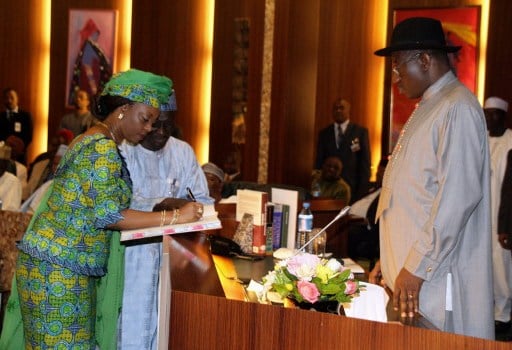 Alison-Madueke’s lawyers also claimed that the National Assembly was exceeding its powers by seeking to investigate criminal allegations relating to corruption or fraud.

They stated in the affidavit that the lawmakers are only constitutionally empowered to oversee the oil ministry and its various agencies “for the purpose of enabling them to make laws and correct defects in existing laws”.

If, they said, in the course of exercising oversight the National Assembly stumbles on suspicious dealings by public figures, “they are constitutionally permitted” to direct an appropriate government agency to investigate rather than to do so themselves.

So is the National Assembly overstepping its remit?

Not so, according to Mr. ‘lai Oshisanya, a lawyer at the Lagos-based Vita Veritas and a member of the Hague Academy of International Law.

Under the constitution, one of the National Assembly’s jobs is to “detect and prevent poor administration, waste, abuse”.

Both chambers are empowered not only to operate committees but also to “delegate any function exercisable” to those committees, including powers to investigate public figures themselves, Oshisanya told Africa Check.

The constitution spells out the scope of those powers – first to make laws and, second, to “expose corruption, inefficiency or waste in the execution or administration of laws within its legislative competence and in the disbursement or administration of funds appropriated by it”.

“Just exceptions” would not apply to public figures being investigated for misuse of funds, according to Clement Nwankwo, executive director of the Abuja-based Policy and Legal Advocacy Centre. That would only provide a get-out clause for “private individuals who have nothing to do with appropriated funds”.

The subsequent constitutional sub-section provides the power for the House to compel attendance by those who fail to appear before it when summoned. It may, the constitution reads, “issue a warrant to compel the attendance of any person who, after having beensummoned to attend, fails, refuses or neglects to do so”.

The National Assembly is mandated “to investigate alleged crimes, pertaining to appropriated funds, by which they can invite a public officer to give evidence at a public hearing,” Nwankwo explains. Thereafter, its responsibility is to “make recommendations to the executive to take necessary actions”.

So far, the National Assembly has done nothing to overstep that remit. 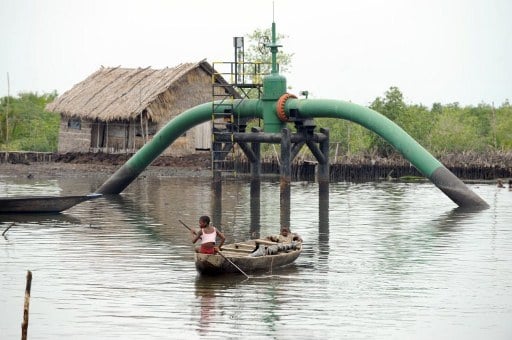 For the last three months, the oil minister has made a series of efforts which appear aimed at dodging investigations into the alleged spending of copious public money on private jets.

The most recent claim that presidential approval is needed before she can be summoned before the country’s lawmaking body and required to produce evidence is wrong.

The constitution stipulates that ministers must appear before the National Assembly when summoned and the Freedom of Information Act  mandates that, when the court rules it is in the public interest, state documents should be made public.
As for whether the National Assembly is overstepping its role as lawmaker by probing the minister itself, the constitution is clear that it may summon individuals before it to give evidence when required.
Edited by Eleanor Whitehead