All Progressives Congress presidential candidate Bola Tinubu says the opposition Peoples Democratic Party didn’t pay a dime on railways, despite being in power for 16 years. But is his claim accurate?

“Our opponents spent 16 years in power and they couldn’t even make a down-payment for rail-track.”

Records show the rail development Tinubu credits to the APC predates the party’s election to office in 2015.

Speaking at the launch of the party’s women’s campaign council in October 2022, Tinubu rounded on the Peoples Democratic Party (PDP), which hopes to topple the APC in the February 2023 elections. The PDP was in power from 1999 to 2015, when it lost to now outgoing president Muhammadu Buhari of the APC.

Tinubu emphasised the time it took to drive the country’s roads, and how this was changing as the APC commissioned new rail routes.

“Our opponents spent 16 years [in power]. They had forgotten that highways are the economy, that electricity is mandatory for industrialisation,” said Tinubu, a former Lagos state governor and an influential party figure.

“They don’t even understand the power of transmission lines and the maintenance of it … They couldn’t even make a down-payment for rail track.”

Buhari commissioned three railway lines during his presidency, which he lists among his achievements. These are the Lagos-Ibadan rail line, the Abuja-Kaduna line and the Abuja Light Rail.

But were all these projects initiated by the APC, as Tinubu claimed? We took a closer look.

An argument that won’t go away

Several current and past PDP leaders have previously claimed rail development as a party success.

A quick trip back in time sheds more light.

In 2006, then president Olusegun Obasanjo of the PDP announced his administration would spend US$8.3 billion to rehabilitate rail lines. The resulting Nigerian Railway Modernisation Project would be phased over 25 years.

The signing of the project’s contract was widely reported. It would be partly funded by China, with Nigeria committing $1.5 billion, the president said.

Documents from Nigeria’s debt management office show that in December 2010 the country took a $500 million loan from the Export-Import Bank of China for the Abuja-Kaduna section of the rail modernisation project.

Another $500 million loan was secured in November 2012 for the Abuja Light Rail Project. Rotimi Amaechi, Buhari’s transport minister from 2015 to 2022, confirmed in a 2021 interview that the loans were used to build the rail lines.

In 2016, a year after he was sworn in, Buhari commissioned the Abuja-Kaduna rail track.

“This project was conceived by a previous administration, started by the last government and I am pleased to complete and commission it,” he said at its launch. 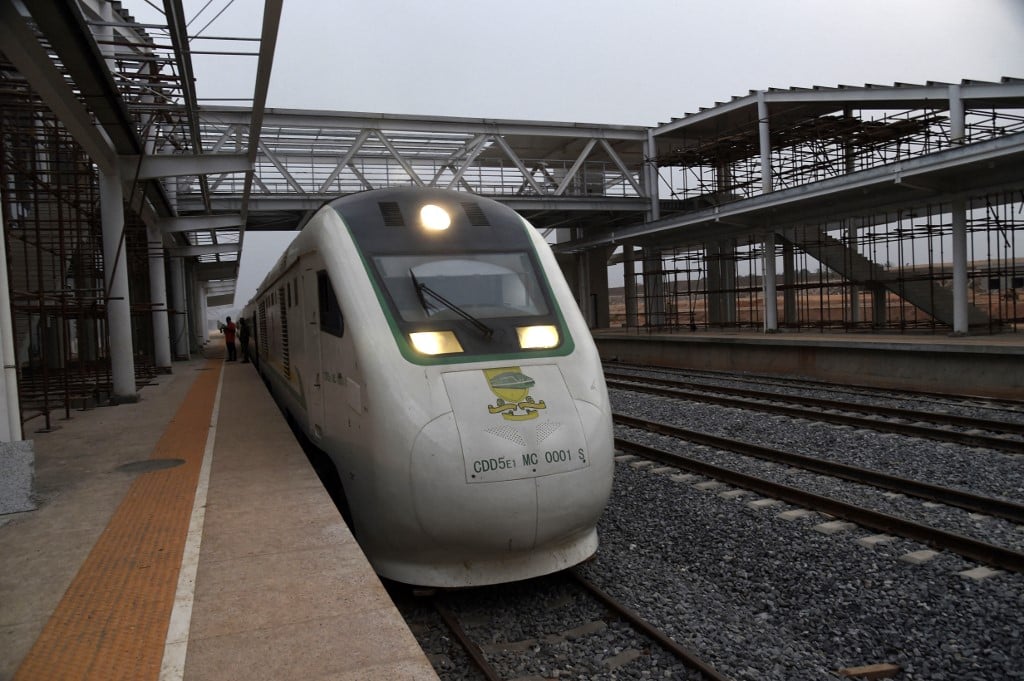 At the launch, Amaechi said the administration of Goodluck Jonathan, president from 2010 to 2015, had a hand in rail projects.

And Jonathan has in the past taken to social media to draw attention to his administration’s role in railway construction.

The available evidence shows the development of railways in Nigeria preceded the APC.

‘A marathon race, a long-term project’

Developing railways was a long-term process beyond the scope of a single administration, Bamidele Badejo told Africa Check. He is a professor of transport geography at Olabisi Onabanjo University in the southwestern state of Ogun.

“Rail development cannot be achieved in four years or eight years, which is the lifespan of a political administration in Nigeria. It is a continuous infrastructural endeavour that involves construction, reconstruction, planning and maintenance,” he said.

“The Buhari administration has done some work on the rail network but it is a marathon race, a long-term project. Continuity by successive administrations is the way to ensure maximum benefit for the people.”

Kayode Omojuwa, a professor of political science at Ahmadu Bello University in the northern Kaduna state, has previously told Africa Check that politicians sometimes padded their achievements to get an advantage over their opponents.

Investment in rail had a direct impact on a country’s economy, Adekunle Olowosulu, a professor of transportation engineering at Ahmadu Bello University, told Africa Check.

“Transportation is vital to human civilisation and the development of the transport system within a society shows the level of human development. In the case of Nigeria, there is a backlog of development in the sector so any action by any government to develop transport is welcome,” Olowosulu said.

“The effort made by the Buhari administration is laudable but we need more.”

As politicians seek to entice voters ahead of the February 2023 elections, Bola Tinubu, the governing All Progressives Congress (APC) presidential candidate, took aim at the main opposition party’s record.

The Peoples Democratic Party (PDP) had failed to improve infrastructure while it was in power from 1999 to 2015, he claimed. But records show the rail development he was keen to credit only to the APC predates the party’s election to office in 2015.

Analysts say that for Nigerians to reap the benefits of massive infrastructure such as railways, successive governments have to recognise that its development is a marathon.

“Our opponents spent 16 years in power and they couldn’t even make a down-payment for rail-track.”

Records show the rail development Tinubu credits to the APC predates the party’s election to office in 2015.