A snap poll conducted in Nigeria this month found that 67% of the respondents believe that child rape is prevalent in the country, and that one in three personally know a victim of child rape.

The findings of the poll, which was conducted in collaboration with an advocacy organisation, the Stand to End Rape Initiative, were widely reported. The Nigerian Tribune carried a story with the headline: “Survey indicts close relatives, neighbours”, and Vanguard reported: “Survey reveals high prevalence of child rape in Nigeria”.

“A special opinion poll…has revealed that there is a high prevalence of child rape in the country,” Vanguard’s report read. But is that what the survey showed? And is it reliable?

What did the poll find?

NOI Polls’ chief operating officer Bell Ihua explained to Africa Check that a “snap” poll is a quick survey that involves no more than half a dozen questions and a thousand respondents, targeted to cover all parts of the country.

He said that NOI Polls has a 25-person polling center based in Abuja which carries out daily telephone surveys in five languages, Igbo, Yoruba, Hausa, English and Pidgin English. The phone numbers, he said, were chosen by a computer programme from a database of 70-million phone lines spread across every state in Nigeria.

So how does the law define child rape? And does a survey like this tell us anything useful about the phenomenon in Nigeria?

What does Nigerian law say about child rape? 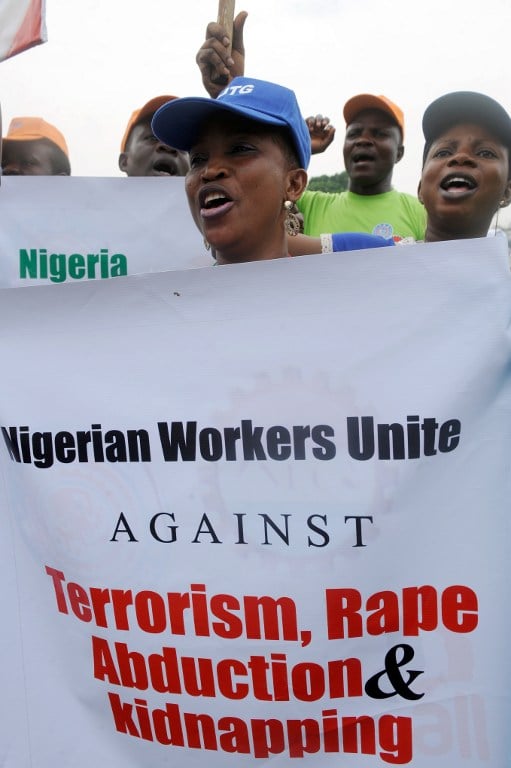 There are two main legal codes guiding the application of criminal justice in Nigeria: the Criminal Code in the country’s 17 southern states and the Penal Code in the 19 northern states. A third one, the Sharia Penal Code, applies only to Muslims in the twelve northern Nigerian states that have adopted Sharia law.

“The Criminal and Penal Codes contain elaborate provisions relating to sexual offences intended to protect victims of sexual abuses and exploitation, including rape,” according to a 2010 Gender Policy report compiled by the Nigeria Police in collaboration with civil society organisations.

But loopholes, ambiguities and contradictions abound. For example, according to Section 282(2) of the Penal Code, “Sexual intercourse by a man with his own wife is not rape, if she has attained to puberty.”

The Criminal Code, introduced by colonial bureaucrats in the early 20th century, has separate provisions and penalties for what is archaically described as “unlawful carnal knowledge” of a girl under the age of 13 (imprisonment for life, with or without caning) and for “unlawful carnal knowledge” of a girl aged between 13 and 16 (imprisonment for two years, with or without caning.)

Nigerian criminal law generally operates on a number of problematic assumptions regarding sexual assault; for example that  “unlawful carnal knowledge” involves a male perpetrator and a female victim, and that it has to involve vaginal penetration by a penis. All acts of sexual assault that therefore fall outside this, including assaults on a male victim, fall under “indecent assault” or “gross indecency”, which carry lesser penalties.

In 2003 the Federal Parliament passed a comprehensive ‘Child Rights Act’, which prescribes 18 as the minimum age of marriage, and prohibits intercourse – consensual or otherwise – with anyone below the age of 18. Under the law, offenders are liable to lifetime imprisonment.

But the existence of the law is by itself is not enough of a deterrent. Not all Nigerian states have adopted it because, for the Act to take effect in a state, it has to be “domesticated” by state parliaments. What this means is that in those states where the Child Rights Act has not been adopted (coincidentally all are to be found in the north, where the Penal Code operates), child marriages are still legally permissible, as is sex with minors on the grounds of marriage.

Enforcement of the law is weak

Enforcement also remains a huge challenge. The police, who should have responsibility for arrests and prosecution, are themselves often implicated as perpetrators. A 2006 Amnesty International report accused the Nigerian police of not only failing to prosecute rapes, but also of “commit[ting] rape in many different circumstances, both on and off duty.”

Even in the rare instance when child rape is prosecuted, the penalty is often inadequate, according to child protection organisations.

“The law is not strong enough to deter perpetrators,” Ben Ezinma, Programme Manager at the Child Rights Network, a civil society group based in Abia State told Africa Check. He cites the instance of one sexual abuse case his organisation was involved in a few years ago. The perpetrator, who was HIV-positive, raped a child but was only sentenced to two years in prison.

How prevalent is child rape?

There are no simple answers to the question of how prevalent child rape is..

There are a wide variety of reasons that range from mistrust of the police and the lack of a common understanding of what constitutes rape to fear of the consequences of reporting abuse. Often the child victims cannot testify.

What existing surveys tell us… 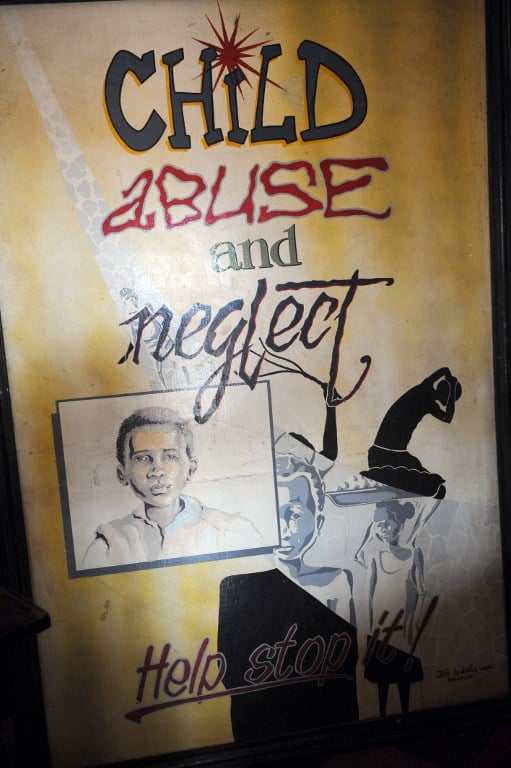 The recent NOI Polls survey indicates that just over two-thirds of respondents they polled believe that child rape is prevalent, and that just under one third of respondents claim to know a child who they believe has been raped.

This provides evidence about the extent to which the respondents believe the problem exists, not the actual prevalence.

Other surveys produce different findings. The Nigerian Demographic and Health Survey (DHS) has been conducted five times since 1990. In the 2008 report, 2.5% of the women surveyed, who were aged between 15 and 49, said they first experienced sexual violence before the age of 10.

And in the most recent report, which was published last year, 7% of the women surveyed - also aged between 15 and 49 - reported they had experienced sexual violence at some time in their lives.

The CLEEN Foundation, an NGO focused on public safety and security, has carried out annual “Crime Victimisation Surveys” across Nigeria since 2005. Its polls do not refer solely to child rape, but to any form of rape, and are therefore not directly comparable to the NOI Poll or DHS survey.

In CLEEN's 2011 survey, only 1.8% said they thought rape of any kind was prevalent in their communities, while 68.3% said it was non-existent. By 2013 10% said they believed rape was prevalent, while the number that thought it non-existent had fallen to 48%.

There is no reliable data about the numbers of children who have been sexually assaulted or raped. Therefore it is not possible to be absolutely sure whether incidences of child rape are on the rise.

The variability of the little available data is also alarming. The 10% of CLEEN’s respondents who believed in 2013 that rape was widespread is a far cry from the 67% thrown up by the NOI Poll in 2014. Is the disparity because the number of assaults is increasing? Or is it the result of more victims reporting cases and greater media coverage of the problem?

In a January 2008 report, the United Nation’s news agency IRIN quoted Suleiman Abba, then-deputy head of police in Kano State, saying that the number of cases reported to the police in the second half of 2007 represented a two-thirds increase on the number reported in the first-half.

Reports of sexual assaults on minors have been near-constant in recent years, triggering op-ed columns and newspaper editorials. This, of course, is a welcome departure from the culture of silence that has traditionally surrounded rape in Nigeria. But it is not in itself evidence of an increase in incidence.

Conclusion: Surveys show more about rising awareness of  the problem

Unfortunately anecdotal evidence and opinion surveys of the type reported this month tell us more about a growing, and welcome, awareness of the problem, than they do about the extent of sexual abuse of children in Nigeria.

The true picture is complicated by the lack of a nationally agreed definition of what child rape is.

And as the CLEEN report sadly points out: “official statistics are inaccurate due to dark figures (unreported crimes), grey figures (reported but unrecorded crimes) and manipulation of records to satisfy political and, or institutional interests (as when reported increase or decrease may be advantageous to regime in power or to a particular criminal justice agency, especially the police force).”

There is pressing need for accurate crime data and comprehensive and representative scientific surveys to assess what anecdotal  evidence and opinion polls indicate is a major problem.