Is President Buhari correct that Boko Haram are 'not holding any territory' in Nigeria?

Militant Islamist group Boko Haram are "currently not holding any territory" in the country.

While Boko Haram appear to have been driven from most major population centres, there is evidence that they still hold territory and have operational bases in some remote rural areas such as the Sambisa Forest. There are also claims by displaced residents

Nigeria’s President Muhammadu Buhari claimed recently that militant Islamist group Boko Haram have been driven into “fall-back positions” and are "currently not holding any territory" in the country.

Buhari was speaking during a meeting last month with United Nations secretary-general Ban Ki-moon. His comments came just weeks after he claimed that Nigeria had "technically won the war" against Boko Haram, which in July 2014 had moved on from staging ad-hoc guerrilla-style attacks on security forces to seeking, and gaining, control of large swathes of Nigerian territory.

For Buhari, a victory over Boko Haram is key to meeting promises that formed a cornerstone of the election campaign that swept him to power last year. 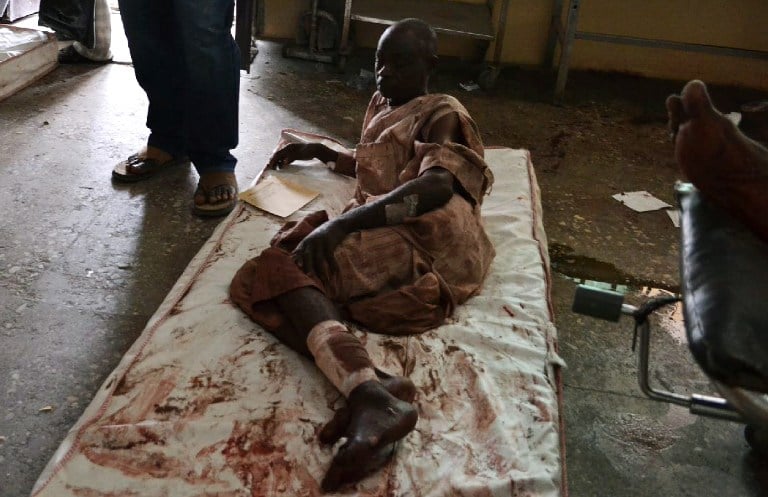 The militant group’s deadly six-year insurgency in Nigeria’s northeast is estimated to have cost the lives of between 13,000 and 17,000 people, led to hundreds of homes, businesses and schools being destroyed and forced more than 1.5 million people to flee for their lives.

Soon after winning the election in April, Buhari set an ambitious December deadline to achieve victory over Boko Haram. Two days before Christmas, his information minister, Lai Mohammed, told reporters that he could “confidently” say that "the war against Boko Haram is largely won". In an interview with the BBC, Buhari said Boko Haram were "technically defeated". Forty-eight hours later a wave of attacks by female suicide bombers claimed the lives of more than 50 people in northeastern Nigeria.

So is Buhari’s claim that the militants no longer hold any territory in Nigeria correct? What does it mean for the battle against the group?

From guerrilla attacks to seeking a ‘caliphate’

Launched in 2009 with a wave of guerrilla-style attacks on the security forces, Boko Haram’s efforts to establish an Islamic state or caliphate in north-eastern Nigeria gained momentum in July 2014 with a rapid advance through vast swathes of territory in Borno, Yobe, and Adamawa states. By January 2015, the group had pushed out government forces and controlled four towns in Borno and Yobe states – Gwoza, Bama, Baga, and Gulani – an area spanning about 51,800 km².

According to a report published by the Nigeria Security Network in March 2015, Borno State was the worst affected with as much as 70% of its territory annexed by Boko Haram.

The only major hold-out was Gwoza, a town in a mountainous region near the Cameroonian border in north-eastern Nigeria that Boko Haram militants had claimed as the headquarters of the caliphate.

In late March, a day before the country’s presidential elections, the Nigerian military said it had recaptured the town. But those claims were called into question last month. Philemon Emmanuel, described as the chairman of an internally displaced persons’ camp, told journalists on 6 January that “Gwoza and other towns within the area were still under the control of Boko Haram”. 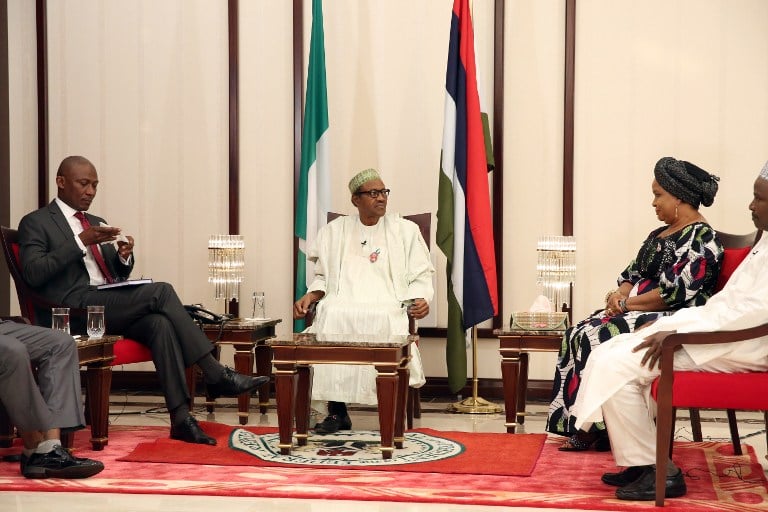 A survivor of a Boko Haram suicide bombing in a state hospital in the northeastern Nigerian city of Maiduguri in September 2015. Photo: AFP/Stringer" />

A community leader in Bama, Ibrahim Bukar, told Africa Check that claims that all areas of Borno state had been liberated from Boko Haram "are an exaggeration."

"We are not yet back to our local government," Bukar, who now resides in Maiduguri – the state capital – said. "Apart from the Damaturu-Maiduguri road, there is no other road a civilian can travel without any problem. The army will not even allow us to go to Bama on our own, they'll tell us to wait for their truck."

A former resident of the market town of Gamboru-Ngala in Borno, Muhammad Awwal, said that Boko Haram still hold some villages in the state. "My source in Gwoza told me Boko Haram is gathering around Ngoshe and Ashigashiya, all in Gwoza [district]," Awwal said.

"In Kala-Balge, there are some parts which are still not liberated. In my local government too, there are places like Zanari up to Bulgaram still occupied by Boko Haram.” Awwal also claimed that villages in the Monguno district such as Zuma Kuwon and Lahadin Bida were still under Boko Haram control.

"Our major problem now is access road to Gwoza township (from Maiduguri) and Pulka (from Adamawa State). Our people going to market Limankara  (about 13 km from Gwoza) use army escorts. The army have not given us permission to move on our own."

Abba – who fled Boko Haram’s advance and now lives in Maiduguri – also told Africa Check that out of the 13 wards that make up Gwoza, there is no military presence in six.

"We are still appealing to the Nigerian army to move there. Boko Haram boys are there disturbing our people. It is only the Cameroonian army that reach there, and when they get there, they do not differentiate between our people and Boko Haram – they clear everybody."

In addition, the Nigerian military has yet to dislodge Boko Haram fighters from a stronghold in the 60,000 km² Sambisa Forest in Borno.

‘Operational bases but not governing any areas’

A security analyst and member of the Nigeria Security Network, Ryan Cummings, said Buhari’s claim that Boko Haram was not holding any territory was “difficult to assess because there is just no independent reporting from rural, northeastern Nigeria, specifically Borno state where a lot of the violence takes place”.

“In recent days, the Nigerian military has claimed to have dislodged Boko Haram from within local government areas which dilutes the credence of claims that all areas have been recaptured.

“It revolves around how you define whether a territory is being held. There is a fair claim to be made that Boko Haram isn’t governing any areas but they do have operational bases within rural north-eastern Nigeria,” Cummings said.

Conclusion: Buhari’s claim that Boko Haram 'are not holding any territory' is exaggerated

While Boko Haram appear to have been driven from most major population centres, there is evidence that they still hold territory and have operational bases in some remote rural areas such as the Sambisa Forest. There are also claims by displaced residents that the militants remain active in remote areas like Gwoza and Monguno.

Buhari’s assertion that Boko Haram have “technically” been defeated has also been criticised by some analysts as the "defeat that never was". The Nigerian government has effectively sought to equate loss of territory by Boko Haram with defeat.“The capture of territory by Boko Haram lasted only about six months in the six-year long insurgency,” Cummings said. “It appears that they are not looking to capture any more territory at the moment because it is such a resource heavy exercise to do so.”

“The capture of territory by Boko Haram lasted only about six months in the six-year long insurgency,” Cummings said. “It appears that they are not looking to capture any more territory at the moment because it is such a resource heavy exercise to do so.”

"It is always a bad idea for the leaders of countries to declare highly active terrorist groups dead," Max Abrahms, assistant professor of political science at Northeastern University in Boston, told AFP. "History shows that terrorist groups are extraordinarily difficult to snuff out once they have reached a critical mass. The truth is that terrorism is very easy to perpetrate."

Historically Boko Haram’s strategy has not centred on territorial control or conventional military operations but hit-and-run guerilla-warfare tactics and suicide bombings that terrorise and demoralise.

While it appears that Boko Haram are no longer governing key areas and cannot launch conventional military attacks, their insurgency remains deadly. The recent spate of suicide bombings that have left dozens dead and injured is evidence of this.

While Buhari would probably have been correct if he had claimed that Boko Haram are no longer governing any territory or holding major towns, his claim that they are “not holding any territory” at all is exaggerated. The conflict appears far from over.

Militant Islamist group Boko Haram are "currently not holding any territory" in the country.

While Boko Haram appear to have been driven from most major population centres, there is evidence that they still hold territory and have operational bases in some remote rural areas such as the Sambisa Forest. There are also claims by displaced residents

Towns in Nigeria's northeast have been overrun by Boko Haram militants in recent weeks. But who are the group and what do they want? The aut...

Have over 13,000 people been killed in Nigeria's insurgency? The claim is broadly correct