Is SA the most corrupt country in Africa, with Ghana & Nigeria on its heels?

Following the release of a public opinion pole, regional and international media claimed South Africa as the most corrupt country in Africa.

Regional and international media were quick to run headlines that South Africa was “leading Africa’s new corruption surge” and had knocked Nigeria off its perch as the “most corrupt” country in Africa after the results of a public opinion poll on corruption in 28 African countries were published last week.

But does the report, titled People and corruption: Africa survey 2015 – Global Corruption Barometer, make such claims? And does it really rank South Africa as “the continent’s most corrupt nation”?

What is the Global Corruption Barometer? 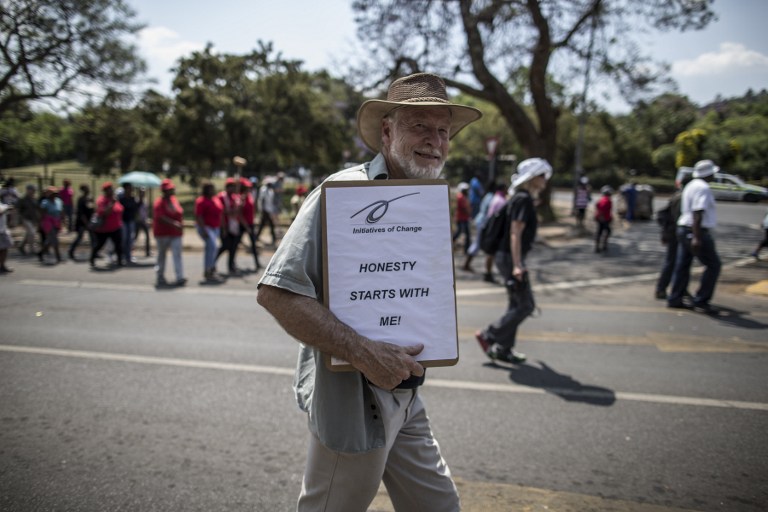 The presidents of Africa's second and third most corrupt nations, as media reports would have it? Nigerian President Mohammadu Buhari (left) shakes hands with Ghanaian President John Dramani Mahama during Buhari's visit to Ghana in September 2015. Photo: AFP/FATI BRAIMAH" />

The Global Corruption Barometer is a public opinion survey that has been published by Transparency International in partnership with the African research network Afrobarometer (which conducts the face-to-face surveys) since 2003.

The current Africa survey included just over 43,000 respondents from 28 different countries in sub-Saharan Africa, who were interviewed between March 2014 and September 2015. Among other questions, the survey “asked people how they thought corruption in their country had changed” over the 12 month period before the survey was taken.

In the key findings, the 2015 survey report stated that the “majority of Africans (58%) say that corruption has increased over the past year. This is particularly the case in South Africa where more than four-in-five citizens (83%) say they have seen corruption rise recently.”

How people perceive corruption in own country

Afrobarometer’s Southern African communications coordinator Sibusiso Nkomo explained to Africa Check that in countries with large population (like South Africa and Nigeria) a national sample of around 2,400 people were interviewed. The sample was then weighted to be representative of the country’s adult population.

“Of the several questions we ask, one would be how many of the following people the respondent thinks is involved in corruption – or whether they have not heard enough to say – and the list goes from the president to members of parliament, government officials and different parts of society,” says Sibusiso. “Then the person will indicate ‘none’, ‘some’, ‘most’, ‘all’, or that they don’t know. It’s not data in the sense that there are numbers that say these are the levels of corruption or bribery. It is how people perceive it.”

Speaking to Africa Check from Germany, the survey’s author and Transparency International research coordinator Coralie Pring, added that these are “perceptions and experiences in [the respondents’] own countries” and not of other countries in the region.

What the report says about South Africa 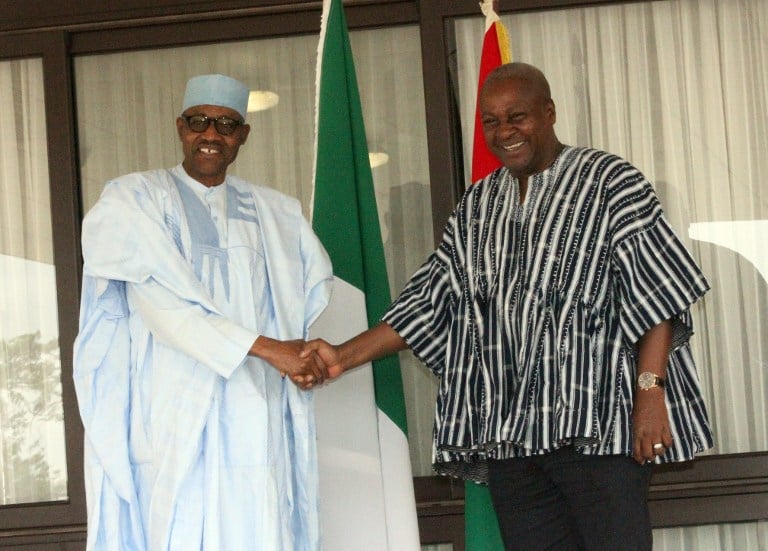 The headline that South Africa is the most corrupt country in Africa is “obviously wrong,” says David Lewis, head of South African non-profit organisation Corruption Watch.

Pring confirmed this, saying that the responses to the questions, rather, were a barometer of “how people think that the level has changed [over a 12-month period], not what the level of corruption in the country is.”

“It’s important – if you have respect for data,” said Lewis, “to know that [South Africa is] not the ‘most corrupt’ country, just as it’s important to note that the perception of corruption is increasing.”

“That this perception is widespread and increasing as rapidly as it is should ring alarm bells. If [South Africa doesn’t do] something it might get to be the most corrupt country in Africa.”

This is an important feature of the report – which also asked respondents how they felt their respective governments were doing in the fight against corruption.

“Understanding how ordinary people think their government is doing in regard to addressing corruption,” the report read, “allows us to assess whether governments are perceived to be making the right steps and if they are communicating these efforts effectively to their citizens.”

Lewis added that while actual corruption is almost impossible to calculate accurately – a “crime in which two parties are colluding in a clandestine act”, by its nature, obscures the actual extent of such acts, as Africa Check has reported previously – perceptions of corruption are particularly important.

“One of the most devastating impacts of corruption,” he said, “is to massively reduce trust in government and the private sector, in democratic institutions. Perceptions will drive that lack of trust.”

In January 2016, Transparency International will be releasing a further report from their Corruption Perception Index, on corruption both in the region but also worldwide, this time taking into account the views of experts – but this should not necessarily be seen as “more important” than the current survey.

“We feel it is absolutely vital to understand what ordinary people think,” said Pring, because “they experience corruption on a daily basis, through petty [acts].” For example, the survey found that the poorest respondents were “twice as likely as the most affluent in the region to have paid a bribe in the past 12 months”.

Conclusion: Claims that South Africa is most corrupt African nation are incorrect

Media claims that South Africa is the most corrupt nation in Africa are incorrect, and grossly misrepresent the findings of the Global Corruption Barometer Africa survey.

Residents of Ghana, too, appear to be grappling with its supposed "second worst" ranking, a claim roundly rejected by its president, John Mahama.

What the report does tell us, is that perceptions of corruption across the African continent can vary widely between countries and regions, and that the issue of perceived and actual corruption is a complex one.

Has SA lost R700 billion to corruption since ’94? Why the calculation is wrong