Civil damages claims totalling R7.1 billion (about US$770 million) had been laid against the South African Police Service (SAPS) in the 2011 to 2012 financial year.

Real figure is double the amount claimed by the minister

South Africa’s police minister, Nathi Mthethwa, told parliament in April 2013 that civil damages claims totalling R7.1 billion (about US$770 million) had been laid against the South African Police Service (SAPS) in the 2011 to 2012 financial year.

Mthethwa was responding to questions posed by the opposition Democratic Alliance about the number of claims instituted in each financial year since 2007, the total amounts claimed, how the claims were finalised and what amounts were paid out.

In his reply, Mthethwa said 10,552 claims were brought against police in 2011/2012 seeking payouts amounting to R7.174 billion. Of these, 562 claims were settled in court and R37.3 million were paid out. A further 553 claims were settled out of court with payments of R55.7 million. More than 8000 claims had not been dealt with by the end of the financial year.

The story was prominently covered in a number of newspapers. “DA: Police brutality is robbing nation of R7bn,” read a headline in The Times. “7bn in civil claims against cops,” read The Herald.

But is this the full picture?

Close scrutiny of the police’s annual financial statements for 2011/2012 reveals that this is only part of the picture.

The statements show that hundreds of claims brought against the SAPS in the 2010/2011 financial year were not dealt with and were rolled over to the 2011/2012 financial year.

As a result, the financial liability of the police in the year 2011/2012 was more than double the figure quoted by Mthethwa in parliament.

The statements show that more than R11 billion in claims were rolled over to the 2011/2012 financial year. R2.8 billion in claims were subsequently cancelled, reduced or - in a few cases - paid out. During the year, as Mthethwa noted in his response, police incurred additional claims totalling R7.174 billion. 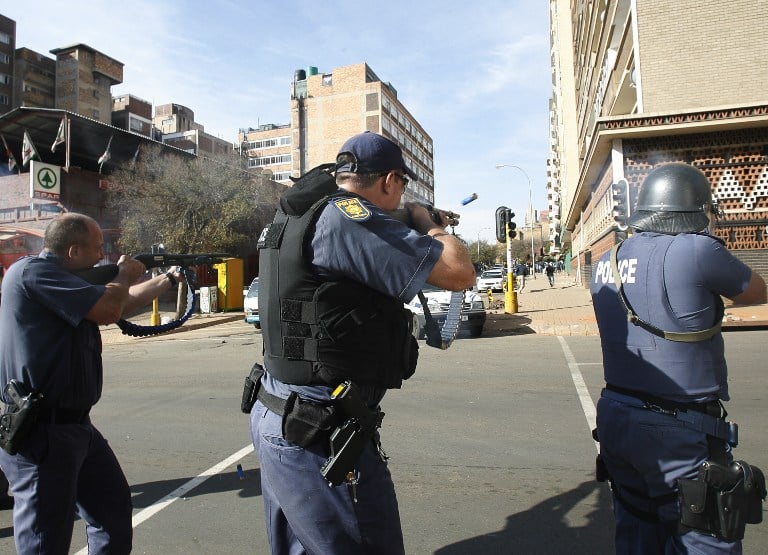 According to the SAPS financial statements, the closing balance of civil claims on 31 March 2012 was a staggering R14.8 billion.

And given that there were 8369 outstanding claims on that date, the liability at the end of the 2012/2013 financial year is likely to be much higher.

And from what he said recently, Mthethwa is aware of the true scale of the problem though he chose not to reveal it in parliament.

In a recent press statement issued by the Ministry of Police, Mthethwa was quoted saying that he had asked National Police commissioner Riah Phiyega to “look into the issue of litigations as a matter or urgency”.

“We need to close this gap by identifying training needs of our police and where appropriate, take tough disciplinary actions against those who abuse the law,” he said.

You get the answer you ask for

So nobody was lying. But Gareth Newham, head of the Institute for Security Studies governance, crime and justice division, told Africa Check that opposition parties, in an effort to obtain information, had to be as “specific as possible” in the questions they ask in parliament to “get the information nailed down”.

“Often the questions aren’t wide enough, so the ministers can answer very specifically. In this case they asked for yearly claims, not total claims. The minister wouldn’t necessarily give them ammunition if they hadn’t specifically asked for it.”

Mthethwa accurately answered the specific questions posed to him by the DA but without elaborating. The fuller picture, revealed by the police financial statements, is more disturbing than he admitted. The statements suggest the likely bill for civil claims against the police is more than twice what most people now think.

As we noted in a previous report on South African military involvement in the Central African Republic, the truth often lies in what politicians don’t say. In this instance, it is a disturbing truth.

Civil damages claims totalling R7.1 billion (about US$770 million) had been laid against the South African Police Service (SAPS) in the 2011 to 2012 financial year.

Real figure is double the amount claimed by the minister