Is South Africa the largest recipient of asylum-seekers worldwide?

It is a claim that was picked up and repeated, often verbatim, by various media outlets. For example, an SABC television interview with Home Affairs minister Naledi Pandor prior to World Refugee Day on 20 June 2013 was prefaced with an introduction stating that South Africa “continues to be the recipient of the highest annual number of asylum applications worldwide.” The minister did not contradict the claim during the interview.

Similarly, an eNews Channel Africa report was published on YouTube and carried by News24 with the headline: “SA has highest number of asylum seekers”. This was despite the fact that the report itself did not mention the claim.  The claim was also given prominence in a newspaper editorial.

A number of readers asked us to investigate. 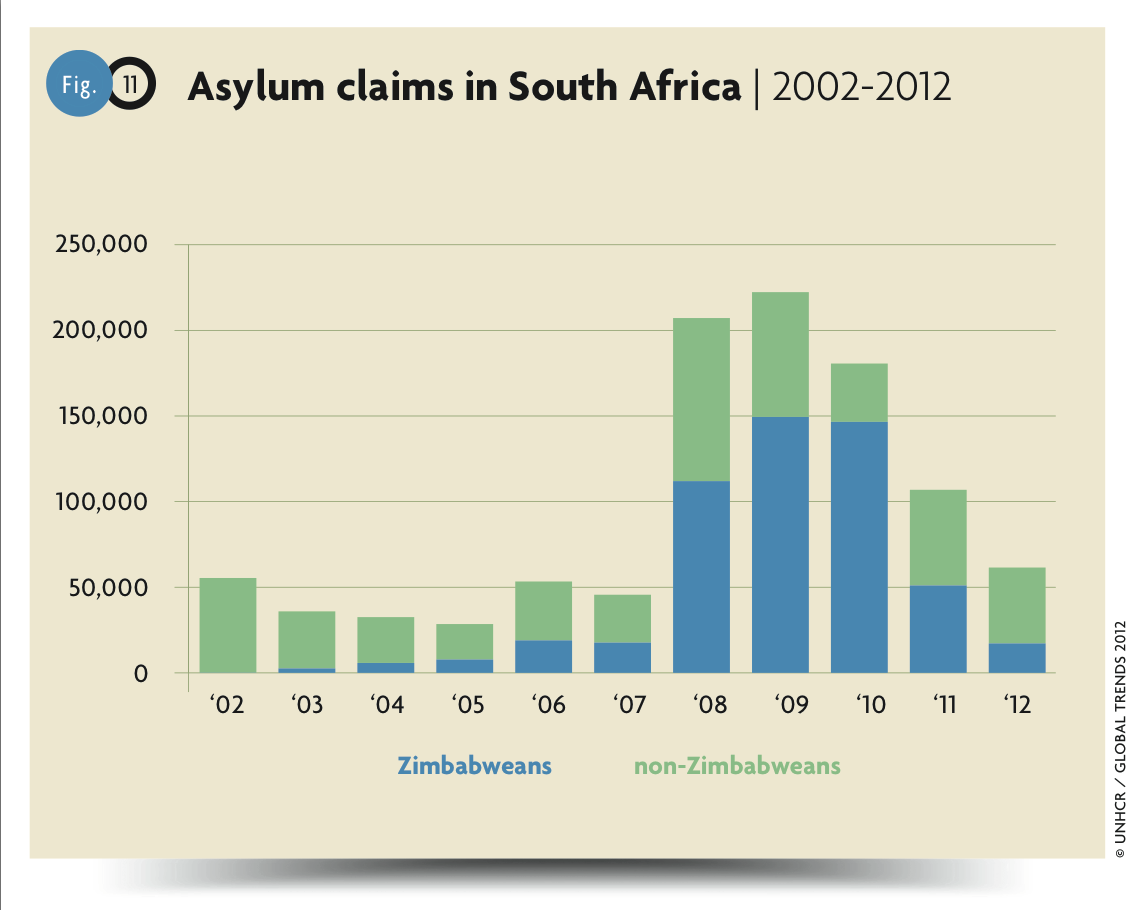 According to the United Nations refugee agency, UNHCR, an average of 3,000 people a day became refugees in 2012, five times more than in 2010.

South Africa, like all countries that are signatories to international and regional conventions and protocols on refugees, is obliged to offer protection to people who have fled persecution and instability to seek sanctuary within its borders.

The 1998 Refugees Act established the institutions and procedures that are meant to give effect to these obligations. The Act defines a refugee as a person who has fled their “place of habitual residence” owing to a well-founded fear of persecution for reasons of race, tribe, religion, nationality, political opinion, or membership in a particular social group.

This includes people who are forced to flee their country of origin as a result of “external aggression, occupation, foreign domination” or events that “seriously” disrupt public order. An asylum seeker is a person who is seeking recognition as a refugee and whose status has yet to be determined . 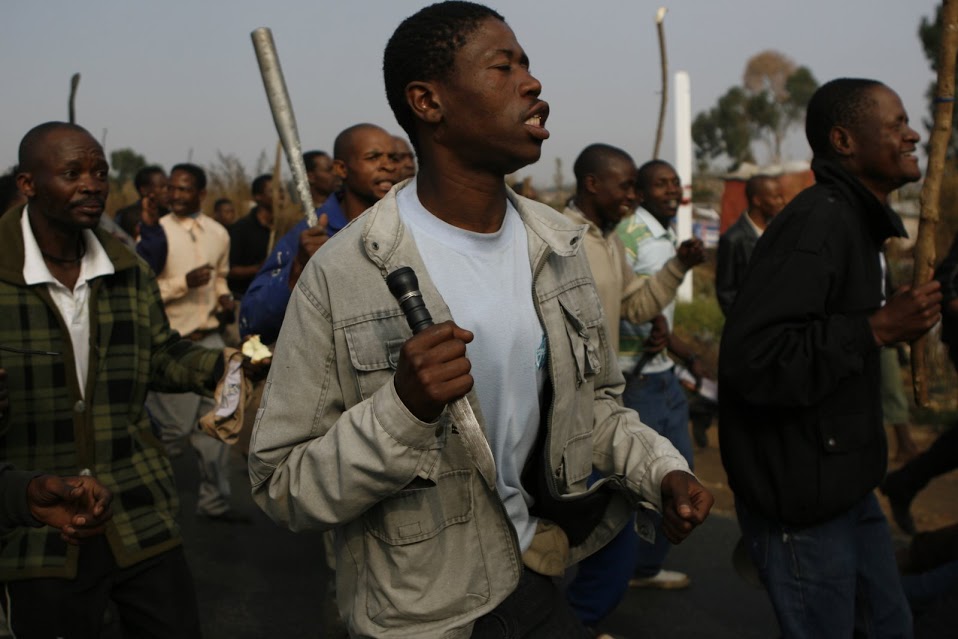 But South Africa’s reputation as a safe-haven for refugees has been scarred by outbreaks of xenophobic violence, murders, widespread corruption, bureaucratic inefficiency and allegations of discriminatory practices and human rights abuses by Home Affairs and immigration officials.

A report published in 2012 by the African Centre for Migration and Society, which is based at the University of the Witwatersrand in Johannesburg, contended that South Africa’s asylum system has “consistently failed to meet its legal mandate and regularly acts outside of the law”.  This failure to provide protection, the report stated, “violates the fundamental tenet of refugee law, suggesting an asylum system that exists in name only”.

Another report published by the Centre concluded that “South Africa’s asylum system exists only to refuse access to the country and makes no attempt to realise the goal of refugee protection”. The author, Roni Amit, argued that  it “functions solely as an instrument of immigration control”.

The IRIN news service, an “editorially independent, non-profit project of the UN Office for the Coordination of Humanitarian Affairs”, reported in April 2013 that South Africa granted refugee status to very few asylum seekers, approving just 15.5% of the asylum applications it processed in 2011.

A dramatic decline in asylum-seekers 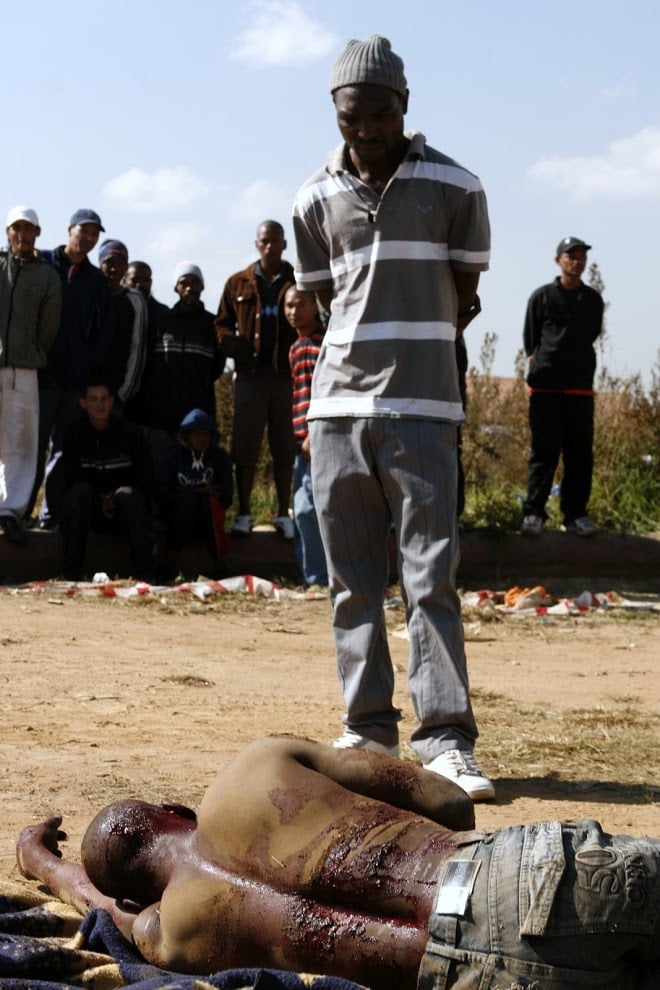 According to the department of Home Affairs, South Africa saw a dramatic decline in the numbers of asylum seekers in 2011 and 2012.

"A lot of people who would apply [for asylum] are not able to access the offices and part of the decline is probably due to the fact that Home Affairs started closing offices where people could apply in Cape Town and Jo'burg. It is part of a broader strategy to move all the offices to the border.”

Fatima Chohan, South Africa’s deputy minister for Home Affairs, has defended the department’s decision to close the refugee offices, saying: "I must emphasise that we are not making it more difficult to apply for asylum in South Africa, as some are now suggesting."

She attributed the declines in asylum seeker numbers to “more efficiency at our centres, our ports of entry, the re-deployment of the South African Defence force on our borderline, and most importantly, the relative peace and stability that has been maintained on our Continent during this time”.

The origin of the claim 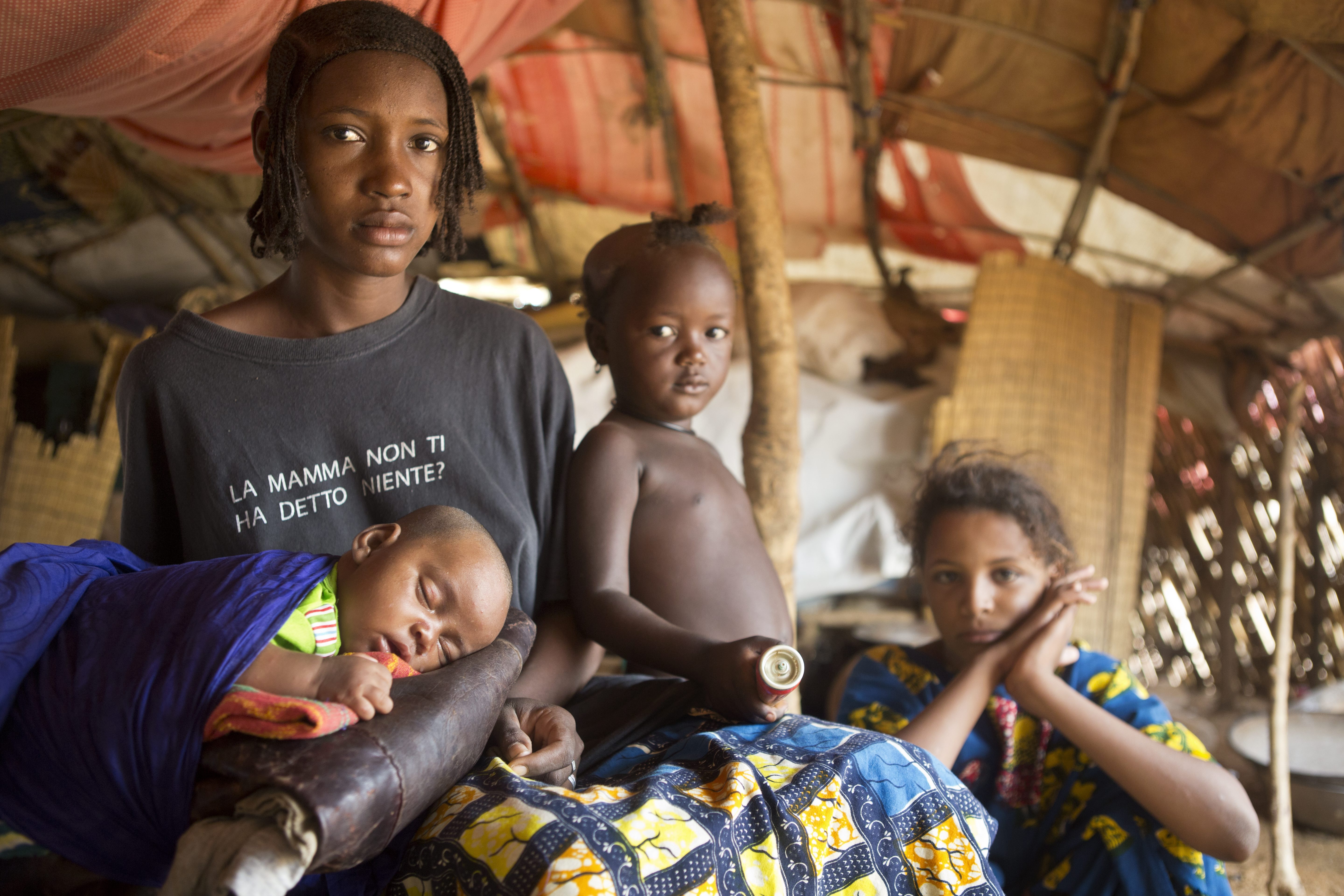 Does South Africa - despite the falling numbers - remain the largest recipient of asylum seekers in the world?

The primary source of the claim appears to be a page on the website of the United Nations  refugee agency, UNHCR, setting out their 2013 “country operations profile” for South Africa . It states that “[t]he country continues to be the recipient of the highest annual number of asylum applications worldwide, with 106,904 applications in 2011”.

The 2012 UNHCR Global Trends Report suggests that for the six years prior to 2012, South Africa was the “leading destination country of new asylum-seekers”. In 2011, for instance, the report states that South Africa’s Home Affairs department recorded 106,900 new asylum applications. It was a significant drop from the 2009 peak of 222,300 claims.

More than 778,000 new asylum applications were registered with South African authorities between 2008 and 2012. Figures supplied to UNHCR by the department of Home Affairs indicate that close to half-a-million asylum applications came from Zimbabwean citizens, fleeing political violence and economic instability.

But the Global Trends report contradicts the UNHCR website’s claim that South Africa “continues” to receive the largest number of asylum-seekers worldwide. “For the first time since 2006, South Africa was not number one host of new asylum-seekers. Instead, the United States of America topped the list [in 2012] with an estimated 70,400 new asylum claims registered during the year.” It was followed by Germany with 64,500 asylum claims, South Africa with 61,500 and France with 55,100.

Since the UNHCR figures for South Africa originate with the department of Home Affairs, it would seem to be the end of the issue. South Africa, as far as UNHCR is concerned, no longer receives the highest annual number of asylum applications. 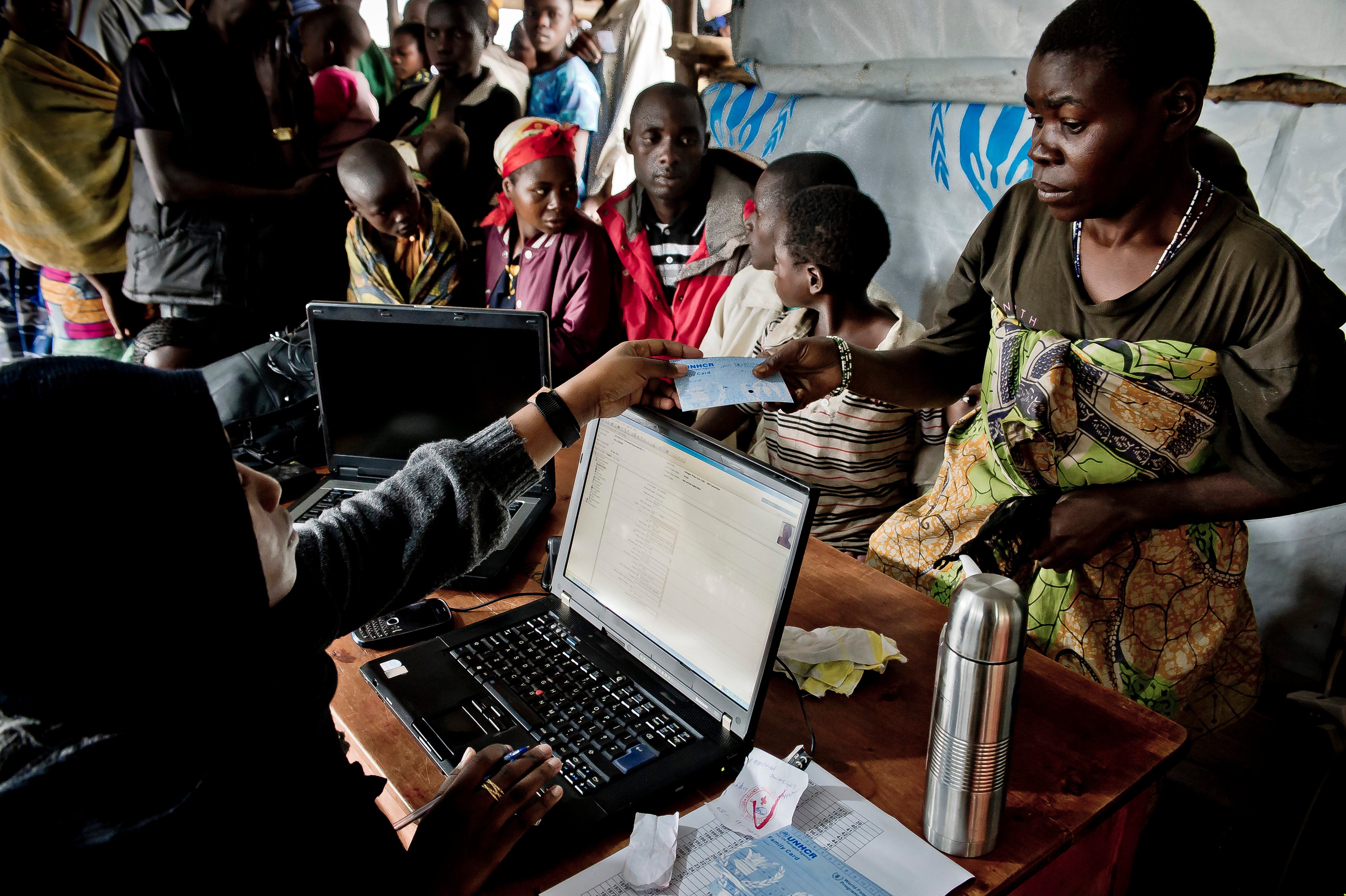 However, both Pandor and Chohan have publicly contradicted the numbers. In a television interview last month, Pandor said: “In South Africa there has been a decline in the number of asylum seekers. In around 2010 we were receiving annually over 240,000 applicants and in 2012, this number somewhat declined to around 78,000...”

Addressing South Africa’s National Assembly in May this year, Chohan stated that she was “pleased to announce an overall decrease in the number of asylum seekers”. In 2010, she said, 185,918 applications were received.

“You can be pretty sure the numbers aren’t accurate,” said Landau. “It is a total mess. UNHCR are totally reliant on what Home affairs gives them as they don’t have any independent monitoring systems.”

Landau said there has been a “tendency” within Home Affairs to “exaggerate immigration numbers to justify more restriction”. He added that the discrepancies in the figures “may also be because UNHCR might be reporting on older figures.. and that Home Affairs is working on newer estimates”.

(Note: Before this report was published Africa Check had approached Home Affairs spokesman Ronnie Mamoepa in an attempt to gain clarity on the numbers. Our questions were then referred to Jackie McKay, the department’s deputy director general from immigration services. McKay told us the questions had been sent to Chohan’s office. We have yet to receive a response.)

Conclusion: The data is contradictory and inconclusive

Until more accurate data is published, it is impossible to tell whether or not South Africa remains the largest recipient of asylum applications worldwide. The UNHCR figures seem to suggest that it no longer does, but the UNHCR does not have the resources or the necessary access  to independently monitor the numbers of asylum applications  and is dependent on South Africa’s home affairs department for its information.

Judging from the contradictory figures cited by Pandor and Chohan, it would seem that the department does not have accurate records for the numbers of asylum seekers. Worryingly, it suggests that both the department and UNHCR are using flawed and inaccurate numbers as a  basis for policy decisions and planning affecting large numbers of asylum seekers in South Africa. [Last update: 6/5/2015]

Does Nigeria have more cases of female genital mutilation than most other countries?