If the reports emanating recently from Tanzania, Swaziland, Zambia and Zimbabwe are to be believed, yesterday could have been the last World AIDS Day ever. Clinics will soon be able to stop dispensing treatment, UNAIDS can pack up shop. We now have all the tools to solve the HIV crisis.

Take Tanzania’s Daily News. It reported last month that researchers are considering whether they should declare a herbal treatment known as Tashack to be a cure for HIV after it has shown to reduce viral load and improve immunity.

Or in Zambia, a doctor who claims his herbal formula, Topvein, is 99% effective for the treatment and cure of HIV and is available online, both there and in Zimbabwe. At the same time, The Times of Swaziland has reported that a herbal product recently introduced to the country called 3H can make people with HIV “well” within three months.

Is there any basis to any of these claims? Africa Check looked into the evidence on three herbal products being promoted as effective HIV interventions. This is what we found.

The long search for a cure for HIV 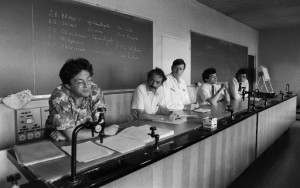 Let's begin at the beginning. Virtually since the HI virus was first identified in 1983, the scientific community has been labouring tirelessly to try and understand how the virus works and find a way of preventing if from wrecking havoc on the human immune system.

To date, no vaccine or cure has been found but immense strides have been made in developing effective treatment. Currently antiretroviral drugs are the only known and proven treatment for HIV infection. They work by lowering the concentration of the virus in the blood, thus allowing the body to restore and maintain healthy immunity.

By preventing the onset of full-blown AIDS, antiretroviral treatment has significantly increased the life expectancy of people living with HIV. It is also used to prevent the transmission of HIV from a mother to her child and a course of drugs taken directly after exposure can significantly reduce the risk of becoming infected; an intervention with important implications for needle stick injuries, rape, or other unintended exposure.

The importance of testing 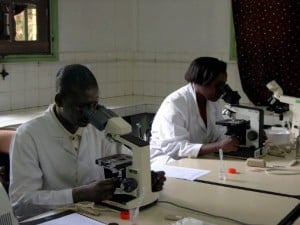 Before they could be distributed to the public, these ARV drugs were subjected to rigorous testing and scrutiny. The process typically involves four stages:

First it must be deemed safe by being tested on a small group of healthy volunteers. Only then will it be given to a larger group of ill people (up to 300) to determine if the treatment actually has any effect.

If the results are positive, the third stage is to measure impact on a larger scale--usually at more than one research site, involving thousands of participants (though the process is slightly different for HIV vaccine trials). And if proven effective, a marketing license is issued and the treatment can be dispensed. Finally, in a fourth stage, studies will continue to monitor longer-term effect and record any side effects.

The findings of clinical trials are usually, though not always, published in academic journals. There is mounting international pressure to make all findings emanating from clinical trials publically available.

Some progress - but no vaccine, no cure  yet

Thus far, only antiretroviral drugs have successfully passed stage three. No vaccine and nothing in the way of a cure have been proven to work effectively enough to be recognised as a viable HIV intervention. This has not been for a lack of trying. The search for an end to HIV infection is a global quest, reflected in the continued allocation of research grants to this end.

Now, in the fourth decade of the HIV epidemic vaccine researchers say they are making progress, and scientists are gaining ground.

The press keeps a very watchful eye on the race to find a cure. It has recently been announced that researchers at five UK Universities will commence a small study early next year to trial a possible HIV cure. Note: these stories were about researchers beginning a trial that they think might have a positive outcome, the results of which will only be revealed in 2017. The fact that we know this much about this early step at this stage shows how unlikely it is for a real tested cure to slip through the cracks, as some claim. That no major news organisations have reported the claims made for Topvein, H3, or Tashack is an indication they are not at that stage.

In the meantime, there are a few red flags that can help set apart the science from the pseudo-science.

A lot of hot air - no proof and misleading associations 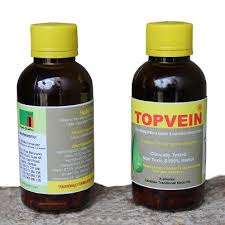 All three “treatments” investigated by Africa Check have a certain veneer of credibility.

Topvein’s champion claims it has been “clinically and scientifically” tested by Zambia’s ministry of health, “through the National AIDS Council in Zambia, South Africa and China”. Tanzania’s National Institute for Medicine Research has apparently engaged the Council for Scientific and Industrial Research (CSIR) of South Africa, the University of Basel in Switzerland and “TNO of Netherland” in its research on Tashack. And herbal formula 3H was reportedly "developed and researched by a team of German scientists and doctors".

This might sound impressive at first glance but means nothing, as is often the case. Having a treatment tested is not the same as having proof that it works. How it is tested and by whom is key. For example, the key ingredient in Topvein, mayenanin, was indeed tested by the Zambian National AIDS Council, but on a mere 11 participants. This is insufficient to meet proper standards. And the promoters' claim that clinical trails were conducted in China is even more dubious. The two studies supplied as proof concern the effect of a protein isolated from a bean on an HIV enzyme in a lab-setting and an analysis of the chemical components of seeds found in Nigeria. What would count as real proof are properly randomised, controlled trials testing on humans.

Instead, the main "evidence" promoted by the sellers of these products is formed of unverifiable 'testimonials' from people who report or claim to be progressing “very well” and praise the promoters.  According to Mumcy (not her real name), 3H is “far better than other medications”. The testimonials scrolling across Topvein’s site are glowing: “You are very honest people...”, “It works, it works it works!!!”, “I was very sceptical...but I thank God that I followed my gut...” etc.

Advertisement of these products can also be deceptive in other ways. The 3H website tries hard to look “sciencey” with an animated double helix. In its news section, an article from the BBC on Dr Luc Montagnier’s Nobel Prize, tries to add further legitimacy. Topvein has taken a similar tack, posting legitimate HIV news and science alongside its promotional material, even furnishing its website with a revolving banner featuring pictures and quotes from personalities who are recognised world-wide: Nelson Mandela, Barack Obama, Bill Clinton and Nicky Minaj, thrown in for popular appeal.

If this is not enough to raise the alarm, there are other inconsistencies that should. Among the few bits of text on 3H’s website is something that reads like a disclaimer: “3H is not a pharmaceutical product or a medicine”. Then why take it at all? As for Tashack, its champion Dr Malebo said it was “too early to compare its effectiveness with that of the ARVs currently in use”. Sound suspicious?

Earlier this year a news report erroneously inflated the significance of a Danish study, with a headline reading: “Scientists on brink of HIV cure”. The researchers were quick to reply: “We are not”.

Similarly, the leaders of the UK study mentioned earlier that will start looking into a “potential HIV cure” in 2014 are careful to mention that they are not trying to find a cure per se, but instead want to reduce the number of HIV-infected cells in patients.

Despite the media’s hankering for a sensational, breakthrough-story, researchers are typically careful not to be overly optimistic about their studies or to oversell their findings.

Those promoting a product tend to do the opposite. “We declare it the most potent cure of HIV/AIDS”, is what Dr Malebo, Head of Department of Traditional Medicine at Tanzania’s National Institute for Medicine Research, had to say about herbal product Tashack.

When sales are a motivation 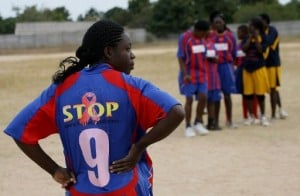 One of the key differences between the scientifically-tested antiretroviral treatment and unproven herbal products of the type we have checked is that the herbal products are usually being sold to the public—often at high prices.

Yet antiretroviral treatment is now widely available for free. Even though researching and initially producing HIV treatment was extremely expensive, there is unanimity that universal access to free treatment is a fundamental step to redressing the epidemic. This is why donor governments are contributing over US $7 billion a year to supporting HIV programmes. This is not something they would do if they did not believe that making antiretroviral treatment available for free is the most effective medical intervention currently available. 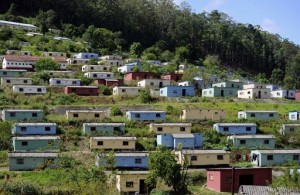 It is not possible for any organisation, be it Africa Check or any other, to chase down every claim made of an HIV 'cure'. In medicine, the burden of proof lies with those promoting a product or service. That process, outlined above, is very clear and to this point has not been done with the claims made for treatments in Tanzania, Zimbabwe, Zambia and Swaziland.

There is no proof that any of these treatments work. Should a herbal product ever be found to be effective, it will receive far wider recognition and acknowledgement than the scant coverage allocated to the products discussed here. And it will almost certainly be made available for free.

Quacks are renowned for pitching their work to the press rather than a community of scientific peers. Taking these statements and sales pitches at face value and reproducing them in the media without question is not journalism. More seriously, by passing off misinformation like this as the truth, people desperate to find their way back to health may end up making the wrong decisions.