Treating diabetes. Not easy as pumpkin pie. The Zambian Eye is misleading its readers

While research does indicate that elements in both may make them useful in the management of diabetes in the future, there is no proof including them in their diet will offer diabetics any particular benefit. If there were, the International Diabetes Fede

Zambian Eye
This article is more than 8 years old

“Health Insights: Two super foods for Diabetes” ran the headline of an article on Zambian Eye last Friday. Pumpkins and tamarind, the pod-like fruit of the tamarind tree, can be used to "beat diabetes", a potentially fatal disease affecting increasing numbers of Africans, the report said.

According to the article, certain nutrients in pumpkin can regenerate insulin-producing cells in the pancreas, “lessening or possibly eliminating” the need for insulin injections for both type 1 and type 2 diabetes.

Tamarind, it added, has the “outstanding ability to quickly stabilise blood sugar” and can ensure “adequate supply of insulin” by increasing the size of the cells in the pancreas that produce insulin.

Does the science support these claims? Can diabetics really look forward to swapping their insulin for a daily serving of pumpkin and tamarind? And can healthy eating alone, as the article would have us believe, “overcome lifestyle related diseases”? 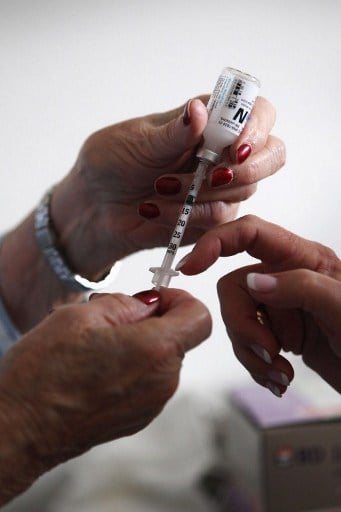 People with type 1 diabetes produce very little or no insulin at all—the hormone that regulates blood glucose. The condition usually develops in children or young adults.

There is as yet no cure for type 1 diabetes. The World Health Organisation recommends life-long daily insulin injections. The International Diabetes Foundation warns that “if people with type 1 diabetes do not have access to insulin, they will die”.

Type 2 diabetes is far more common, accounting for up to 90% of all cases of diabetes. It is more likely to set in during adulthood and relates to the body not being able to use insulin properly or producing relatively low amounts of insulin.

Type 2 diabetes is often referred to as a “lifestyle disease” and is strongly associated with obesity, decreased physical activity and an unhealthy diet. Treatment is largely focused on reversing these. Most patients can control their blood sugar through careful monitoring but may later need to take medication.

What does the research show? 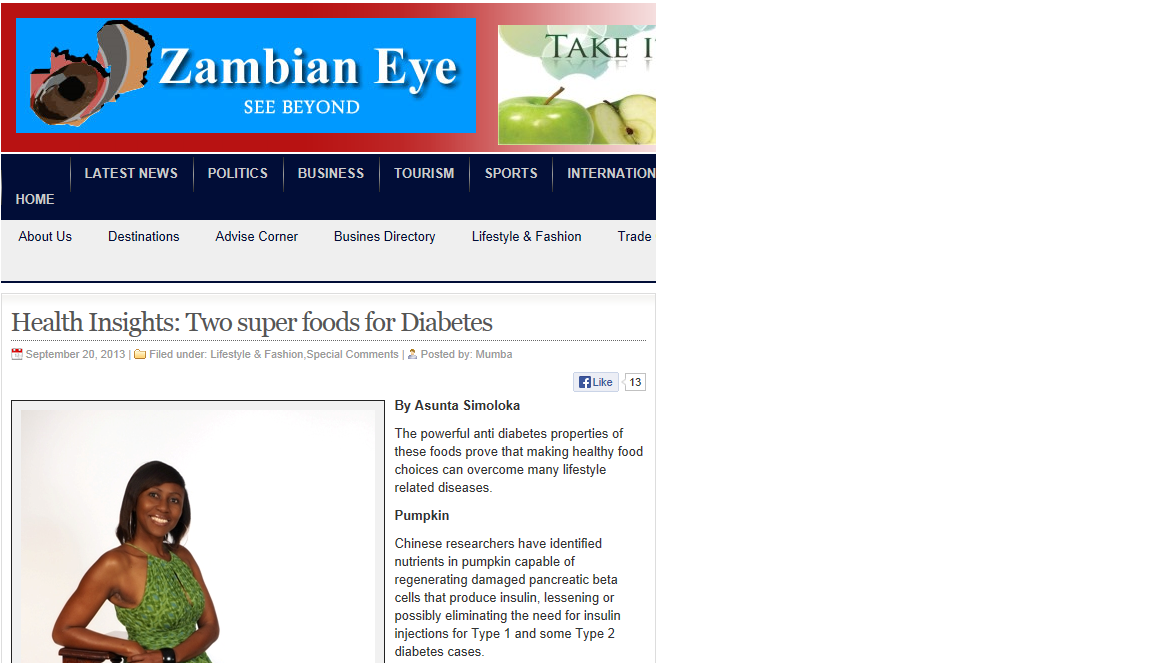 For some years, both pumpkin and tamarind have been used as herbal remedies for diabetes. This has made both the subject of scientific investigation to establish if and how they might work.

A review of the preliminary studies conducted in animals up to 2011 concludes that pumpkin has the “potential to act as anti-diabetic medicine”. This more recent study on the effect of different bits of the pumpkin on the blood glucose of mice shows there is continued interest in the subject. And although there is less research on tamarind, a 2012 study reports that tamarind extract improves blood sugar regulation in rats.

The research on both pumpkin and tamarind has been primarily conducted on rats and other mammals and it tested the effects of extracts or compounds isolated from pumpkin or tamarind—usually demanding a complex procedure.

These findings will first need to be successfully reproduced in humans before either can be considered a viable treatment. Once proven, the research will most likely be used for the development of more effective herbal treatments for diabetes, containing isolates or concentrates of pumpkin or tamarind.

So not a recognised treatment for humans 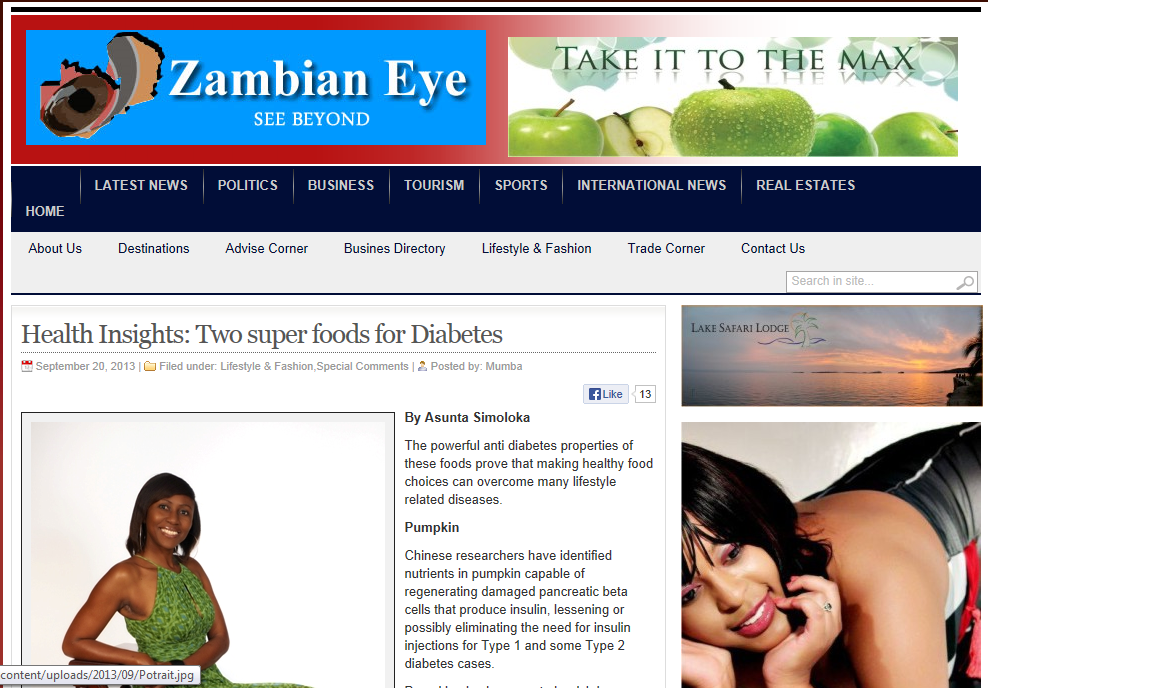 The International Diabetes Federation is associated with over 200 organisations across 160 countries, representing the interests of people living with diabetes.

A spokesperson told Africa Check the federation: “does not recognise pumpkin or tamarind as particularly beneficial in the management of diabetes” and as such does not feature it in their guidelines.

According to HealthLine’s drug database, “due to a lack of available human clinical trials, there is insufficient evidence to recommend tamarind for the treatment of diabetes”.

In 2008 the American Food and Drug Administration issued a warning to a retailer of a pumpkin product, stating it was not “generally recognised as safe and effective”. The seller was quoting the research conducted on rats as “proof” that his product could treat diabetes.

Lifestyle, not just diet, is important

In addition to touting their supposed anti-diabetic properties, the Zambian Eye article goes on to list a number of additional benefits of eating pumpkin and tamarind. Some – like the claim that their fibre is “a magic nutrient for melting belly fat” – deserve entire investigations of their own.

Those questionable statements aside, the article also makes the sweeping statement that “making healthy food choices can overcome lifestyle diseases” and concludes: “Surely, you can beat diabetes.”

In fact, there is convincing evidence that making lifestyle changes can prevent type 2 diabetes. A healthy diet forms part of this.

However, a number of other changes are also necessary to stave off diabetes such as losing excess weight, increasing physical exercise, quitting smoking, getting the right amount of sleep and managing stress better. And, as yet, all research indicates that type 1 diabetes cannot be cured and type 2 can at best only be managed.

Conclusion – treatment for diabetes is not so easy 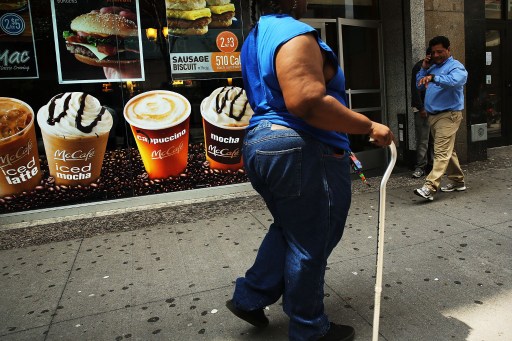 Sadly for the pumpkin and tamarind sellers, therefore, there is no evidence to support the claim that these are “super foods” that will enable diabetics to beat the disease, as this article claims.

While research does indicate that elements in both may make them useful in the management of diabetes in the future, there is no proof including them in their diet will offer diabetics any particular benefit. If there were, the International Diabetes Federation would certainly feature both in their guidelines.

Like any quack cure, this article sells false hope while withholding vital information. In this case this is that, even if it does not offer a cure, making an overall lifestyle change can help prevent people developing a potentially debilitating chronic condition.

The World Health Organisation estimates that the number of diabetes related deaths will double between 2005 and 2030, making it the seventh leading cause of death globally. At present, around 5.2% of Zambians are living with diabetes. Advising readers to get active, lose weight and eat healthier may be a less snappy message. But with a growing disease burden, it is a much healthier one. It also avoids offering false hope to those with diabetes today.

While research does indicate that elements in both may make them useful in the management of diabetes in the future, there is no proof including them in their diet will offer diabetics any particular benefit. If there were, the International Diabetes Fede