The unofficial ‘cures’ offered to date for Ebola are simply hoaxes

Will bathing in hot water and salt save you from Ebola? Or eating kola nuts? Perhaps a homeopathic solution concocted from rattlesnake venom? These are some of the claims that have gone viral as the death toll exacted by the Ebola virus in West Africa has mounted in recent weeks.

The latest treatment that has social media abuzz is a substance called nano-silver. The Nigerian government received a donation and considered administering the substance to patients.

But are these in fact cures, palliative treatments or simply hoaxes? A number of readers asked us to check the claims. 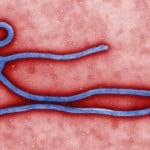 Ebola is an often deadly virus which claimed its first known victims in 1976 in what is today the Democratic Republic of Congo. Since then, outbreaks have primarily been confined to central Africa but in February 2014, a new outbreak was found in the southeastern forests of Guinea. And since then it has spread to Liberia, Sierra Leone, and more recently Nigeria.

As of 6 August 2014, the World Health Organisation declared the oubreak an “international health emergency”. On 28 August the agency announced a road map to stop transmission of the disease within nine months, expecting the number of cases to rise to 20,000. It estimated that at least 750 international and 12,000 local health workers would be needed.

Is there a cure?

As yet, there is as yet no known cure other than time and the immune system. As the science writer David Quammen, who has investigated the origins and spread of the virus, writes RNA viruses such as Ebola “produce acute infections, severe for a short time and then gone. Either they soon disappear or they kill you.”

Currently, researchers are working on a vaccination, with pharmaceutical company GlaxoSmithKline hoping to start clinical trials in humans in the next few weeks. An experimental drug, Zmapp, given to two American missionary workers is also raised hopes and on August 12, the government of Liberia announced it was getting doses of the drug.

The WHO said "evidence of their effectiveness is suggestive" and will hold a meeting in Geneva early September to discuss ways to expedite clinical trials and speed up the manufacturing of the most promising treatments.

But, for now, there is no known cure.

What about 'cures' and 'treatments' offered online? 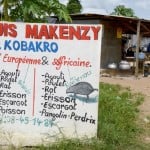 In Nigeria a rumour was spread online and via a BBM message that bathing in warm, salty water was an effective treatment.

"Please ensure that you and your family and all your neighbours bath with hot water and salt before daybreak today because of Ebola virus which is spreading through the air," the message read.

A Twitter user from Lagos relayed another version of the rumour: “Mum got this text msg. ‘Take Your Bath With Dettol, Salt & Hot Water Before 7am 2day, Ebola Is Now Air-Borne 4 More Text EbolaNews to 35777’ ”.

Earlier, Nigeria’s The Sun newspaper reported that “a plant has been found to halt the deadly Ebola virus in its tracks in laboratory tests”. They were referring to kola nuts. But the story was simply a recycled BBC report from 1998 which reported on research at that time suggesting that extracts from kola nuts might offer a solution. Medical groups and Nigeria's Federal Minister of Health later refuted the claims.

A popular blogger also outlined a number of what he described as homeopathic "remedies" that were "highly effective in epidemics", telling readers "you will find the means to help you survive an Ebola virus infection" on his blog.

After reviewing nano-silver the Nigerian government withheld approval because the substance did not meet basic research requirements to show efficiency. At the University of Michigan's Risk Science Center its director, Andrew Maynard, evaluated the research on nano-silver to date and concluded:

"Even if there was proof that silver nanoparticles are effective in humans in suppressing viral activity (and there is not), there are critical questions over dose and delivery [...] There may be future treatments for infectious diseases that use nanoscale silver and other engineered nanomaterials. But this does not seem the time to be cynically jumping on the Ebola bandwagon to promote products that may offer false hope, but little else."

As we have explained in a factsheet on Ebola, the disease is definitely not airborne. It is spread through direct contact with the blood and secretions of an infected person, or an object that has been contaminated with bodily fluids, such as a hypodermic needle.

And, as yet, there is no known cure for the virus and the cures being touted online and in newspapers are little more than cruel and unethical hoaxes.

Given the seriousness of the outbreak, it is important that people are not misled. On August 12, Nigerian press reported that two people had died, and 20 been hospitalised, after drinking excessive amounts of salt water in an attempt to ward off Ebola. If readers see any additional fake 'cures' or treatments proposed, please get in touch, and we will update this report.

No evidence that ewedu plant concoction can cure Ebola