Published on 28 January 2014
No accurate international rankings exist and definitions vary widelyClaims that South Africa, the Democratic Republic of Congo or even India can lay claim to the unwanted title of "rape capital of the world” have been doing the rounds for well over a decade.

Five years later, a South African Press Association article carried on the News24 website stated the claim as fact, but did not attribute it to a source.

In 2013, a Reuters news agency story described South Africa as “a country long known as the ‘rape capital of the world’”.

A quick Google search of the phrase picks up articles published by the Mail and Guardian, MSN, Al Jazeera, The Washington Post, Eye Witness News, Sky News, the Sowetan and the Open Society Initiative for South Africa, among numerous others.

In most instances, no evidence or data is provided to back up the claim. Many articles simply repeat claims made in other media.

How many rape capitals? 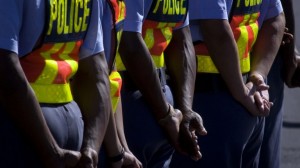 Of course, South Africa is not the only country branded in this way.

In 2013 the United Nations News centre reported that “UN agencies estimate that at least 200,000 women have been raped in the [DR Congo] since 1998, and eastern DRC has been described by one former senior UN official as the ‘rape capital of the world’”. Africa Check was unable to immediately establish how the UN agencies arrived at the estimate.

An earlier CNN report purported to explain why the eastern DRC is the rape capital of the world. And both Al Jazeera and The Guardian have published articles containing the claim.

Others have made the same claim about India. In February 2013, China’s state-run news agency Xinhua, for example, reported that “Delhi is called the rape capital of the world”.

An American women’s magazine subsequently questioned this, suggesting that while India is the world’s second most populous country, it ranks third in terms of the number of rapes recorded. The United States, it said, ranks first. 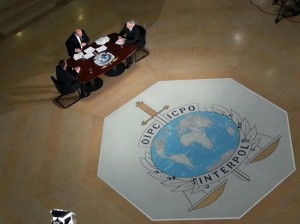 A good example of the way these claims are made is an article on The Atlantic website which states that South Africa is “sometimes called the rape capital of the world”. In support of that statement, the article links to a post on the multimedia section of South Africa’s popular News24 website which is headlined: “SA named world rape capital”.

The News24 post contains a video clip embedded from the YouTube channel of the South African Broadcasting Corporation.  The clip, first broadcast in April 2012, is an SABC News report which begins with a voiceover stating: “Interpol says South Africa is the world's rape capital”. But the report offers nothing to support the claim and nobody from Interpol is interviewed or quoted.

South Africa certainly has frighteningly high levels of rape, but does Interpol really regard it as the world’s rape capital?

Aside from the SABC and News24, the provincial government of South Africa’s Western Cape province believes so.

In November 2013, to mark a campaign protesting violence against women and children, it issued a press release categorically stating that “South Africa is labelled by Interpol as the ‘rape capital of the world”.

We contacted Interpol. They denied making the claim.

“We have previously contacted SABC to request a correction in this regard, and will do so again. Unfortunately, these false reports have been repeated by various media, without verification with [Interpol],” an Interpol spokesman told Africa Check by email. 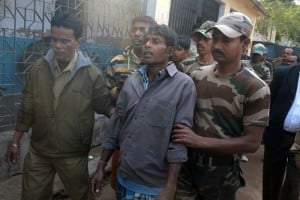 To make a fair comparison of the prevalence of rape in different countries, it would be necessary to compare like with like.

However, differing legal definitions of rape, under-reporting of rape and sexual assault, and different recording methods hamper international comparisons. A number of these difficulties were highlighted in a Foreign Policy article and in previous Africa Check reports on crime.

The first stumbling block is that legal definitions of rape differ from country to country.

South African law states that any person who unlawfully and intentionally commits an act of sexual penetration with another person without consent is guilty of the offence of rape. Because of this broad definition, South African law recognises the rape of men and boys. Many other countries, such as India and Singapore do not.

And in South Africa spousal rape is a crime at any age, but in India it is not illegal unless the woman is younger than fifteen, while in Singapore a man is only guilty of marital rape if his wife is living away from him.

Different definitions of rape mean any international rankings will be fundamentally flawed. 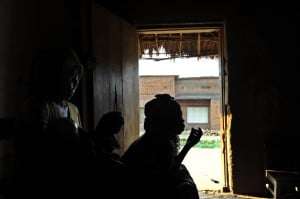 In addition to different definitions, countries have different methods of counting and recording rape.

In the United Kingdom, for example, if two men push a woman into a bedroom and both rape her, it will count as one crime with the offenders acting together.

However, in South Africa, each act of penetration is a separate crime. “The law is very straight when it comes to counting rapes. Each and every penetration should count as a rape,” Chris de Kock, a crime analyst, consultant and retired South African police major-general, told Africa Check. 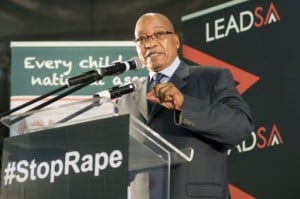 For comparisons to be valid, the countries would also have to have similar levels of the reporting of rape.

It is an accepted fact in most countries that rape statistics are not an accurate reflection of the actual number of rapes that take place. A large proportion of rapes go unreported.

But the rate of under-reporting varies from country to country.

In January 2014, the UK Statistics Authority stripped UK police statistics of their official status, following claims that the Metropolitan police had been under-reporting sexual offences by as much as 25 percent.

Given these variables “no international comparisons will be accurate,” Lizette Lancaster, manager of the Institute for Security Studies crime and justice hub, told Africa Check.

Conclusion: The available data is unreliable

The claim that various countries, including South Africa, the Democratic Republic of Congo and India are “the world’s rape capital” has been published and republished by national and international media many times, without any attempt to verify the accuracy of the claim.

In some instances these claims are intended honestly, to sound the alarm over unacceptably high levels of rape. In others, they appear to be made for partisan purposes.

However, while the statistics remain as they are, all such labels are meaningless. Differing definitions of the crime, different methods of recording incidents of rape, and different levels of under-reporting of rape and sexual violence of all sorts make such international comparisons impossible.

For authorities, the police and society at large to actually tackle the very real problem of rape and sexual violence, wherever it takes place, better data is needed in most countries. Only then, and only if the methods of collecting that data are the same, would meaningful comparisons be possible.

Education in northern Nigeria faces many hurdles. But did the international development lender accurately capture the scale of the problems?

After a boy with down syndrome was shot outside his home, claims about the actions of South Africa’s police force have appeared online. Is, ...