Matric pass rate means education is on the right track

For the fifth year in a row, South Africa’s education authorities have announced dramatic improvements in the matric pass rate.

“[W]e are sending a strong message that basic education under the new administration has the capacity to improve the quality of education in South Africa,” Angie Motshekga, the Minister of Basic Education, said this week as she made the announcement. 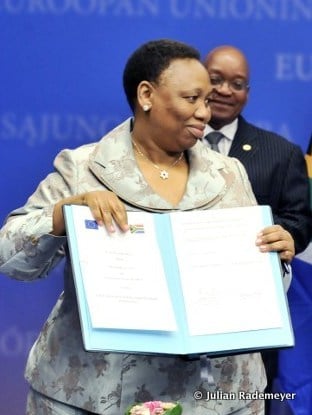 Others have been far less complimentary.

In a scathing opinion piece, Jonathan Jansen, the vice-chancellor of the University of the Free State and a prominent commentator on education, wrote that the country’s education system was a “massive fraud”.

Government “wrongly, but conveniently” used the matric results as “a barometer of the state of the school system” when all other data “reveal we have been stagnating, or doing worse”, Jansen argued.

The opposition Democratic Alliance has called on Motshekga to “institute a full-scale independent audit of the 2013 results”, citing concerns over the quality of the markers, the process of moderation and the high dropout rate.

‘On the right track’

While conceding that there is “still a lot of work that needs to be done”, Motshekga remains adamant that education in South Africa is on the “right track”.

Addressing a business briefing hosted by The New Age newspaper, Motshekga said that the pass rate - which has improved from 60.9% in 2009 to 78.2% in 2013 - is “an indication that indeed the system is on the right track”.

She also claimed that “[t]here is overwhelming evidence that we are improving learner performance”.

Is the system really on the right path? And has the quality of education in South Africa improved along with the pass rate?

Minister contradicted by her own department 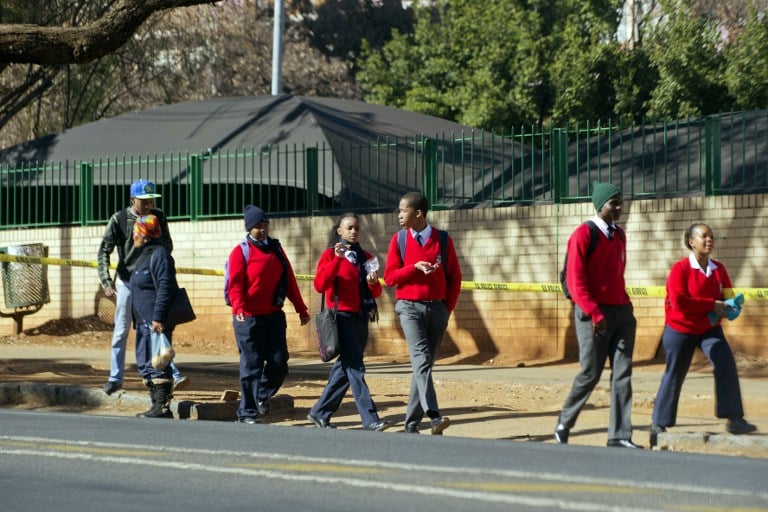 For starters, Motshekga’s claim that the increase in the pass rate “is an indication that indeed the system is on the right track” is contradicted by her own department.

The department of basic education states on its website that “[c]ontrary to popular belief, the matric pass rate on its own is not a good measure of academic achievement in the schooling system, nor was the pass rate ever designed for this”. Rather, the pass rate serves as a “measure of the opportunities open to our youths”.

It goes on to add: “Comparing pass rates in different years is in fact not like comparing apples to apples… Examinations like our matric are simply not designed to compare the performance of the schooling system across years. They are designed to test whether the individual learner qualifies for a certificate, based on the subjects the learner has chosen.”

The department suggests that “[i]f one wants to compare how well the system is doing, one should turn to testing systems like the international TIMSS and SACMEQ programmes, where South Africa has participated for some years.”

A further flaw in using the matric pass rate as a barometer of national performance is that thousands of school pupils drop out of the system or take more than 12 years to reach matric.

An analysis by Stellenbosch University education economist estimated that just over 50% of young people manage to obtain a matric pass.

“[The pass rate] doesn’t tell us about the large number of children who didn’t make matric, who didn’t pass grade ten, who didn’t pass grade 11 and who failed at grade 12,” says Mary Metcalfe, former head of the Wits University School of Education and a former provincial government minister for education in South Africa’s Gauteng province.

Whether as a result of school pressure or individual choice, pupils are increasingly taking easier subjects.

The department of basic education acknowledges the impact this has on the final pass rate. “A key factor is the spread of learners across subjects. When this changes, the pass rate can change, even if performance in individual subjects remains the same. In particular, if learners move to easier subjects, more learners pass.”

This skews the average, and does not present a true reflection of the mean for most pupils. This point was also highlighted in Jansen’s criticism of the matric results. “[I]f you removed the top 20% of schools – mainly former white, privileged schools – from the national averages, then a very dark picture emerges of a mainly black and poor school system performing far below what the combined results show,” he wrote.

The improvement in the matric pass rate is good news for those concerned, but it is not a sign that the “system is on the right track”, nor that the quality of the education system is improving. An Africa Check report looking at claims made about the 2012 matric results came to the same conclusions.

The results only account for about half of those who entered school together. South Africa’s high dropout and repetition rates mean that many young people will never get the chance to write their matric examinations, let alone pass them.

Matric pass rate means education is on the right track