Wrapping up the State of the Nation

South African President Jacob Zuma gave his seventh State of the Nation speech this week. Coming just months after his pre-election address, it marked the beginning of his new term in office.

This time, Africa Check fact-checked the speech live on Twitter and then focused attention on a number of very specific claims made by the president and by other politicians in the parliamentary debate that followed. Below are some of our most talked about Spot Checks. 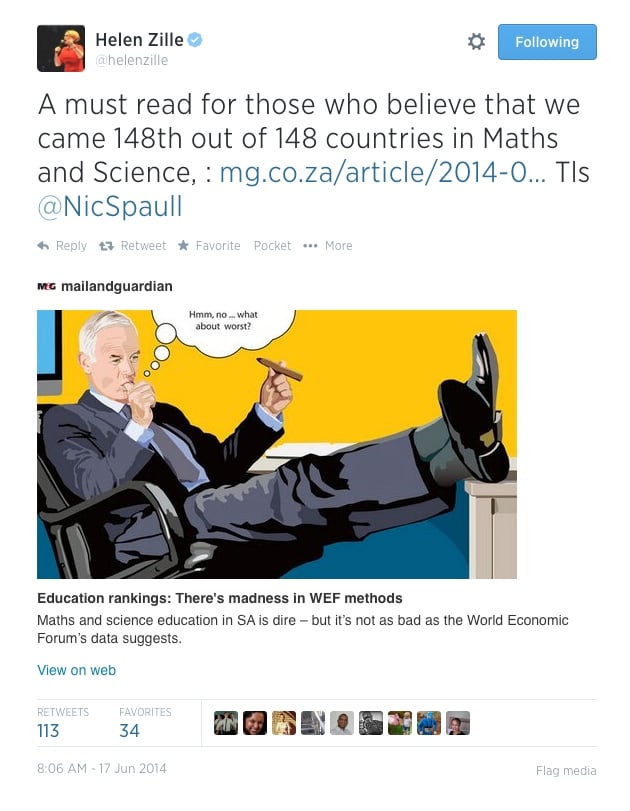 Zuma claimed that his government had “opened at least one new school a week in the Eastern Cape [province] last year”.

But the claim – which stems from a public relations drive by the country’s Department of Basic Education - is untrue.

An Africa Check investigation into the department’s “one school a week” campaign revealed that education officials had staged ceremonial school “hand-overs” months after many of the schools had actually opened their doors. In one instance, a school had been open for a full year before a formal opening ceremony was held. And at least two schools were declared “open” even though construction had not been completed.

By scheduling ceremonial openings to take place week after week, the department had created the misleading impression that it was opening a new school a week.  In reality, many schools promised by Zuma in the Eastern Cape had failed to materialise.

At face value, Zuma’s claim would also seem to suggest that 52 schools were opened in the Eastern Cape last year. But that is not the case. The campaign only got off the ground more than halfway through the year. And an official schedule published at the time indicated that 19 schools would be “handed over” by November.

Zuma's claim that government opened "at least one new school a week in the Eastern Cape" in 2013 is false. Read the original Africa Check report here. – 18/06/14

Zuma also claimed  that “progress has been made in the past five years in reducing the level of serious crime such as murders.” The opposition Democratic Alliance responded that it was little more than  “political claptrappery”.

Speaking during the parliamentary debate on Zuma’s State of the Nation address, DA MP Dianne Kohler-Barnard said: “The truth is the murder rate went up last year, as did attempted murder, aggravated robbery, residential burglaries, fraud, car-jackings and theft from our motor vehicles. Stretching statistics from the past to try and twist today’s truth into a ‘good story’ is political claptrappery.”

In his speech on Tuesday, Zuma said: “Some progress has been made over the past five years in reducing the levels of serious crime such as murders, aggravated robberies, crimes against women, children and other vulnerable groups, but they remain unacceptably high. We will work to further reduce levels of crime.”

Who is correct? Zuma or Kohler-Barnard?

Last year Africa Check and the Institute for Security Studies published a detailed factsheet analysing the 2012/13 crime statistics. It found that “violent crimes that cause the most fear and trauma amongst the public” had increased in 2012/13. “For the first time in six years there is an increase in both the number and rate of murders and attempted murders,” it stated.

Incidents of murder increased from 15,609 murders in 2011/12 to 16,259 murders in 2012/13. Consequently, the number of murders increased from a total average of 43 murders a day to 45 murders per day. There were also increases in attempted murders, aggravated robbery, residential burglary, fraud, vehicle hijackings and theft from motor vehicles.

Kohler-Barnard’s statement was correct. She was also correct in stating that the president was “stretching statistics from the past” in order to tell a “good story”.

Averaged out over five years, the official crime statistics do certainly show an overall reduction in serious crimes, as claimed by the president. But his statement failed to mention the most recent 2012/13 crime statistics which – for the first time in six years – showed disturbing increases in violent crimes including murder, attempted murder, residential burglaries, aggravated robberies and vehicle hijackings. As a result, the president’s remarks on crime were selective and misleading. - 20/06/14

South Africa “is officially the worst country in the world for a child to learn maths and science”, the Democratic Alliance’s parliamentary leader, Mmusi Maimane, said in a Youth Day speech on 16 June.

This week, during the debate on Zuma’s State of the Nation address, Maimane repeated the claim: “How does the department with the biggest budget from our national fiscus, and the biggest budget in Africa, deliver the worst maths and science education on the entire planet?"

Stevens Mokgalapa, the DA’s Shadow Deputy Minister of International Relations and Cooperation picked up the refrain in his State of the Nation debate speech: “Just under three weeks ago the World Economic Forum released a study that placed our maths and science results at last in the world.”

Is there any truth to the claims?

Well, the World Economic Forum (WEF) report was not exactly a “study”. As Africa Check pointed out in a recent report, the rankings – which placed South Africa last out of 148 countries for the quality of maths and science education - were derived from an annual “Executive Opinion Survey” carried out by the WEF.

The opinion survey drew on interviews with various unidentified “business leaders” who were asked to score the quality of education in their various countries from “poor” to “excellent”. No standardised tests were conducted to assess the quality of maths and science education in schools.

Nic Spaull, a prominent education researcher, put it bluntly when he described the rankings as “subjective, unscientific, unreliable and lack[ing] any form of technical credibility or cross-national comparability”. (DA leader Helen Zille later tweeted Spaull’s article approvingly, stating: “A must read for those who believe that we came 148th out of 148 countries in Maths and Science.”)

There is sufficient evidence to make the case that South Africa’s education system facing a crisis. So why do senior DA politicians persist in using a discredited maths and science ranking – one that even party leader Helen Zille doesn’t believe – to support their argument?

The DA’s director of communications, Gavin Davis, has previously told Africa Check that the party “takes accuracy very seriously and we will gladly rectify any mistakes pointed out to us”. Will they do so in this instance? - 20/06/14

South Africa's new Human Settlements minister Lindiwe Sisulu claimed this week  that the delivery of houses to the poor in the Western Cape had fallen by more than a quarter since the opposition Democratic Alliance (DA) took control of the province in 2009.

Speaking during the debate on Zuma's speech, Sisulu claimed that housing delivery in the Western Cape had dropped by 30%.

It is not the first time she has made such a claim. In February 2014, during the debate on Zuma's pre-election State of the Nation address, Sisulu claimed: “The delivery of housing in the Western Cape [has] dropped by 25% since the DA took over. Statistics are there to show.”

Historical data of provincial housing delivery from 1994 up until the 2012/2013 financial year, which was provided to Africa Check by the Department of Human Settlements,  appears to support Sisulu's claim. An average of 17,925 houses were delivered each year in the Western Cape between 1994 and 2008.  Delivery in the province has dropped by around 24.5%.

While Sisulu’s claims were correct, it was misleading of her to cherry-pick the data to highlight the decrease in the Western Cape while ignoring decreases in ANC-controlled provinces. – 19/06/14

Claim that ANC has the 'mandate of 62% of all S. Africans' is false

Sisulu also claimed that the African National Congress won “the mandate of 62% of the people of this country” in the 2014 election.

In her address, Sisulu said that critics of the ANC “forget…that we…came here [to Parliament] on the mandate of 62% of the people of this country”. She then said: “When the President speaks, he speaks on behalf of 62% of the voters”.

Sisulu’s claim that the ANC has the mandate of 62% of all South Africans is false. South Africa has a population of around 53-million. According to the most recent national census, an estimated 31,4-million people are eligible to vote. Around 25,3-million people registered to vote in the 2014 general election. But only about 18,4-million ended up voting and the ANC garnered 11,4-million votes or 62%. This equates to 22% of all South Africans voting for the ANC or 36% of eligible voters voting for the ANC.