Here we take a look back at some of those reports and the types of inaccuracies we have encountered.

Over the past twelve months Africa Check has investigated the accuracy of a wide range of claims by public figures and institutions. Our aim is to raise levels of debate, correct misleading claims, point out errors of fact and, most importantly, to encourage accuracy.

We have picked apart dodgy data and research, debunked urban myths, investigated promises and claims by presidents and politicians, interrogated conspiracy theories, highlighted factual inaccuracies in media reports and straightened out spin. Many of our reports have resulted from your suggestions and tip-offs.

Here we take a look back at some of those reports and the types of inaccuracies we have encountered. 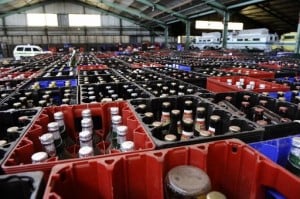 Many of the claims referred to us are little more than crude generalisations about people, countries and the African continent.

One of the most glaring examples this year was Time Magazine’s  claim that "Africa has a drinking problem". It was a sweeping generalisation that ignored a broad spectrum of drinking patterns and attitudes to alcohol on a continent made up of 55 internationally recognised states, with very different patterns of behaviour.

Then there were sweeping statements of the kind made by apartheid-era foreign affairs minister Pik Botha when he stated that South Africa’s education system is the “worst in Africa”. While the quality of schooling in South Africa certainly leaves a lot to be desired, the available data shows that it performs better than many sub-Saharan countries.

A popular Facebook post which suggested that South Africa is worse off now than it was 19 years ago also made several sweeping statements at once. The post claimed that ten times more people live in squatter camps in South Africa than in 1994, that the country has the most corrupt government in the world, that it has 1000% more illegal immigrants than in 1994 and that its roads, hospitals, railways, military and police have “literally fallen apart and are worth nothing anymore”.

Bad facts often develop a life of their own. Urban myths are lazily and unquestioningly recycled until they are assumed to be true.

This is the case with the persistent claim that 80% of South Africans regularly consult traditional healers and the claim that South Africa is one of only 12 countries in the world with tap water that is safe to drink. South Africa’s president, Jacob Zuma, has even trotted out the latter in a speech to diplomats.

One Africa Check report that created an unexpected stir was a piece debunking the oft-repeated myth that Johannesburg is the world’s largest man-made forest. “Gee. Thanks for killing the romance,” wrote one reader. Another responded with a lengthy, and fascinating, rebuttal, The Jo’burger who went up a tree and came down to a forest.

All too often this year we found that newspapers, news websites, magazines, radio stations and television channels were prepared to run surveys of questionable veracity, without questioning their accuracy

The media appetite for easily digestible numbers and snappy headlines was a boon to a Cape Town marketing research company which peppered the press with the results of their “cellphone surveys” of “South African youth” and received an extraordinary amount of publicity in return. But, as we reported, the surveys were not representative and the articles that resulted had very little merit.

There were headlines too when a little-known anti-drug organisation released a survey claiming that 1 in 3 South Africans are drug users and described the country as a “nation under siege” . “SA has lost the war on drugs,” read a subsequent headline. But, as we reported, the survey was fatally flawed.

Few reports we published this year generated as much controversy, or as much hatemail and as many threats, as our examination of claims that there is a politically-motivated “white genocide” taking place in South Africa.

In a lengthy piece published in June, we interrogated claims by a popular Afrikaans musician, Steve Hofmeyr, that white South Africans were being killed “like flies”, that a white farmer was certain to be “slaughtered every five days” and that the number of whites killed by black South Africans would fill a World Cup soccer stadium. The claims were grossly inaccurate.

We also investigated a claim that as many as 400,000 impoverished whites were living in squatter camps across South Africa. It was a claim that was given credibility by the BBC’s World Affairs correspondent, John Simpson, in a television report and an article published on the BBC’s website. But the claim was spurious. Census figures suggested the numbers were far, far lower and the organisations that had supplied Simpson with the figures admitted to us that they did not have any reliable data and had thumb-sucked the numbers. 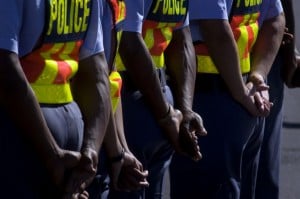 Are crime levels in South Africa up or down? How accurate are the official crime statistics? And are the numbers being fiddled? These are some of the questions we sought to answer in a series of reports, guides, factsheets and blog posts on crime and crime data in South Africa:

Guide: What you need about crime statistics in South Africa

Report: South Africa’s criminal cops: Is the rot far worse than we have been told?

Blog: The impact of under-reporting on crime statistics

Blog: Why it is more dangerous to be a farmer than a policeman in South Africa 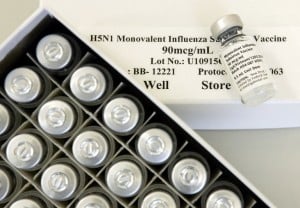 Quack cures, cynical cons and desperate delusions featured strongly in our health reports this year. There was the claim that traditional medicines in South Africa would be subject to stringent testing, claims that mole soup could treat a persistent cough, that dates and eggplants could help fight cancer and that teenagers were purposely falling pregnant to obtain social grants. All of them were false.

Media outlets also got it horribly wrong in their reporting.

Earlier this year, the Sowetan newspaper ran an article claiming that 28% of schoolgirls in South Africa are HIV positive. The report was picked up by news channels, agencies and newspapers around the world and continues to circulate to this day. But the claim was incorrect.

So too was the sensational Sky News report that pregnant women in the Eastern Cape were drinking heavily to deliberately damage their unborn babies in order to later claim disability benefits for the children. The report was entirely unsubstantiated.

The most destructive claims we investigated, however, stemmed from a seemingly endless stream of bogus Aids cures that offered nothing but false hope and an early death to those who fell for them. From Swaziland to Tanzania and Malawi, quacks and conmen cropped up to prey on the desperate.

False promises and politicians all too often go hand-in-hand.

There was South African president Jacob Zuma’s claim in his State of the Nation address that 98 new schools would be built by the end of March 2013. The claim was false. So too was his claim that 40 “mud schools” in the impoverished Eastern Cape province would be replaced with proper facilities. The African National Congress continues to claim, falsely, that 49 mud schools were replaced by the department of basic education by the end of 2012.

Another example is Justice Minister Jeff Radebe’s promise that 58 “dedicated” sexual offences courts would be operational in South Africa by September this year. In August that number was downgraded to 22. 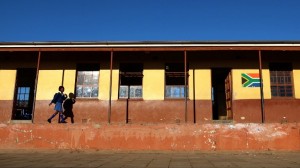 Spin. So much spin. You could be forgiven for thinking that politicians and “public relations practitioners” are incapable of saying anything without spinning the facts first.

There was spin that talked up performance, as so often happens before an election year. Even real achievements were spun unnecessarily to make them look better than they were.

There was the African National Congress’s claim that 36-million South Africans have been given access to proper sanitation since 1994. The claim was false. As was the claim by the leader of the opposition Democratic Alliance, Helen Zille, that “no one has to use a bucket [toilet] system in Cape Town”.

South Africa’s National Prosecuting Authority routinely lays claim to impressively high conviction rates. But, as we discovered, conviction rates are not a reliable or meaningful barometer of prosecutorial success.

Perhaps the most cynical example of spin designed to pump up performance was a highly publicised and grossly misleading campaign by South Africa’s department of basic education which purported to be opening “one school a week” in the Eastern Cape province.

Spin can also be used to play down problems or embarrassing gaffes. And often, what is left out is as important as what is included. In April, South Africa’s police minister, Nathi Mthethwa, told Parliament that police were facing R7-billion in civil claims stemming from accidents, assaults and shootings involving cops. What he left out was that a further R7-billion in claims had been rolled over from the previous financial year and that the real amount was a closer to R14,8-billion.

Then there were presidential spokesman Mac Maharaj’s desperate attempts to play down comments by Zuma that South Africans shouldn’t “think like Africans generally” and that highways in the country’s Gauteng province are “not some national road in Malawi”. Maharaj claimed the comments were distorted and taken out of context. But it was nothing more than a dishonest attempt to spin Zuma’s gaffe.

Non-governmental organisations in search of funding were not immune to spin and playing up problems. There were those who claimed, without any supporting data or research, that 30,000 children are trafficked into the sex trade in South Africa every year or that 12 Africans die of hunger every minute or that 2-million people will need food aid in Zimbabwe.

A note to readers: This is not an exhaustive list and we encourage you to browse our archived reports, fact sheets and guides. If you have any suggestions of claims you think we should check, please contact us. We will be back in the New Year to sift more fact from fiction. Thank you for your support this year and best wishes for 2014.