Blogger’s photo of ‘Kenyan classroom’ was taken in Cameroon

To highlight poor learning conditions in Kenya, a blogger tweeted an image of pupils in a dilapidated-looking classroom.

“This is not politics. This is a question of development. A question of infrastructure. Goodwill to effect a long-lasting change. This is a school in Kenya. The year is 2018. The Kenyan budget for that year was Ksh.3trillion [sic] (The exchange rate was 100Ksh=1USD),” said @ItsMutai on 2 July 2018. 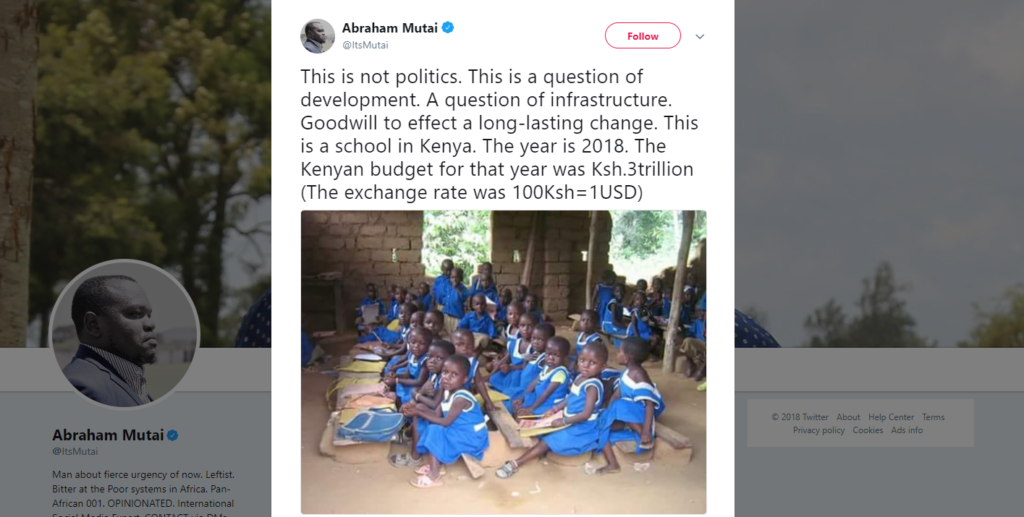 The Twitter handle belongs to Abraham Mutai, who has 316,000 followers.

The photo also appears on the website of International Children’s Awareness, a Canadian-based not-for-profit organisation.

The organisation took the photo, Marie Adams Robertson, a development consultant at ICA Canada, told Africa Check. It is of a school in the village of Besali in Cameroon’s Southwest Region but they had since built another one for the school, she said.

“The picture is ours, but the classroom they are sitting in is part of the school that we replaced,” Robertson said.

The organisation could not immediately confirm the exact date when it was taken but it was “probably” between 2009 and 2013.

While learning challenges in Kenya are widely reported and rightly of concern, the issues should be debated with accurate information. - Vincent Ng’ethe (06/07/2018)