Is Cape Town’s murder rate double that of Johannesburg?

Prompted by a news story on the world’s “50 most dangerous cities”, journalist Sipho Kings tweeted: “Cape Town murder rate is 65.5 per 100,000 people, double Johannesburg 33.3 per 100,000. Interesting that voters seem to think different.”

Africa Check reader Neo wanted to know whether that was true. 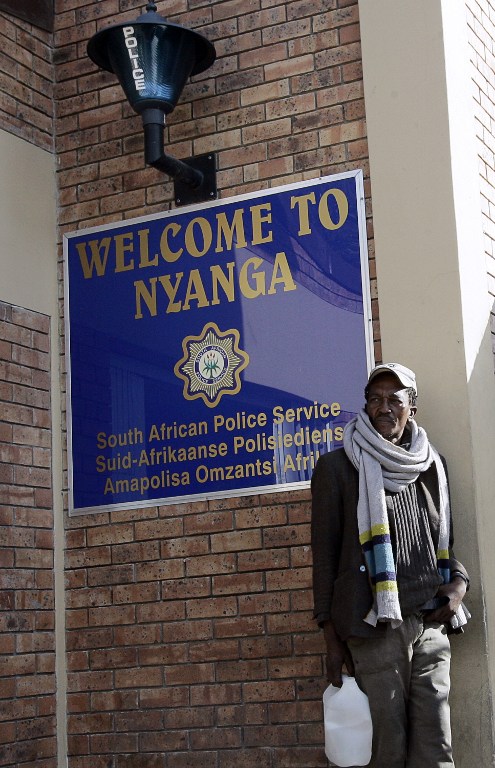 A resident waits outside the Nyanga police station in the City of Cape Town in July 2007. Photo: AFP/GIANLUIGI GUERCIA

The Mexican organisation that put together the list of dangerous cities explained in their methodology that they used South Africa's 2011 Census to obtain population figures for both cities.

Murder figures were from South Africa's crime statistics for 2014/15, but because "these figures were not organised by city, but by province and police station" the organisation added the murder figures from those stations "that belonged to each city". How they determined that or which stations were included were not explained.

But South Africa's cities grew a lot between 2011 and 2015, of course. We therefore asked Statistics South Africa for their most recent estimates of the population size of each municipality. (Note: It's available for download on their website.)

The next step was to work out how many murders were recorded by the South African police service in each metro. Here we used the Institute for Security Studies’ Crime Map.

As police precincts sometime straddle municipalities the ISS includes the total number of murders for a police station when more than 50% of its area falls within the municipality.

With these figures in hand, we then calculated a best estimate of the number of murders per 100,000 people in each city.

Your answer, Neo? The tweeted figures seem to be incorrect.

However, it’s important to remember that there are vast differences in risk within cities. Your race, gender, age, economic status and where you live influence to a significant degree whether you could become a murder victim, ISS crime analyst Lizette Lancaster previously explained. - 27/01/2016

University of Cape Town's Centre of Criminology: Where is the murder rising? Concentration to Cape Town and diffusion within