Conviction rates not a reliable measure of success 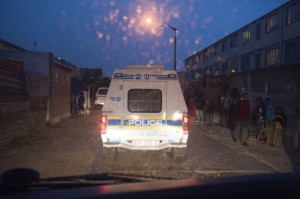 South Africa’s National Prosecuting Authority (NPA) has boasted a conviction rate of between 70% and 90%. According to an Eyewitness News report published today, the NPA’s success rate in courts “is between 70 and 95 percent, with the majority of convictions taking place in district courts”.

At first glance, the numbers look like a remarkable achievement, but how accurate are they as a benchmark of performance?

We looked at the issue in a report published last year.

The NPA defines a “conviction rate” as the “percentage of cases finalised with a guilty verdict divided by the number of cases finalised with a verdict. Convictions are counted at the date of sentencing or “not guilty” verdict, irrespective of when a plea was first entered. Therefore a case instituted in 2012, but concluded in 2014 would form part of the 2014 conviction rate.

More to the point, conviction rates do not reflect the number of successful prosecutions in relation to the number of crimes reported to police each year, let alone the large number of crimes that go unreported. Take the example of a year in which the NPA received 517,000 case dockets from police. Just over 74,000, or about 14% of those cases, were ultimately prosecuted. The NPA declined to prosecute in more than 300,000 cases (60%) and referred a further 130,000 to police for further investigation.

Similarly, a US study on convictions versus conviction rates has found that “a prosecutor’s high conviction rate may not be a sign that he is tough on crime and doing a good job”. “Instead, he might just be taking easy cases and letting too many criminals go without prosecuting them…” - Africa Check 22/10/14

Why conviction rates are an unreliable benchmark of prosecutorial success