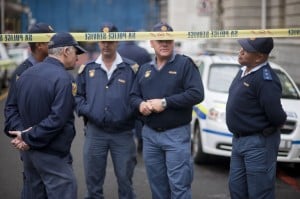 In the latest of a series of back-and-forth opinion pieces the South African Deputy Minister of Justice and Constitutional Development today accused a Western Cape MEC in the Cape Times of cherry-picking South Africa’s crime statistics.

Referencing an Africa Check factsheet prepared in conjunction with the Institute for Security Studies, Jeffery then claimed that “an increase in… drug related crime ‘indicates concerted police action against drug crimes’ ”.

The factsheet does indeed state that increased policing will lead to an increase in the number of recorded drug related crimes. But it also raises a number of concerns which undermine Jeffery's case, which he ignored.

The factsheet noted that “[t]he most notable aspect of the crime statistics for 2012/13 is that the violent crimes that cause the most fear and trauma amongst the public have increased”. The latest available crime statistics saw both the number and rate of murders and attempted murders increase for the first time in six years.

Murder cases increased from 15,609 in 2011/12 to 16,259 in 2012/13. Consequently, the number of murders increased from a total average of 43 murders a day to 45 murders per day. There were also increases in attempted murders, total sexual crimes, residential burglary, vehicle hijackings and theft from motor vehicles, among others.