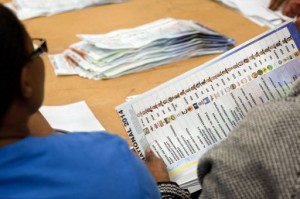 A reader today asked Africa Check to verify the claim in weekend media reports that "around 13 million" eligible voters failed to cast a ballot in last week's elections in South Africa.

Based on these figures -- and even allowing for factors such as the likely small incremental growth in the population between November 2013 and election day, and the number of South Africans living outside South Africa who did and could have voted -- we believe the number of "around 13 million" quoted in media reports is broadly accurate. - Africa Check 12/05/2014