Report that 'Nigerians' asked for vote in SA elections is baseless 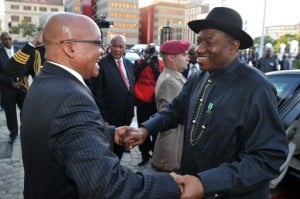 A report published on 19 March by the CAJ News agency, and republished unchanged by News24, claims that Nigerians living in South Africa last weekend demanded that they be allowed a vote in South Africa's upcoming elections.

Clayson Monyela, spokesperson for the Department of International Relations and Cooperation, was reported as rejecting the "ridiculous and unacceptable demands", relayed to him by a reporter, that Nigerians should be allowed a vote and even allocated ward council and parliamentary positions.

The article, which generated a lot of xenophobic comments on the website, criticising Nigerians, did not name a representative body or group that had made any such demands. Instead it suggested the reporter had spoken with some unnamed individuals.

Africa Check asked Monyela if he knew if any representative group had in fact made such demands and how the demands were presented.

“I don’t know how the demands were presented. I was responding to questions" from the reporter,” admitted Monyela. Africa Check's efforts to contact CAJ News and the reporter were unsuccessful.

When asked by Africa Check about the basis for the report, an official of the Nigerian Consulate in South Africa was unaware of any such demands and unable to comment.