Reports of 198 confirmed Ebola cases in Nigeria are wrong 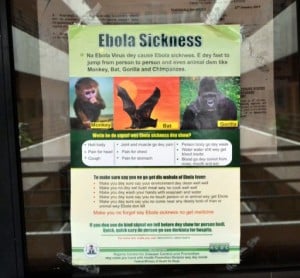 In recent days, a number of Nigerian websites have claimed there are as many as 198 cases of Ebola virus in Nigeria.

The most prominent was the DailyPost, which on 14 August ran a story under the headline: “Nigeria confirms 198 cases of Ebola in Lagos, Enugu states”.

Of these cases, “177 are said to be in Lagos... while the remaining 21 are in Enugu” the newspaper reported, citing Minister of Information Labaran Maku as its source.

According to a statement from  the Federal Ministry of Health on 15 August, there were just 10 confirmed cases,  including the four people who have so far died of Ebola, all of them in Lagos, disputing a claim from the Emergency Operations Centre for Ebola that it was 11.

“It is important to note that the number of confirmed cases remains 10 as at today and not 11 as earlier announced this morning,” Minister of Health Professor Onyebuchi Chukwu said in a statement. “We regret the error which arose from double counting in the process of communicating the additional death from the operational centre in Lagos to the Federal Ministry of Health.”

In the comments box on the DailyPost website a number of readers pointed out that the paper’s figure of 198 was exaggerated. “I am so outraged”, one anonymous reader wrote. “There’s enough panic as it is. If people believe these statistics there will be chaos.”

The figure of 198 is in fact closer to the number of people being monitored because they have come into contact with Ebola victims, but even this is inaccurate based on the latest statistics. The number of people under surveillance is changing almost daily but, at the time of writing, the most recent figures from the Federal Ministry of Health indicate that 169 individuals are being monitored. – Africa Check 16/08/2014