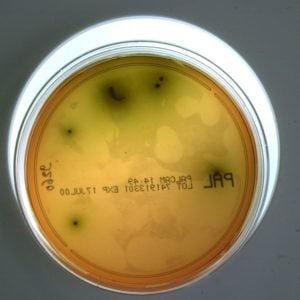 Closeup of a listeriosis strain taken in May 2010 in France. Photo: AFP/MYCHELE DANIAU

In South Africa, 67 people have died so far and hundreds more have been infected with a foodborne disease called listeriosis.

Writing about the outbreak, the Sunday Times reported: “Food scientists are now calling it the worst documented listeriosis outbreak in global history.”

The food safety scientist quoted in the report, Dr Lucia Anelich, confirmed to Africa Check that she was the source of the claim.

Anelich said she based it on documented cases, “because there may be people affected by listeriosis in countries where this is not documented”.

“Listeriosis outbreaks occur all over the world and of the documented outbreaks, figures are typically low, much lower than what we are currently experiencing in SA,” she said.

A 12 January 2018 update from South Africa’s National Institute for Communicable Diseases (NICD) shows that 748 people have been diagnosed with listeriosis and 67 have died since 1 January 2017.

This is much higher than the US’s deadliest documented listeriosis outbreak in 2011 when 147 people got sick and 33 died.

A European Union report on foodborne outbreaks in 2013 noted an increase in listeriosis among the 32 countries studied. A total of 1,763 cases were confirmed and 191 people died in that year. France reported the highest number of deaths, with 64 cases.

Data missing for half world’s population

A 2014 The Lancet study considered listeriosis research between 1990 and 2012. But researchers were unable to find usable data for 85 mostly low-income countries, representing nearly half of the global population in 2010.

Lead author of the study - Dr Charline Maertens de Noordhout from the Institute of Health and Society at Belgium’s Université Catholique de Louvain - mentioned an outbreak of over 1,500 cases in Italy in 1997 to Africa Check.

However, only around 300 cases were laboratory-confirmed, with other suspected cases identified via interviews during a later study. This Dr Peter Ben Embarek, a scientist in the WHO’s food safety department, told Africa Check.

The Italian outbreak was a less severe type of listeriosis, which only causes mild gastroenterological symptoms such as diarrhoea, Embarek added.

“The one in South Africa is the severe form of the disease, causing meningitis and severe symptoms and with a high case fatality rate among people in high-risk groups,” he added.

It is the largest listeriosis outbreak on record, Embarek told Africa Check.

“Listeriosis is a relatively rare and severe disease. Therefore each outbreak worldwide is usually investigated in detail and published in the scientific literature. Of course, there may have been other as large or bigger outbreaks of listeriosis in the past which have not been detected,” said Embarek.

Because of this, it’s hard to say whether South Africa’s current outbreak is the worst ever in the world, the NICD’s deputy director, Prof Lucille Blumberg, told Africa Check.

“What we do know is that this is a very large and serious outbreak. [The m]ajority of the cases of listeriosis are treatable with an easily available antibiotic.” - Ina Skosana (15/01/2018)